This has been on my mind for a while now, so it’s time I say it: Sex without love is automutilation of the soul. That’s kind of harsh isn’t it? Well, most important truths are rather harsh. When you tell girls this, they’ll call you old fashioned. When you tell guys this, they’ll try to argue that it isn’t true. The funny thing is that it’s more true for men than women however, which I’m going to show you now.

Dear reader, please take your soul out of your body for a moment, store it carefully in your closet. You’re now momentarily a typical specimen of the 90IQ 90k college debt generation. You’re a guy and you want to “get laid”. What do you do? Girls want to feel loved and attractive. That’s generally why they seek out relations with guys. As a guy, you’re going to try to maneuver those motives into sex. How does that work?

Well, there’s legions of dudes on the Internet, who have morphed into some sort of hive-brain with the single goal of seeking out no-strings-attached sex. They exchange their endless musings on women’s psychology: “With these new shoes I look 6 feet, so I changed my profile to 6 feet and now I got a HB 8/10 instead of the usual HB 7/10’s I have to put up with! That new pickup line worked really well dude, I’m going to use that one more often! What do you think guys, should I focus more on my pecs or my delts?”

But even better perhaps, are their musings on the hypothesized “shit test”. A woman puts up resistance against your desire to sleep with her, so now you have to show your high self-confidence by insisting on it nonetheless, instead of wavering in defeat. Or, you have to “neg her”. If you insult a woman and pretend it’s merely teasing her, the injury to her self-confidence will make her more willing to have intercourse with you and will make her think of you as self-confident and not dependent on her approval.

I don’t really dispute that any of these things work. You seize the hive-mind of a bunch of dorks with boring IT jobs and you filter it down into a series of commonalities, you apply these commonalities to your personality and appearance and now you have succesfully reverse engineered human reproductive instincts. Congratulations, make sure not to run into anyone who reminds you that YOU’RE A SOUL STUCK IN A BAG OF MEAT THAT GRADUALLY FALLS APART AND EVENTUALLY YOU’RE GOING TO DIE AND RETURN TO YOUR MAKER JUST LIKE EVERYONE ELSE, as that realization tends to interfere with the euphoria.

For what it’s worth, I think being forced to interact with dorks like this on a constant basis who try to reverse engineer their brains to make them perform sexual favors might be one of the reasons young women today suffer a mental health epidemic. It doesn’t shock me at all that young women surgically remove their breasts, start injecting testosterone and call themselves “non-binary”. I would probably consider doing the same thing if I was a young woman who overheard a group of drunk guys reveal how they truly view women.

Feminists are entirely right to hate men, I can’t blame them. What they don’t understand is that men were somewhat succesfully kept in line for almost 2000 years, by a Jewish guy with dreamy eyes and his queer disciples who abstain from sex and dress in a gender-neutral manner. Jesus’ first followers were probably women for a reason. It might not be perfect, but Jesus probably wouldn’t call you a HB 8/10 on some Internet forum where he asks for advice on what to send you next. 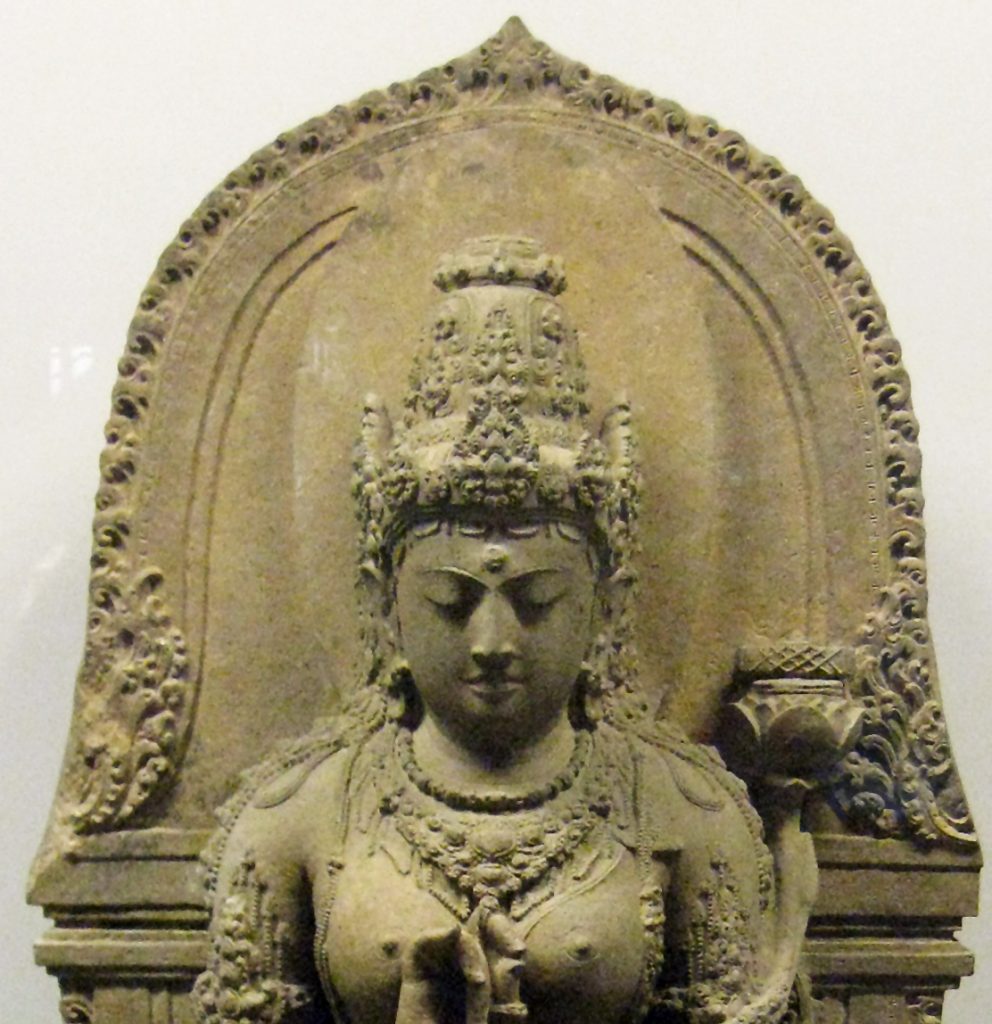 But here’s the twist gentlemen, the chapter of your life where Tara punishes your sins: If you intentionally change your brain, to help you exploit other people, how are you going to empathize with other people? You’re rebuilding yourself to be someone who is fundamentally engaged in a conflict with other people: You’re trying to get sex out of an interaction that someone else is trying to get validation and/or companionship out of.

“No dude, I can just turn that off! I can neg a HB9/10 and then when I find the woman of my dreams, who likes to play League of Legends with me and makes delicious burritos I will truly fall in love again!” Well sure, perhaps you’re capable of selectively turning off exploitative facets of your personality that you taught yourself. What your grandparents associated with love, you associate with a psychological competition, but sure, you can just turn that off again and now you’re like your grandparents again.

But here’s the thing: You’re not just teaching yourself to exploit other people. You’re abandoning your own personality, in exchange for some sort of cultural consensus among dorks. You’re not really you anymore. You’re turning into a blank template.

And here’s the worst part: The people we fall in love with, are weirdos. We fall in love with people who seem to have strange traits that set them apart from most people we know, generally traits we share with them or wish we had ourselves. Those are the people we have strong feelings towards. You can look up the scientific research that has been done on this, I’m too lazy to link to it. The contradiction is real: As you make yourself more popular, you make yourself less loveable.

I also think that fundamentally, guys who go along with this game are humiliating themselves. Don’t you feel humiliated, when a woman turns sex into some sort of carrot on a stick, instead of something she genuinely wants with you? Fundamentally, people who jump into this nonsense seem to accept that they are to some degree unloveable.

I have to share an anecdote, from a rich man I know reasonably well. He doesn’t take very good care of his appearance. He has an unhealthy diet that makes him overweight, but you can look into his eyes and see that he has a benevolent soul. At some point he signed up for a dating site and realized he didn’t really get a lot of reactions. So he thought to himself: “Do I really go ahead and put up that picture of me in front of the expensive sports car I bought?” Eventually he did, now he has a girlfriend who lives with him.

I think maintaining your dignity to some degree requires not being overly dependent on other people. For example, that’s why I don’t really buy flashy stuff: I don’t want to be dependent on other people’s approval. I would happily earn a lot of money to prevent a person I love from having to spend their days at a boring cubicle job. On the other hand, I can’t see myself spending a big sum of money on a car that would make other people think highly of me.

For the noble soul, every sin is its own punishment. The punishment for promiscuity is that we make it difficult to find real love. Prince Charles was told by his great-uncle to sow his wild oats, before finding himself an innocent bride to marry. We all know how that turned out. Poor Charles fell in love with a woman called Camilla. He ended up marrying Diana, a truly sweet wholesome woman, loved by the public. If you think that as a chronic lifelong cynic, I am supposed to dislike Princess Diana, you’re an idiot. You can look up the videos for yourself where she spontaneously holds the hands of AIDS patients despite people not yet knowing how the bug is transmitted and you can see that she’s the real deal.

Charles couldn’t truly love her however, the marriage became a nightmare. Eventually she died in a car crash. Her sons grew up dysfunctional, spending their days in a drunken haze at rowdy parties. Harry ended up completely psychologically subservient to an actress who wanted to experience the power of getting a prince to abandon his royal identity. Why did this happen? First of all, he was terribly afraid of being seen as a racist by people after wearing a Nazi armband. Second, he lost his mother at a young age.

Promiscuity is a genetic dead end. I’ve met people who don’t know who their father is. These are not psychologically well adjusted people. Sure, they’re confident, but confidence is not sufficient for happiness and wellbeing. For a functional society, I would recommend looking at Japan. They are not very confident people generally speaking, but families are stable and take good care of each other. I think it’s more ethical to have an abortion, than to put a child onto this world who will grow up without a father.

Note, I’m not necessarily saying here that you’re supposed to wait until marriage. That’s a different question altogether and marriage is a cultural construct anyway. What we know as marriage is basically a complicated ritual that is used to publicly announce that two people are going to start exchanging bodily fluids on a regular basis from now on. Rather, I’m merely saying that it’s a bad idea to uncouple love and sex from each other. Even the question of whether you can love two or more people simultaneously is something I don’t have strong opinions on.

Rather, what I specifically reject is the existence of “hookup culture”. I think this phenomenon is a product of modernity and I consider it to be highly detrimental to society. Things make human beings happy, when they contribute to the maintenance of a healthy functional family with happy children who will then go on to start healthy functional families of their own. That’s not necessarily the same thing as “lifelong monogamy”, but it’s definitely closer to lifelong monogamy than it is to exchanging bodily fluids with people you met through a hookup app.

Many people don’t really expect me to say this, they think of me as the epitome of libertinism. I think people fail to understand why I take psychedelics however. I don’t take psychedelics expecting a hedonic free lunch. Rather, I wish to understand my own place in the cosmos better and heal my brain. That’s also the reason why I’m coming close to the point where I will simply hang up the phone.

In fact, I think psychedelics have merely made me more conservative and stoic. I don’t understand how other people return from the realm without a strong feeling of duty. The Bodhisattvas don’t live in this world to go backpacking in Burma (omg it’s still so undiscovered) or hook up with a 9/10HB. They live here to develop compassion for all living beings and guide them along on the path towards liberation.