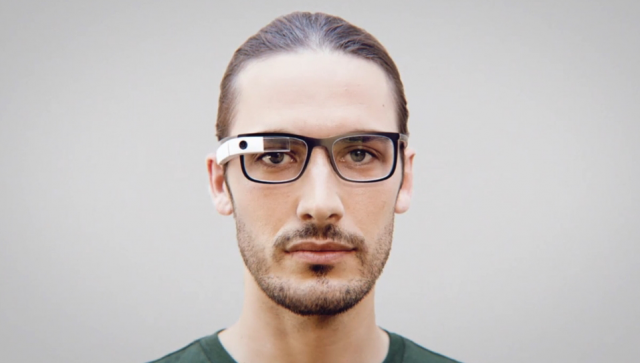 San Francisco, CA-Google engineer Michael C. Scott, 38, has become a bit of an oddity among his peer group. He has become notorious for his insistence that it’s all still going to work out somehow. Stepping over a homeless man high on fentanyl, he explained to our reporter that human potential is a truly infinite resource that has yet to be properly tapped.

“Every individual is a sea of unlimited opportunities. One day there was this college student, who had to figure out a way to pay for his tuition. So he set up this million dollar homepage, where you could place an ad. Before he knew it he had filled the page with a million dollar worth of advertisements. A bunch of other people then tried this too, but they didn’t have an original idea and failed so I guess they’ll just have to spend until their thirties paying off their debt.” He explains.

Staring at a homeless encampment on the other side of the street, he’s silent for a moment before proclaiming: “I think what’s key here is the power of positive thinking. That can be hard at times, I admit it. Life gets you down sometimes. But rather than wallowing in self-pity, you have to look forward, rather than forever looking back at everything that went wrong in your life. I for one, had my crush laugh at me at age ten when I gave her a rose on Valentine’s day, but do I stay stuck on that memory forever, do I let it affect the rest of my life? Of course not. I actually have a Tinder date this weekend, I’m not afraid of girls anymore. I’ll take some Gabapentin beforehand and I’ll be as smooth as a glider.”

“There isn’t really a problem we face that we can’t tackle. What’s holding us back are the obstacles in our own minds. That’s why I microdose LSD. Look at it this way. We had a global pandemic and within a year we developed an effective vaccine. These things used to take years and involved massive amounts of redtape and other regulatory hurdles, but now we can vaccinate people within days of the emergence of new variants. There’s really nothing left to fear!” He continues.

But what then, of other problems we might face, like the accelerating breakdown of our climate? Here too Scott has an answer ready: “Well I’ve been thinking about this and I get the impression that it’s overblown. I wouldn’t say that climate change is a hoax, I accept that it’s getting warmer and the problem is manmade, but I don’t see why we pretend that the fastest pace of carbon dioxide pouring into the atmosphere in tens of millions of years is necessarily going to lead to catastrophe. There hasn’t really been much progress in the past thirty years at these international conferences, but I don’t believe in doomsday prophecies because people predicted doomsday before, like Paul Ehrlich in the seventies. They were wrong back then, so a doomsday scenario can be pretty much ruled out at this point I would say.” He explains.

“Look at it this way. We’re in the middle of the largest global humanitarian catastrophe since world war II. The Greenland ice sheet is irrevocably lost, methane is pouring into the atmosphere in record amounts and scientists have no proper explanation, insects are disappearing, Russian cities are collapsing into the permafrost, the coral reefs that feed hundreds of millions of people in Southeast Asia will perish in heatwaves before the end of this decade, but actually, you need to look at this all as an opportunity. An opportunity to start doing things better. An opportunity for true equity. Did you know air pollution kills millions of people every year? We have the opportunity here to kill two birds with one stone!” He explains.

“The key here is adaptation. Do you know what the sick office syndrome is? Well sometimes when you’re in an airshut room together with a bunch of people, carbon dioxide rises to levels where you can’t think clearly. So what we do at Google is that we always make sure to open the windows, get rid of all that carbon dioxide that clouds our judgement. Eventually the air outside will start to cloud your judgement too, but when that happens, we’ll always still have nootropics! I’m taking Modafinil myself, I can really recommend it, I only need to sleep six hours a day!” His monologue continues.

From the other side of the street, a bearded homeless man roasting a pigeon on an open fire yells something at us: “What about the bees? The bees are dying, what are you pencilnecks gonna do about that? No bees means no food!” Scott promptly replies: “Well actually, it’s an incredible new employment opportunity. We’re going to train you to carry out hand pollination in agriculture! In fact, I might create a new App for that, I have this friend who works at Andreessen Horowitz, I’m sure they’ll give me some seed money for that. In the long run, we’ll automate the process by building a network of tiny unmanned drones, that will fly from plant to plant. It’ll be like Uber for farmers!” Scott shouts back at the homeless man.

“Alright, I guess I took a little more than a microdose.” Scott says to our reporter with a wide-eyed smile, as his pupils dilate further. “I got my Monero’s worth of acid, I definitely need to leave that guy a positive review.” He continues. “Oh I see it all now. We’re going to live forever. Well, me and the rest of the six figure crew at Google at least, not sure about the rest of you, but hey these technologies will become cheaper over time. It’s like the Internet, we will democratize access to this. I’ll make it to longevity escape velocity, as life expectancy will increase by more than one year with every year that passes eventually.” Scott reveals.

“I see a solution to the housing crisis. We’re going to live on the ocean. It’s going to be like those floating houses in the Netherlands, but we’ll build them on the ocean and we’ll figure out some solution against the crashing waves and this will be cost-effective to solve the homeless crisis too.” He continues.

“Hold on now, there it is, I knew it! Oh fuck, you had me for a moment there, wheh. Yep, that’s it. Forget about the whole nuclear fusion thing, here it is. Are you ready for it?” Scott asks our reporter. “ENHANCED PHOTOSYNTHESIS. Yep, that’s it. We’re going to grow genetically manipulated algae and they will have a photosynthetic efficiacy of anywhere up to thirty percent. You’ll need a plot of ocean the size of Madagascar and that should be enough to sequester the carbon dioxide, you’ll even be able to use this stuff as fuel in airplanes. It doesn’t matter much if it takes twenty years for us to get this up to scale, we can probably get away with blocking the sun with stratospheric sulfate aerosols in the meantime.” He reveals with a giant grin on his face.

“Yeah this is it guys. I’m seeing colonies on Mars. We will terraform Mars and we’ll use Dogecoin as a currency. We’ll crash meteors into the polar icecaps to generate an atmosphere. Earth will basically be like central Amsterdam, a playground for tourists. I’m going to move to Lagrange point L2 myself. I’ll upload copies of my mind onto the Internet and I’ll just enter a new body whenever I feel like it.”

Our reporter asks a personal question. “Hey have you ever considered going to the forest and just taking a high dose of Psilocybe mushrooms?” She asks. “No, why would I do that? LSD is more fun, it really stimulates your productivity. Look at all of these genius insights I’m having, I’m giving you the solutions to mankind’s predicament here. Honestly I don’t know why I’m even giving it away for free!” He responds.

“Can you explain why LSD is more fun than Psilocybe mushrooms?” Our reporter asks. “Well here’s the thing ma’am. When you take shrooms you’re connecting with nature. But with LSD I can see this giant artificial intelligence that’s going to emerge spontaneously on the Internet. It’s a very small step from AI that can drive a car to AI that can take control over the Internet. We need to spend our efforts developing friendly AI because if I waste it on other stuff like trying to reverse the erosion of Earth’s human carrying capacity this friendly AI will simply torture me forever as a punishment for my failure to help bring it into existence and thereby end human suffering by uploading all of our minds to its network, where we will have zero autonomy but perfect happiness.” He explains, as he steps into a needle laying on the sidewalk.

“Oh God, ouch what was that? No, that can’t be it. Oh God is that a needle? Fuck. I stepped into a dirty needle! FUCK! I’m gonna have hepatitis and HIV now! FUCK! I MISSED MY CHANCE! I’M NOT GOING TO MAKE IT TO LONGEVITY ESCAPE VELOCITY! I’M GOING TO DIE, JUST LIKE ALL OF YOU USELESS EATERS! FUCK!” He states, with a look of complete existential terror in his eyes. “Look, calm down, you’re tripping, yes you stepped into a needle but I’m sure you’ll be fine, hold on, let me get you to a hospital.” Our reporter responds.

This is where the interview unfortunately ended, as Scott had to be physically restrained and received a large dose of sedatives on his way to the hospital.