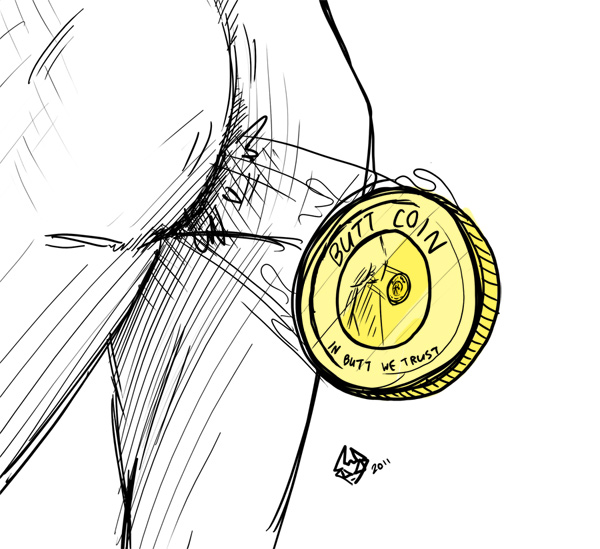 I bought Bitcoins back in mid 2013 and sold them in mid 2017. I repeatedly warned people in late 2017 that Bitcoin was ridiculously overvalued. Having spent quite some time studying the phenomenon, I like to think I have some qualification to voice my opinions on Bitcoin’s future.

Bitcoin is a speculative bubble, in the sense that its present value greatly exceeds the justifiable valuation. How can you put a figure on Bitcoin’s valuation? It’s admittedly difficult, but we can scrap the idea of Bitcoin as a store of value. It’s dumb to think of Bitcoin as a store of value, as something can only be a store of value due to other use cases that give it worth. Bitcoin is unique, but can be infinitely copied and improved upon. As improvements over Bitcoin emerge, Bitcoin will cease to be used as a means of transaction and as a consequence its value will decline.

Most speculative bubbles primarily redistribute wealth, from reluctantly converted skeptics to early enthusiasts. The people who tend to lose most in speculative bubbles are the reluctant types who initially look at it and think “this is never going to work” before thinking “shit I was wrong, I have to step in during the next correction”, only for the correction to be the start of its long path down to oblivion.

Bitcoin is unique however, in how it destroys more wealth than it redistributes, when compared to normal speculative bubbles. To understand this, you have to consider three variables that are important:

If you take variable one and subtract variable three from it, you’re left with the second variable. The problem with Bitcoin is that the third of these variables, is inherently designed to be enormous. The system is designed to be maintained through an endless race to find a solution to a specific computer problem. Those who win the race are rewarded with a fixed number of Bitcoins. Overall, this ensures that people will spend as much money to find a Bitcoin as a Bitcoin happens to be worth. Intrinsic in the design of Bitcoin is that it’s meant to be a costly system to maintain. The enormous cost to maintain the Bitcoin system is required to keep the system both decentralized and difficult for malicious actors to hijack.

This is also however, the ultimate death knell for Bitcoin. When the system is stable instead of rapidly growing, someone who earned 25 Bitcoins had to spend the equivalent of 25 Bitcoins to earn those Bitcoin. He will have to pay the costs he incurred to earn those Bitcoins, so he’s going to have to sell them. This works fine when the price of Bitcoin is going up: There are eager buyers to scoop up new Bitcoins and the costs incurred to produce the Bitcoin are generally a fraction of the value of the Bitcoin, so the miner can hold onto most of his coin. On the other hand, when the price stops going up for a long time, the miner eventually finds himself forced to sell every coin.

Who is going to buy a new Bitcoin for 19,000 dollar? There are very few people who can do so. The people who are rich in Bitcoin, are rich because their Bitcoins are valued very high. If they wanted to turn their digital wealth into actual wealth, they’d need to find a buyer for their own coins. They can borrow money and use their Bitcoins as collateral to buy new Bitcoins, but that merely delays the problem.

Up until 2017, the amount of money invested in Bitcoin minus the amount withdrawn was around 6 billion dollar, according to JPM. This is of fundamental importance to understand the Bitcoin bubble: Bitcoin as a whole has a much higher paper valuation than the actual amount of money people invested in Bitcoin. Now consider what follows. Let us assume miners spend as much money mining Bitcoin in 2019 as the Bitcoins they’ll earn are worth. Around 12.5 new Bitcoins are created every 10 minutes. This means 657,000 Bitcoins will be created in 2019, which means 1,971,000,000 dollar will have to be spent to pay for those coins, assuming they’re each valued at 3,000 dollar.

Ignoring anyone else who might want to dump coins (hint: Mt Gox) and ignoring anyone else who might want to jump in, the Bitcoin community would have to come up with 2 billion new dollars this year, to throw into the madman’s scheme they have constructed. That’s a third of the entire amount thrown into the scheme up until 2017.  We’re not looking at any of the other cryptocurrencies here, we’re just looking at Bitcoin. Who will have 2 billion dollar available to throw at Bitcoin this year? I personally doubt we’ll see such influx of money.

The thing to understand however, is that if Bitcoin is to be valued at 3000 dollar per coin forever, investors will have to come up with this huge sum of money again and again every year. In 2020 the block reward halves, so in the four years from then, we’ll need to see one billion dollar thrown at Bitcoin every year, just to pay for the people who produce new blocks for the Bitcoin blockchain. Eventually very few new coins will be created. When that happens the problem isn’t solved, as the blockchain becomes insecure and ceases to function, as explained in a study by the Bank of International Settlements.

Long before that time, Bitcoin as we currently know it will have ceased to exist. You might think that people can simply solve this problem by changing the rules, to keep the system going without consuming so much electricity. This is not possible for a number of reasons.

To start with, you have to understand how Bitcoin works. A block needs to fit certain rules to be accepted by every participant in the network. To make a new block that violates the old rules, everyone will have to upgrade to accept the new block. This led to enormous drama in the past, leading to new versions of Bitcoin like Bitcoin Cash that had new rules.

Instead, when Bitcoin began to run into issues with its transaction limit, the developers came up with a new rules that enabled a new kind of transaction to be used in a really quirky manner. This ensured that regular people did not have to update their software to continue using Bitcoin.

If you want to make a version of Bitcoin that doesn’t require everyone to spend huge amounts of electricity to maintain the system, you’ll have a really hard time doing so, without forcing everyone to update their system. The Bitcoin community today however is defined by the fact that everyone agrees that it’s designed to keep people from being forced to update.

It might theoretically be possible to make upgrades to the system that make the system less dependent on “mining” without forcing every user to upgrade their software, but those rules would have to be agreed to by the people who are doing the mining. Why would those people agree to be phased out of the system? This would mean agreeing to end their own business.

Another issue you’re faced with is that upgrading the rules by forcing everyone to update their Bitcoin software leads to a nasty outcome: Bitcoin splits in two! The old version of Bitcoin continues to exist, as long as people exist who are willing to use it.

My expectation however, is that Bitcoin will never be upgraded to start properly functioning. To understand why, imagine you own a share in a farming business that dramatically damages the long-term value of the land it owns by exhausting the soil. Every year the company can pay out high dividends to its owners because the soil is exploited beyond its natural regenerative capacity, but the problem gradually gets worse. Still, it’s perfectly possible the company never gets around to solving the problem.

Why is this? This is because those who discover the problem tend to be a small minority of share-holders. When faced with denial from the majority of the share-holders, their best option is to sell their own shares, while their shares still have value, rather than painstakingly trying to convince a majority. This means that the dissenters gradually abandon the company. Once the soil is extremely damaged to the point where it should be obvious to everyone that the process is unsustainable, the only people left with shares in the company will be those who are dogmatic believers in the need to continue their current business practices. To most of the original owners of the company who ended up abandoning the company, the remaining few owners will seem insane and dogmatic. However, they will still maintain majority control and thus nothing will change.

This is what happens to Bitcoin too. When people figure out that the network can not handle enough transactions, they first try to improve the protocol, then fail to gain majority support and set up their own coin (Bitcoin cash). When some of the people who are left figure out that all the mining happens in China, they will try to change the mining process but will find that most people don’t want to change it. They set up their own coin (Bitcoin Gold) and find that their own coin ends up failing too. Generally speaking, the people who understand that Bitcoin uses too much electricity to be sustainable don’t try to change Bitcoin, they simply figure out that an alternative cryptocurrency like Ethereum or Cardano has more long-term viability. As a consequence, Bitcoin is left with a shrinking community of people who will become increasingly more dogmatic.

This is not unique to Bitcoin. It seems to happen to a lot of religions too. People who want to change the Catholic church find that the Catholic church doesn’t want to change. They end up leaving the church, ensuring that those who are left will be dogmatic types, thereby causing the church to become more reactionary over time rather than less. This causes such communities to eventually fall apart.

Some predictions about Bitcoin

It’s not fun to claim something can’t work if you’re unwilling to predict how it’s going to fail. You need to make claims that are falsifiable. Claiming “Bitcoin will eventually hit zero” is a boring prediction, because there’s never a point where someone can say “see, you were wrong”! So, instead I will make predictions that are falsifiable. Here they are:

-Before 2030, the nine largest cryptocurrencies combined will exceed Bitcoin in value.

-Bitcoin will fail to develop a sustainable solution to its mining problem. Attempts to split away from Bitcoin and make a more sustainable version of Bitcoin will happen. Those attempts will fail and people will instead start to use other cryptocurrencies.

Bitcoin will probably be replaced by something better

Broadly speaking, there are two broad possibilities for Bitcoin:

I think the latter outcome is somewhat more likely than the prior, though I can’t dismiss either. Altogether, my advice would be to stay away from it.