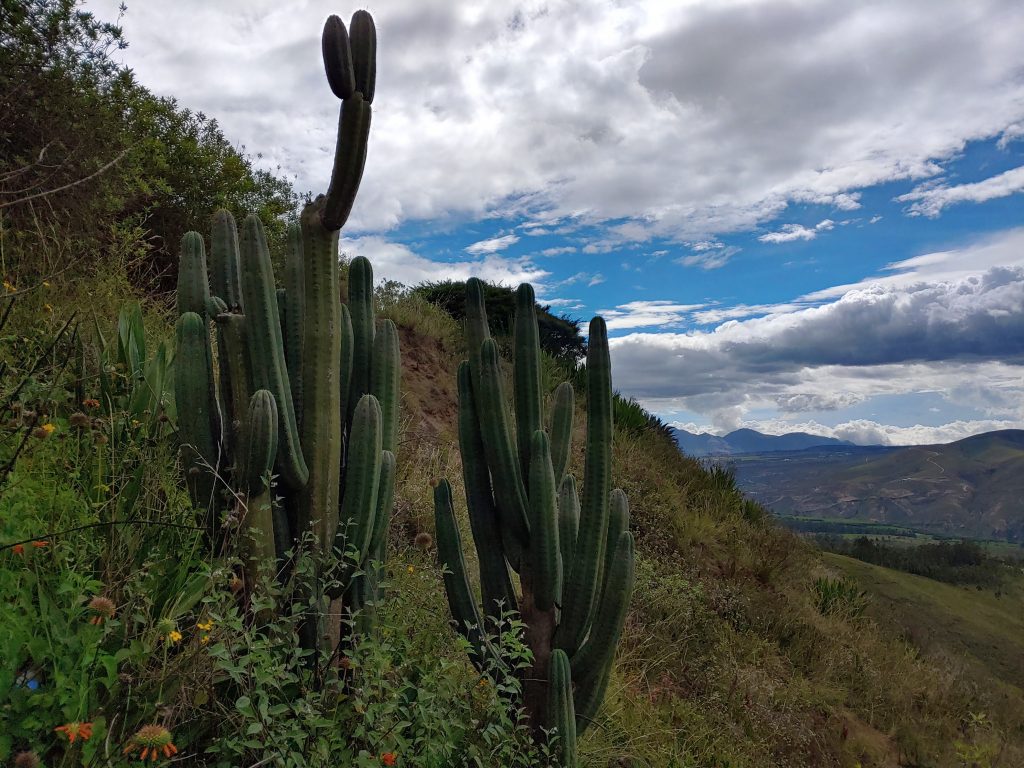 My favorite cactus in its natural habitat

This weekend I went camping in the forest with a friend. She took an epic dose of mushrooms, I took a modest dose of San Pedro. I don’t know if I can recommend guys to take mescaline together, the egos seem to clash in my experience, but your mileage may vary. On the other hand, this time the modest dose of mescaline worked extremely well. It’s one of the few psychedelics trips in my life I’ve had that have been fully benign and wholesome. My intention in taking the mescaline was mostly to make me better able to help her along in her journey, but she’s a trooper so she managed fine.

The closest I can come to bliss in this world is probably just eating raw San Pedro in the forest with people I like, although eating raw san pedro and going to the museum comes close too. I honestly don’t know how to make this post say anything significant or profound that would be worth reading for another person, because the feeling I want to describe is something that just isn’t significant, unusual or profound for the vast majority of people, but very much so for me: I just experienced genuine, authentic carefree and happy bliss.

Mescaline just makes being a physical being on this planet fantastic. Running barefeet through the grass, putting your feet in the water, feeling sunlight on your naked skin (certain parts of your body enjoy receiving infrared light from the sun but rarely experience it), physical touch, almost everything seems to become blissful, as your brain reconnects with your body. You’re filled with energy and healthy masculine confidence as well, you walk more upright and your voice is subtly deeper.

I’ve never experienced cocaine so I can’t properly compare it, but the confidence on mescaline feels natural and therapeutic, with an afterglow rather than a hangover. This makes perfect sense, when you consider you’re getting the higher level rewiring of connections you tend to get from psychedelics, with the overall dopamine and serotonin flood you generally only get from stimulants that’s somewhat unique to mescaline among the different psychedelics.

Peoples’ personalities naturally grow towards each other when you spend time together, if you spend time together on psychedelics and make happy memories you generally tend to accelerate this process. I can really recommend this, particularly for couples. An acquaintance had a father who was dying of cancer. He was a chemist by profession and wanted to take MDMA with his wife a few weeks before his death, it was a really good experience too apparently.

I’m well aware that how I spend my days is frowned upon by mainstream society. In fact we were discussing our plans as we walked in the forest and for the first time in my life I ran into a middle-aged Dutch woman who simply stared at me in complete hostile silence when I said hi to her. But there’s the thing: Dutch boomers in towns like mine tend to live in ignorant bliss. If TV shows are a reliable indicator, their biggest worry in life seems to be when they have a neighbor who planted a tree that casts a shadow over their garden.

On the other hand, before I started taking psychedelics I spent my days as a NEET, listening to obscure black metal and impatiently waiting for the collapse of civilization, dating black widow type girls whose only source of happiness in life seemed to be treating me as a doormat, seeing myself as an entirely helpless and innocent victim of forces beyond my control, as my immune system probably spent its days trying to annihilate my brain.

These days I am economically independent, living by myself and more empathic, having relieved my parents of the potential burden of having to take care of me in old age. My current lifestyle is probably not well-suited for raising children and I’m not claiming to be the apotheosis of having your shit together, but I’m doing much better than I would have anticipated ten years ago. I also very much hope to help other people out where possible.

I kind of thought I was going to hang up the phone in the past few weeks, but when you feel like hanging up the phone that doesn’t necessarily have to be forever: If the psychedelics are screaming the message in your face and clearly annoyed, I would at least recommend working with the message before jumping back in. When you find something that’s this helpful to you, you’re also supposed to share it with others when they seem interested in it.

Insofar as I have intentions for this post beyond serving as a diary entry, it would be to recommend you to experience mescaline if you haven’t yet. I could dump a bunch of studies here, but you’re not going to care and it would take you ten minutes of Googling. It’s easy to attain through perfectly legal means in most countries: You just have to eat a cactus. Oddly enough, one of the effects I notice of eating mescaline is that the cactus starts tasting less bitter: A beautiful vicuous cycle that ends in laying half naked in the grass with your feet in the water.

I really recommend taking mescaline. Honestly, the earlier you take mescaline and/or mushrooms in your youth, the more there is to salvage. I know some people will say that this is how you become schizophrenic, but that’s a risk some of us would be perfectly fine taking, because it’s the best candidate to allow us to experience real social resonation, that feeling of being genuinely human instead of an alien observing another species.

What I crave is the feeling eusocial insects experience, of just going with the flow without consciously realizing they’re doing it. Ants don’t think to themselves “I have to follow this trail of pheromones to look like a normal well-adjusted ant”. They just do it, automatically. And similarly, to some degree most people just adjust to what is socially dominant without being aware they’re doing it. To me that seems heavenly, because I can’t do it.