Humility is probably the most important of the traditional virtues. It’s also the rarest these days. The main benefit of humility I notice is that it makes you prettier and more loveable. Most people today suffer from severe narcissism, because we grow up in a culture where we’re taught to feel entitled. Parents don’t raise their children to be humble, they raise them to be entitled. Every aspect of our culture teaches people to “market themselves” and to be “confident”.

The reality remains however that at the end of the day, there’s a dirty toilet at the local gas station where people piss all over the toilet seat. Someone out there will have to clean that toilet, the job can’t be automated. That’s all fine and dandy to you, but it sure as hell isn’t going to be your kid. No, your kid is going to be a lawyer or a doctor or a college professor. So, you set out teaching your kid from an early age that it’s far too special to clean the dirty toilet at the gas station. That’s how we end up with a society full of narcissists.

If you ever find yourself missing someone you loved, then the most effective way to process it is to think back of the episodes where they revealed that they’re not really capable of genuine empathy, that the world revolves around them. I’m not really going to go into detail, but I loved a girl once and at one point she slipped the mask, revealing herself to be truly self-centered and lacking in basic human empathy. When I later pointed it out to her, she readily insisted of course that what I saw never happened.

I love medieval European culture, because people had it constantly rubbed in their face how utterly pointless all of their wordly attempts at fame and success are. Every sunday you had to go to church and every sunday you were reminded that you’re going to die. If you even do something as simple as planting a tree, you’ll be dead before the tree has reached its full height.

Your body will be burned or it will be consumed by maggots and bacteria, if anyone remembers you you probably won’t even have any way to know about it. My favorite Greek philosopher was probably Diogenes. He was once caught digging through the garbage by Alexander the Great, who asked him what he was doing. Diogenes responded: “I’m trying to find the bones of your father, but I can’t tell them apart from those of his slaves.” 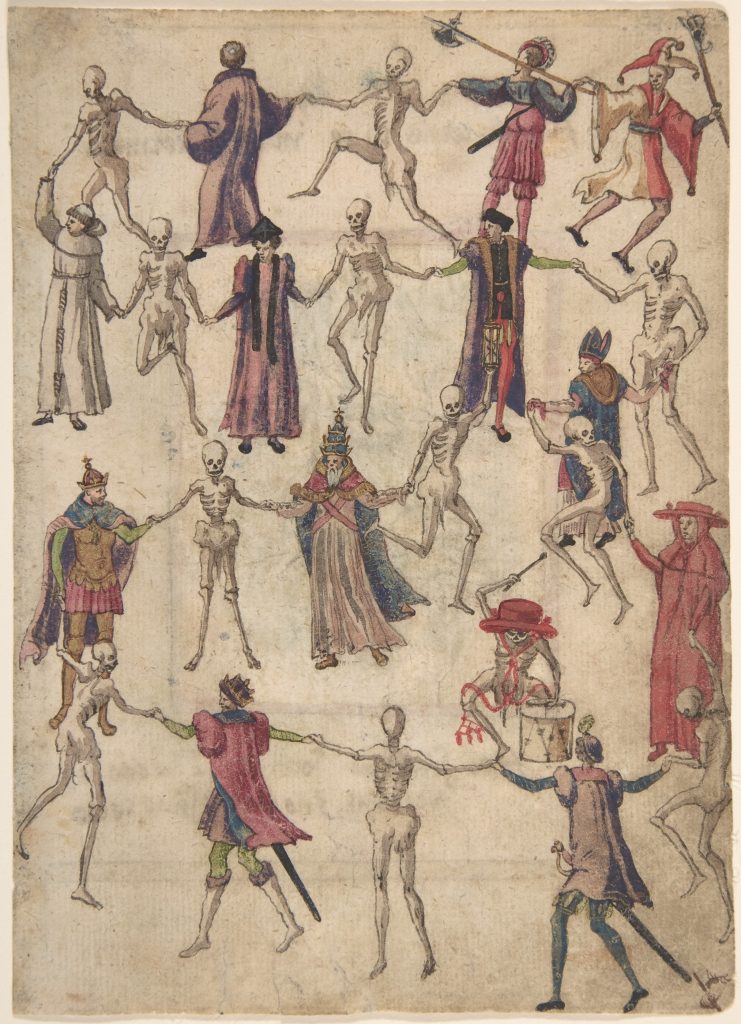 The best product of European medieval culture is probably the Danse Macabre. It depicts people from every part of society, dancing with skeletons. It illustrates how we’re all going to die, regardless of how important we might feel right now. If someone tells you he’s a “serial enterpreneur” or a “crypto influencer”, the best answer is: No, you’re a bag of meat that will have decomposed beyond recognition within the next hundred revolutions around the sun.

The only thing more hilarious than people who strive for success in this world are probably the ones who identify with their appearance. Some people are born ugly, the rest of us gradually become ugly. If you’re a woman, you have about twenty years at most, during which you are genuinely attractive to men. Some of you will be offended now, insisting that a woman can still be attractive at age fifty or whatever, not realizing the more important point, that it’s hilarious to be concerned with whether other people find you good looking when you’re going to die.

These days, I find that the only people I can genuinely love are the ones who harbor the rare virtues of compassion and humility. I know some people in real life who are genuinely kind and humble, when they die, I will genuinely miss them. On the other hand, I looked up some girl I vaguely used to know and she had this on her profile: “I am the master of my fate I am the captain of my soul.”

Yes of course, you’re the master of your fate and I’m the pope in Rome. If an airplane drops out of the sky at the right location from an act of God then you’ll be consumed alive by flames or if you happen to have a poorly formed blood vessel in your brain then you’ll die at age 34 without anything you can do to avert it, but hey, other than that you’re in control babe!

All these ambitions that humans set for themselves look like poor jokes to me. We’re going to cure aging, we’re going to control the global thermostat, we’re going to make life interplanetary, we’re going to split the atom and we’re going to live on the ocean. Then when things go wrong, we kneel down on the floor and we pray that the wind blows the radioactivity towards the ocean rather than blowing it towards Tokyo.

The only thing more hilarious than our hubris is the incredible mercy and restraint that God displays in response. When you’re playing The Sims, you let your Sims jump into the pool and then wait for them to die of hunger by removing the ladder they use to get out. When you play Rollercoaster Tycoon, you use your rollercoaster to play bowling with the guests. But when a new virus spreads around our globe, it kills 89 year old grandmothers with dementia and COPD.

But people don’t like to hear this. Nobody wants to hear: “You’re powerless, everything you strife for is in vain, you’re going to die and God is incredibly merciful in response to your hubris.” No, you want to hear that we’re going to colonize Mars and you’re the master of your own fate and the sky is the limit and the world is your oyster and Dogecoin is going to go x1000 and you can do anything you want as long as you just work hard for it.

Society went downhill when people stopped praying to thank God for their food. That’s kind of the right mentality to have in life. When you wake up in the morning, walk downstairs, open the closet and find bread, that’s a positive surprise. “Well the probability that someone broke in and stole my food or that I have a false memory of buying bread is <0.1%” No, God does not play dice. There’s nothing out there that we can take for granted. If you think you’re in control of anything, you’re mistaken.

In general, it’s hilarious that people pray to God, to ask things of God, like they’re writing a wishlist for Santa Claus. I remember girls in college who used to pray for a good grade before doing an exam. I’m healthy and I’m not in pain. What should I be asking God for? “Hey God, there’s a child in rural Nigeria somewhere who hasn’t eaten in a week and the bacteria from his mouth are beginning to eat his face alive, but if you have some spare time could you help me with something?”

“Protect me from succumbing to bad deeds and help me to become a better person.” That’s probably the most I can think of to ask God. That’s my prayer. To ask for anything beyond that, seems like an act of hubris. If bad things were to happen to me, then I must trust that God has reasons for that, even if I can’t understand those reasons myself.

You might say in turn that God does not exist, that the whole world is just a product of chaotic matter spontaneously rearranging itself in which I emerged as an emergent complex system. But if that were the case, I wouldn’t see the point in living. If God doesn’t exist, that doesn’t mean everything is permitted, it just means that everything we do is pointless.

And so you might find yourself wondering, if I am an hypocrite. After all, humility may seem hard to reconcile with having half a million Euro. Well, the honest answer is that it happened more or less by accident. I saw what I believed to be the virtuous path for me to take and the side-effect was money. At this point, the main thing for me to do is to figure out how to make proper use of it. My friends complain that I don’t spend more of it, but what could I legitimately ask for?

I think this is the right approach to have in life. Instead of asking yourself what you want to get out of life (my answer is “nothing”), it seems better to me to ask yourself first what God expects of you to do.