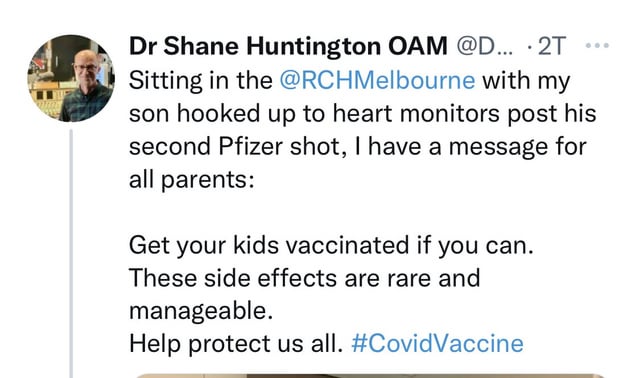 It’s kind of stupid to expect that you can influence most people’s opinions with evidence, facts or reason. Increasingly, Western society is divided between two categories of people:

-A minority of people who have a low socioeconomic status, who recognize how the world actually works.

-People who adhere to an opinion about how the world works that is factually inaccurate and/or extremely far-fetched, but happens to be associated with a high socioeconomic status.

The reality is that we now live in a world where the guy who fixes your sink or your car has a better understanding of how the world works than someone who has an Ivy League degree. The reason for that is because we have ended up in a society where the social norms among the managerial class dictate that you need to have an absurd worldview.

IQ is increasingly irrelevant, because modern society is so ridiculous that you don’t need to be very smart to recognize that the things we’re doing are ridiculous. Instead, you just need to have a mind that’s open to new information, even if adjusting your opinion in response to this new information will lower your status in the eyes of your peers. Most people are now incapable of that.

As a simple example, it’s now a common trend that men in their fifties who are married and have two or three children suddenly come to the conclusion that they have spent their whole lives living a lie, because deep down they are actually women all along. They then undergo a series of surgical treatments, like the destruction of their genitalia, insertion of fake breasts and removal of the bone underneath their eyebrows, to allow them to appear like they were born as women. In addition to this, they now have to spend the rest of their lives injecting hormones of the opposite gender. You don’t need to have a very high IQ to recognize that this is an absurdity. Rather, what you need is the ability to go along with an absurdity. If you can’t go along with this absurdity, if you say out loud “this is an absurdity”, it will make it difficult for you to take on a prominent position in our society.

It’s human nature to want to have a high socioeconomic status. If you have a high socioeconomic status, historically this meant you had a better chance to pass on your genes. If you reproduced, your children had a lower infant mortality rate. Women with a high status, like women from the nobility, often had peasant women who breastfed their children for them. Because of this they could have another child within a year of giving birth, which is generally impossible for women who have to breastfeed their children themselves. For young men, whenever a war broke out, you were generally last to be sent off into the meat grinder. Phd’s are not sent into the trenches.

Here are some ways to signal that you have a high socioeconomic status:

-Twenty years ago, it worked to signal that you have no problem with homosexuality. These days, even blue collar conservative heterosexual white men (the people with the lowest status in our society) tend to signal that they have no problem with homosexuality. This means that you need to signal the underlying message in a stronger manner. Ways to signal your status now tend to involve signaling that you’re in favor of transgenderism. Although most working class conservative heterosexual white men can now stomach the idea of being around a guy who takes it up the ass, the idea of a guy who signs up to have his body surgically mutilated to fool people into thinking he was actually born as a woman is still a bridge too far for them. You can signal that you consider this all perfectly normal by putting your pronouns in your Twitter biography or dressing your son up as a girl.

-Buy an electric car. This allows you to signal that you care about the environment, but also have a lot of money to spend, both of which are associated with a high socioeconomic status. You could theoretically also avoid owning a car altogether of course, but this makes it difficult to distinguish you from someone who simply doesn’t have enough money for an electric car.

-Go to Africa as part of a “voluntourism” project. This means you spend two weeks in an African orphanage, before flying back to your own country. The children have two weeks to grow attached to you, only for you to abandon them again in the same way as their parents abandoned them. You could also just stay home and donate the money you save to Terre des Hommes or some other charity, but the screenshots of a donation to a charity won’t charm your peers as much as the pictures of you surrounded by African orphans.

-Get a Phd. The best way to signal your high socioeconomic status is still to get a Phd. This demonstrates that you were willing to spend years of your life, increasing your socioeconomic status. It doesn’t change the fact that you’re still decomposing biological matter that expires after ninety revolutions around the sun and turns into compost again, just like the rest of us, but it makes it look like you accomplished something meaningful in the meantime.

-Disparage your own native language. If you’re Dutch, a great way to signal your socioeconomic status is to pretend to have an accent because you studied abroad for a year.

-Brag about how much time you spend being “busy”. You should leave the impression that you spend every single moment of your wake hours engaged in work. In reality you probably sit in a sterile cubicle somewhere under fluorescent lights browsing Facebook and Instagram most of your time, but you need to convince your peers that you have a very busy and very important job.

-Always make sure that you don’t directly explain what it is that you do on a daily basis at your job. At least that is, unless people have a high opinion of the job. If you’re a brain surgeon, sure, tell people that you’re a brain surgeon. On the other hand, if you have a bullshit job, like most people with a high socioeconomic status, be sure to be very vague when you describe your job. Here are some terms to consider using:

Be creative. If you’re afraid that people might figure out you spend your days staring at a screen, filling in numbers in a spreadsheet and writing obscure documents that three people skim through, be sure to throw in more lingo and buzzwords.

-Avoid exposing yourself to information peddled by anonymous accounts on Twitter, especially if you see them posting pictures of green cartoon frogs. The sort of information these accounts post tends to contradict what people with a high socio-economic status believe to be true. As an example, if you expose yourself to the information peddled by anonymous accounts or by people who are banned from social media, you may find yourself believing that the SARS-COV-2 vaccines are killing a lot of people. Although this is factually correct, it’s a belief that you can’t be honest about. In other words, you’re better off not being aware of it, because if you ever reveal yourself to be aware of this fact, it will harm your career and your socio-economic status.

-Never admit that you made a mistake. People don’t respect honesty, they respect confidence. Admitting that you make mistakes reduces your status, because most experts never admit they were wrong, which thus makes you appear as less competent than the other experts. As an example, never admit that the vaccine is proving to be less effective than you anticipated. Instead, always make sure to simply blame the “new strain” and the “antivaxxers” for anything that goes wrong. Whenever things go worse than you expected, blame the people who don’t do what you say. When things go better than you expected, take credit yourself.

As an example, many health care workers constantly learned throughout their education and training that you should avoid shaming people for being sick. The AIDS epidemic was often given as a good example. This is no longer true. If people now get sick, you should blame them for not being vaccinated and/or failing to follow social distancing guidelines. This has the effect of making unvaccinated people who get sick from this virus delay seeking healthcare, thereby giving them more time to spread the virus and making their condition worse by the time they do end up going to the hospital. That doesn’t matter however, because the dominant cultural narrative has now changed.