It’s not very hard to become rich quickly. It just requires sacrificing your integrity. What I notice about people who struggle to make ends meet is that they tend to be surprisingly innocent about how the world actually works.

Look at how people earn money rapidly these days. I’m referring here to people like me, who start out with zero. Some of them are “done” before thirty. The way they generally do it is by sacrificing a portion of their soul. 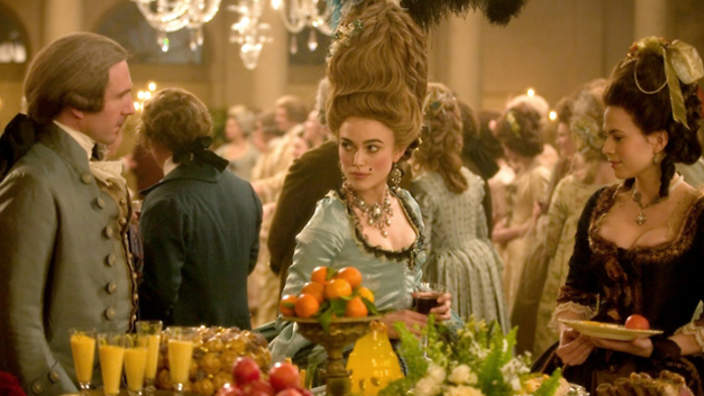 The reason costume dramas are so popular is because most of us (particularly women) deep down just want to live the comfortable existence of what we once knew as the rentier class. You have some property, which produces interest every year. It could be rent from some real estate, it could be dividends from your stock. You and your nuclear family live off this interest, thereby ensuring you don’t have to work. If your ancestors have been doing this since the 19th century or later, you’re a rentier. If your family has been doing this since before the French revolution, you’re an aristocrat as well as a rentier.

If you’re part of the rentier class, then you generally married and had children young. The wife was a socialite, she spent her days entertaining the family friends and upholding the family’s position. Her husband spent his days managing his property, his responsibility is to ensure the family never ends up forced to take on a job that is below their social status. In Victorian England, there were a handful of jobs an unmarried woman could occupy. You could teach children, or you could work as a governess. That’s about it. If you took on an improper job, you essentially fell out of your social class. Men from the rentier class would not marry you.

Keynes declared that he was going to euthanize the rentier class, because human beings are jealous and can’t accept the existence of a demographic of people who are not forced to work, so now we have the Only Fans class: The new socialites are those who can monetize their presence on the Internet.

Imagine having to explain to your children one day that mommy used to earn a living taking photos of herself. I’m a reluctant conservative, because I think children are happiest and healthiest when they grow up in conservative families. People should do what they want when it doesn’t hurt someone else, but I think most “modern” lifestyles are hard to reconcile with children who grow up in stable conditions.

Women want to marry rich men. You’ve heard this everywhere because it’s true, life isn’t fair. Every girl grows up listening to fairy tales about virtuous peasant women who end up marrying princes. “Sure, but what about intelligent wholesome women?” They want it even more badly. “Alright, so what about a really intelligent likeable woman? Surely she doesn’t mind that I work in retail/customer support/a warehouse?” She spends her days wishing she was born 250 years earlier.

As human beings, we tend to like equality. We’ve never had a society where we accomplished this, so we accept the second best thing, meritocracy. “Everyone has the same chances, so the good skilled people end up on top.” We can be content with that idea, because we all think that refers to us, or at least to our children. Nobody is going to march under a banner that says “ugly dumb people with no clear skills should be able to make ends meet too”. No, we believe that our children are smart, so we want college to be free.

Of course meritocracy isn’t truly fair. Now the real inequality just becomes that some won the genetic lottery and others didn’t. If you’re smart, you’re lucky and get to graduate college, if you’re dumb you’re forced to live in poverty. Meritocracy thus evolves into a system that rewards effort, rather than talent. In practice, this leads to a society where people spend their days, signaling loyalty to the system. Why do people virtue-signal on Twitter? If you have no useful skills, the only way to get a decent position in our society is to show your loyalty to the system.

If you believe that the circumstances of your birth are a coincidence without deeper meaning, then this tends to be the scenario you end up with. It’s very hard for an atheistic society not to end up as some sort of technocratic Marxist dystopia. You end up wanting government to make society more fair, but “somewhat fair” can never be fair enough.

The way we used to solve this problem, before the French revolution, is by believing in God: God has a reason for placing us in one social class or another. God decided the king would be the king and you would be the peasant. Joseph de Maistre figured out that this idea has a big advantage: It allows people to have peace with how society is ordered. If you wish to base social hierarchies on reason, then it turns into endless conflicts and struggle, with misery for everyone. Look at the 20th century and the evidence for this idea is clear. Tens of millions of people were murdered by marxists and fascists, because they happened to be wealthy or disobedient.

I think we would be best off if we just accepted the existence of inequality and trusted that some higher divine principle decides what sort of situation we are born into. I say this as someone who was born in poverty, to parents who were unemployed. It caused me difficulties, but I think the biggest difficulty I encountered was the severe pressure to escape poverty. I love my parents dearly, so I don’t blame them for that, but it was a difficult experience. If your social class is something you live in for the rest of your life, then society becomes forced to make sure every social class has a basic state of dignity. Medieval Europe for example, didn’t have slavery: People would simply not put up with that.

Over the years I have earned some money, I am now relatively affluent for my age. People tend to tell me to go out there and life a wild life. Of course, that is what most people do: They travel around the world, they sleep with random people on Tinder, they check a bunch of old buildings off their bucket list and then they move back home without any money left.

I’m not morally opposed to this. The reality is more that it simply doesn’t appeal to me. I think the world outside of Europe sucks and I think I’m incapable of being promiscuous, not from a low libido, but from the simple fact that I find other human beings very intimidating when I don’t know them very well. “What about India? Surely you wish to see India?” You might say, but the sad truth is that even India has been going downhill ever since the demise of the Gupta dynasty.

I think what I truly desire in life, is just a simple rentier existence. Two adorable children, a boy and a girl. If finances allow it, there would be three children. A lovely wife, who knows how to keep our guests entertained. She likes children, gardening and reading literature. My wife is somewhat innocent and naive about how the world works. For my generation of men that means she never earned any money through onlyfans and she never watched beheading videos on gore sites where you can hear the death rattle.

My wife would never have to work a day in her life. I would hang out with my male friends regularly, we would go to the gym together and we would advice each other on which stocks to buy. I would stop taking psychedelics because I would have seen everything they have to teach me and my wife wants me to uphold a responsible image to my children. If I were to go to a concert with a friend or watch a Gaspar Noe movie together, I might still smoke some weed. Of course the paradox is that my ideal wife loves to smoke Salvia Divinorum. The only thing sexier than a girl who smokes Salvia, is a mother who stopped smoking Salvia because she has responsibilities now.

When I become an old man, I would have enough money to ensure my children don’t have to get an actual job when I die. My son would work, because he wants to ensure his own children will have the same luxury. When he becomes a young man, I would take him apart when the wife and daughter aren’t home, pour him a glass of whiskey and then I would explain to him how his old man pulled it all off.

In short, my life would be a high-tech costume drama, but without the drama and cheating.