It's what people without talents or strengths are evolved to do. It's an adaptation of the weak to survive in a competitive environment. pic.twitter.com/w728NMgkVc

I honestly can’t think of a better example than the lockdowns. It took the average autist about ten minutes to figure out this was a bad idea. It’s really not that difficult. Anyone with an IQ above 115 or so has the raw processing power needed to run the whole thing through your heuristics and figure out that it fails the test. If you’re smart enough but couldn’t figure it out, there are three possibilities: You’re hypersocial, evil or both. And if it wasn’t obvious yet, the average autist got it right: 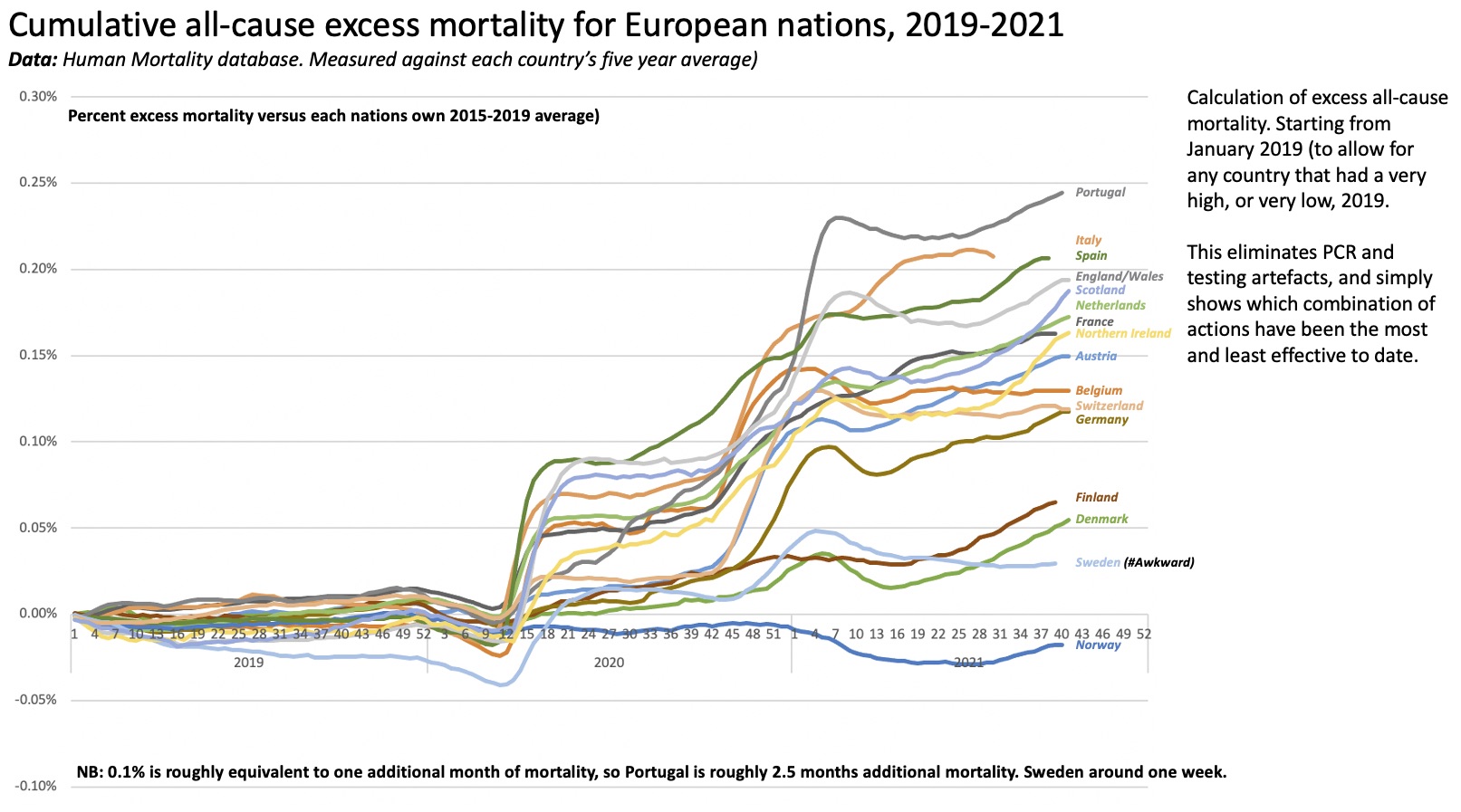 Most people just can’t base their opinions on factual evidence. When they try, they’re going to interpret the factual evidence through the lens of “what am I suppose to believe”. As an example, I told my brother, who helps make COVID policies for the government, that they should give the elderly vitamin D. He got very angry and the next day he returned and began complaining about some particular study he found, arguing that it’s bad quality because it had too few people included etc.

His brain just isn’t designed to see how the world really works. His brain is designed to get along with other people. His conscious mind then tries to come up with a theory that confirms that whatever allows him to get along with other people best is actually correct. If you take Yglesias and the rest of the Vox crowd, that whole mechanism is amplified a thousand times over. The whole business model of Vox is that it takes whatever the people in power currently want you to believe and then it goes about explaining this stuff to you in a manner that sounds plausible. I rest my case.

There’s the other thing you’ll notice. Many people have a worldview that just isn’t based on factual evidence but on a group consensus engineered by bad actors through use of propaganda. At some level they know this. The way to tell is that they will tend to react with extreme anger when you give them any piece of information that doesn’t fit into this group consensus. Twenty years from now, these people will get very angry at you if you tell them “there once was this protest on Tiananmen Square…”.

If you’re autistic, you’re going to enter a discussion on the basis of “this is what the information available to me suggests to me”. The other person however is just going to feel threatened, because you’re threatening the group narrative. Historically, disputing the group narrative is the sort of stuff that got you killed. “Look, isn’t it kind of strange that a goat ate the stoning verses of the Quran, if this book is co-eternal with Allah and perfectly revealed?” is the sort of question that would get you killed during particular eras of history (though probably not during the Islamic golden age).

During a pandemic like this and its totalitarian response, most people’s “if I walk out of line I’ll get killed” instinct is triggered. Dutch people survived world war I by not participating and world war II by paying everyone lip service and not taking a side. If you resisted the Germans they would kill you, if you supported the Germans, you would die on the Eastern front as a volunteer or the Dutch “resistance” would rape or kill you after the war. There is a handful of working class men who resisted the occupation, but they were almost universally cranks. Neurotypical people just adjust to whatever is dominant. That’s their main talent.

Let’s return to Matthew Yglesias. The sad thing is that he is 100% right. He evolved to conform to whatever the people around him are doing, because that’s how you survive. When you have too many men like that around however, humanity tends to enter dark chapters, filled with cruelty and atrocities.

You see, the nice thing about masculinity is that your mind isn’t focused on what allows you to survive. It’s focused on what allows that what is good, beautiful and true in this world to survive. The autistic hypermasculine brain is basically designed to be fully equipped to die in a war. If all men were like Matthew Yglesias, we would be ruled by Mongols right now.

I hate to say it, but if I look at Matthew Yglesias, the first thing I think is “low prenatal testosterone”. If all men were like Matthew Yglesias, women would have a hard time finding a guy who can hit the cervix too. The whole reason vacations to places like Gambia and Jamaica are a thing is because after two bloody world wars the West is now filled with guys like Matthew Yglesias, but that’s a subject for another day.

The Mongols had the following trick: They showed up to the walls of your city and they offered you a deal: Surrender to us and pay us some taxes and hand us some troops, or fight us and face extermination. That’s how they expanded so rapidly. They went with the oriental approach to war made famous by Sun Tzu: Winning by avoiding the fight.

But some cities were ruled by autists, who thought to themselves “If we decide to fight them, we will all die, but we’ll take down 10% of their horde with us. This allows the next city they siege to take down 15% of the remnant, until eventually they can no longer expand. Then it’s a matter of time until they implode from internal division.” If you’re autistic, ie your brain was poisoned with testosterone in your mother’s womb, there’s a fair chance your “those fucking mongols are back” instinct was triggered at some point during this whole sordid episode. Unfortunately however, if the West is now filled with hypersocial men like Matthew Yglesias and his kin our future is going to be Chinese.