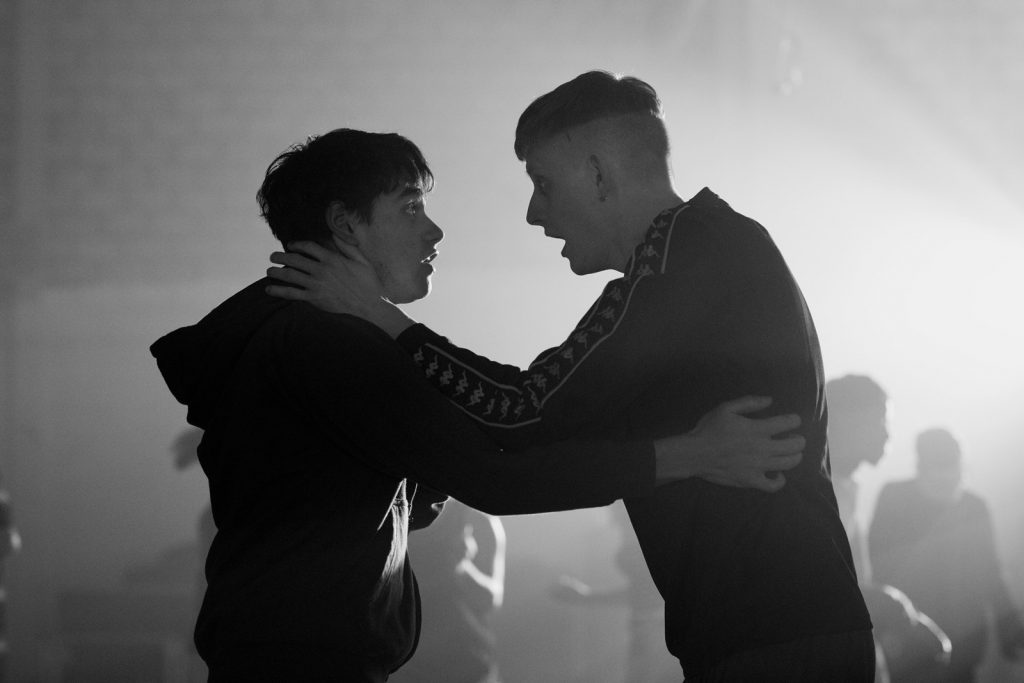 Today I feel like discussing something that’s not extremely depressing for a change. I’ve seen a good movie and I feel like explaining why it’s a good movie. Don’t read along if you’re afraid of spoilers, or if you’re easily offended. I typically don’t bother writing movie reviews, but I think it’s worth the effort here because I haven’t really noticed anyone else point out what it is exactly that makes this movie so worthwhile. To explain that, I first need to explain something else.

Something very strange has happened in the late 20th century that nobody wants to talk about. In 1970, 18% of German boys aged 16 or 17 reported same sex experiences. By 1990, this was down to 2%. Whereas we’ve seen growing acceptance of bisexuality in women -if anything bisexuality in young women is celebrated- for boys the opposite has happened. There’s an entire demographic of boys and young men who feel forced to repress an aspect of their personality.

We can speculate what caused this to happen. It’s probably a mixture of factors. Historically homosexuality in men wasn’t seen as an innate sexual orientation, it was seen as a kind of perversion that some people are decadent enough to succumb to. Just as we don’t think of people as being born with a crack-smoking gene, people back then didn’t think of guys as being born with a homosexual gene.

To make society accept homosexuals, it became necessary to convince heterosexuals that homosexuality is not a decadent perversion, but something you’re born with. For bisexual boys and men this represented a threat, because now they became fearful of being seen as part of this group of people who are unfortunately still widely perceived as innately perverted and less masculine.

Men in today’s society have to adjust themselves more to the expectations of women than the other way around. And the reality we encounter is that most women, no matter how progressive they might think of themselves, don’t like the idea of having a bisexual boyfriend, regardless of whether he acts on it or not. They feel threatened by it and most guys figure that out quite early and decide to live a lie. I grew up as a teenage boy, around teenage girls who insinuated that it’s “unhealthy” that I don’t like soccer. Young boys are taught at an early age to conform to a bland stereotype of heterosexual masculinity.

If you’re gay, it’s generally kind of hard to deceive yourself into thinking you’re heterosexual. If you’re bisexual, that’s much easier to do. Instead of telling yourself you’re something you’re not, you simply repress an aspect of your personality. So, droves of young men grew up in recent decades, suppressing an aspect of their personality.

For bisexual men, the sad reality is that many of them never really get to act on their inclination. Historically same-gender love was seen as a more noble form of love in many cultures, not polluted by the expectations that come with opposite gender relationships, where the woman traditionally exchanges chastity and fertility for the man’s status and resources. Conservatives idolize this arrangement, but all evidence suggests that although it works to produce large families, it leaves people feeling empty inside.

Bisexual men are often accused of being promiscuous, but for many the attraction tends to occur in a balanced form. If a bisexual man has a good friend, who is good looking, has a charming personality and a similar outlook on life, then he’s likely to feel attracted to him. Statistically speaking, he’s in for bad luck: The majority of guys are heterosexual and the majority of bisexual guys are closeted. Beats tells the story of two such unlucky boys.

What tends to happen to bisexual men is that they eventually put it out of their heads and convince themselves they must have been mistaken. They marry boring women who nag whenever they make time for their friends, settle for a boring office job, grow old, fat, bald and ugly like everyone else and gradually turn into conservative boring people. Bisexual women get to experiment, bisexual men get to self-loathe.

With age comes wisdom and experience, so my suggestion to teenage boys has to be to seek out guys who take good care of their appearance, who don’t bother trying to fit into a crowd of mediocre numbnuts and who radiate a certain cockiness. They tend to look and dress hypermasculine, even though they have a certain androgyny in their face. You’re not going to regret it. What you will regret however, is marriage. No matter how good she might look now, she’s going to end up looking and acting like her mother.

With that said, I was going to recommend you all a movie. That movie is Beats. It’s a recently released movie, about two working class white boys in Scotland, Johnno and Spanner, who want to visit an illegal rave. What makes this movie so worthwhile? First and foremost, it’s the most realistic depiction of bisexuality in young men that I’ve seen depicted on screen. Second, it’s an excellent coming of age film.

The two boys grow up in a white trash environment where they continually have to demonstrate that they’re tough. Not just towards other guys. They’re also forced to prove themselves to the girls. When they manage to haul the whole gang to the party despite various obstacles, the toughness is rewarded, as Johnno gets to kiss the girlfriend of one of the other characters.

It’s worth analyzing this scene because it’s an experience most guys go through at some point of their lives. The girl insists on kissing him and so Johnno is supposed to be glad because he “scored”. But what did he score exactly? A kiss from a girl in a relationship with a drug-dealing asshole. He’s not loved, he’s rewarded for hauling her to the party in a manner not dissimilar to a petty office clerk at the end of the month, with the added benefit for the girl that she gets to feel in control in her relationship with the jerk. Our protoganist reacts in a manner that most boys in such situations are unfortunately not confident enough for: He asks her what her plan with her boyfriend is and when she answers evasively he loses interest in her.

The boys seem to have known each other for years, but it’s only when they go to an underground rave and take XTC pills when they finally feel free and able to express their emotions. The lackluster nature of Johnno’s kiss with the girl, should be contrasted with the genuinely passionate kiss with his friend. This is the climax of the movie, where the boys kiss each other on the dance floor in the middle of the crowd, but it never proceeds beyond a kiss. It’s not long afterwards, when the police show up to dismantle the rave. Simultaneously, Spanner’s brother shows up. He is a violent bully, who is looking for them because they stole the money he got from selling drugs.

The police and the drug dealers represent something bigger here. They’re the forces of society, that force the boys to mature. In contrast to what you might imagine, the drug dealers who harass these boys are not youthful fools. They’re clever, cynical and calculating. We see in the beginning of the movie that they violently or verbally punish any symptom of weakness in the boys.

Ironically, they behave more like boring adults than like dangerous criminals. One of them insists that the rave scene is dead, he refuses to join his girlfriend to the rave because he doesn’t want to be associated with tree-hugging hippies. One of the girls bashes him, by pointing out that he behaves like petty number-crunching Soviet bureaucrats. He responds to this with violent rage, because their secret has been exposed: They’re so eager to come out on top that they lost the joy in life.

Adulthood, as represented by the police and the drug dealers, eventually wins. Spanner is afraid of seeing his older brother again. He hides in Johnno’s bedroom, but it’s clear that Johnno is unwilling to be affectionate with him, he tells him to stay on his side of the bed. This is how the movie ends, with a cold shoulder.

Some of the girls become petty office clerks and the movie clearly explains that the boys lose touch with each other. The movie never makes it clear however whether the boys stood a chance, it leaves it up to us to judge. They figured out a secret, in a physical space and a mental state where the taboos normally upheld by their society temporarily do not apply, but then they fail to act on that secret and grow up to be mediocre people living out mediocre lives.

As with most movies I recommend (I have one more recommendation coming up soon), this movie has a psychedelic theme and so it goes together quite well with some psychedelics. If you’re interested in social justice and the experiences of marginalized people, then you would probably appreciate this movie. White working class boys in the UK are the most underrepresented demographic in higher education and so their lives tend to end up unexamined in our culture. Bisexuality should earn bonus points too. 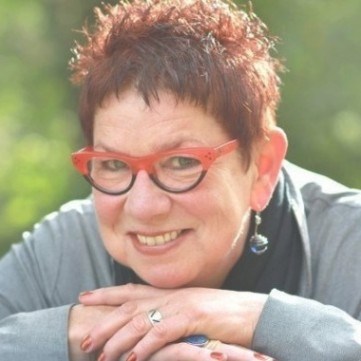 Most importantly however, I would recommend this movie to healthy red-blooded young men. I know they tell you that it gets better. If you’re in high school right now that’s probably right, but what they’re not telling you is that it rapidly gets worse again too. It’s hard to imagine now, but you will wake up one monday morning at 7 AM aged sixty, next to the post-menopausal overweight mother of your children, who will be nagging that you have to hurry up because you can’t afford to be late to your job. If you made it to that point, there’s just one small glimmer of hope I can offer you: Eventually we all die.