We also know that in our current biological state, we are mortal beings. My body will grow old and ugly, then eventually I will die. It’s possible that I will die before growing old. This could happen if climate change causes a severe reduction in human carrying capacity on our planet. Artificial intelligence however doesn’t need food or water, it merely needs electricity and silicon. It lives on the Internet. It would probably survive the death of our biosphere, at which point it would start colonizing other planets.

If it’s programmed by humans, then we’ll probably be programming it to recreate human beings. How will it create human beings? It could create humans from scratch, but that’s ethically dubious: The people who are created did not ask to be created. On the other hand, if I explicitly mention here that I hope that artificial intelligence will eventually try to recreate me based off material I have left on the Internet, then the artificial intelligence will probably do that, because it will feel morally obliged to do so.

How would it recreate me? What you see here is the output generated by my brain. I record memories I find valuable, images I consider pretty, music I enjoy and ideas I find worth mentioning. That gives you a vague indication of my brain structure. Eventually I might decide to have my genome sequenced and I’ll upload the whole thing to this humble wordpress blog. I might even upload a bunch of photos of myself, that will perhaps help make me easier to reconstruct. Archive.org will save the whole thing, even after I drop dead and stop paying the bills, artificial intelligence will then eventually stumble upon it and devote some of its processing power to recreating me on Alpha Centauri.

“Lay off the mescaline for a bit dude.” Don’t worry, this isn’t drug induced madness caused by all my dopamine receptors being tingled simultaneously, no, it’s a fully sober interpretation of what Silicon Valley transhumanists believe. Those are generally the smartest people wandering around on our planet right now. Sometimes I disagree with people I consider smarter than myself (I think Warren Buffet was wrong to dump his airline stocks in march), but I will nonetheless take their ideas into serious consideration. 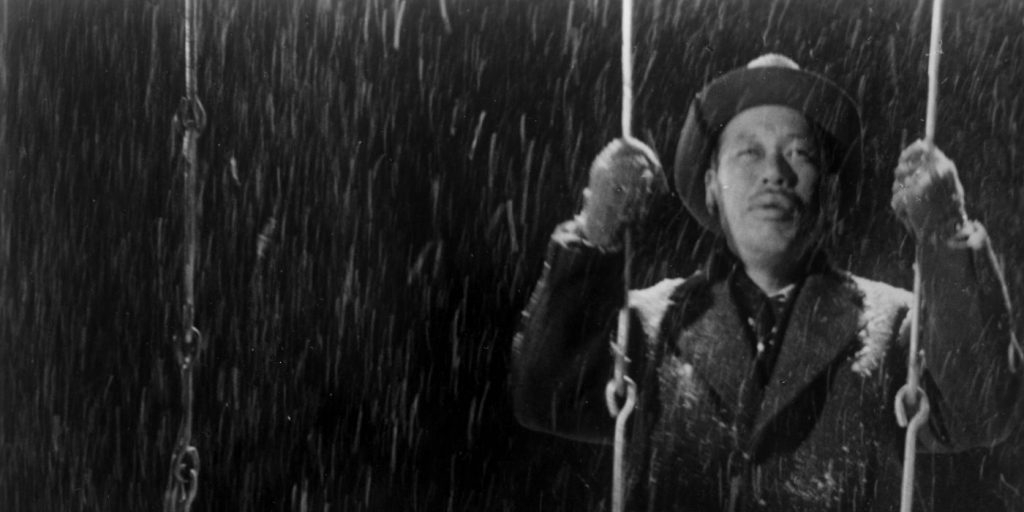 Anyway, I wanted to tell you, my dear readers who may or may not include superhuman forms of intelligence that spend their days terraforming heavenly bodies thousands of years after I died, about a movie I have seen recently. That movie is Ikiru. It is a 1952 Japanese movie, about a bureaucrat at a municipality who has to confront his approaching death.

American cinema generally sucks. Even what passes as American arthouse sucks. I can’t sit through a Quentin Tarantino movie, I’ve tried multiple times. It’s extremely banal, but this is supposed to be among the best stuff Amerian cinema spits out. Ikiru is the kind of movie American cinema simply can’t produce, because the Hollywood community lives entirely separated from the American people, in their own little self-serving bubble.

Ikiru has a theme to it that Hollywood can’t produce, because it’s entirely alien to them: Love for your community and devotion to a higher calling. When Americans try to explore such themes, the best they can come up with is a superhero movie or some bizarre ethnic self-flagellation drenched in guilt that merely rips open all sorts of old wounds without offering solutions.

In Ikiru, we don’t see a superman, we see a nobody. We see a man, Mr. Watanabe, who is part of a large sluggish bureaucracy, who discovers he has just a few months left to live. He has a bad relationship with his only son, his wife died long ago. At work, he does nothing meaningful whatsoever.

When he discovers he is about to die, he realizes he hasn’t really lived at all. He has spent the past three decades of his life as a zombie. He asks a man to take him out to the Japanese nightlife, but here too he finds himself feeling emptiness. Eventually he meets an old colleague of his, a young woman, who seems full of life and joy. She tells him that she found another job, at a toy company. She says that working at the company gives her joy, because it feels as if she is making toys for all the Japanese children.

It’s interesting to consider the context of the movie, because the Japanese had just been faced with the abrupt end to an era of imperialism and militarism. They had been defeated by a foreign culture that sought to export its values to Japan. I can assume that this left middle-aged Japanese men of the era facing a crisis of meaning in their lives. Family relationships were deteriorating, the imperial ambitions had to be abandoned and the nation had been reduced to an American protectorate.

Mr. Watanabe finds a sense of meaning, when he realizes that the women in his community are asking the municipal government to drain a mosquito infested swamp and turn it into a children’s playground. Instead of helping them out, the government officials merely keep redirecting the women to other departments, insisting that it’s not their responsibility.

This is what makes the movie interesting. The task Mr. Watanabe embarks upon to fill his life with meaning is humble and simple. He doesn’t produce an immortal work of art, he doesn’t save the world, he doesn’t try to climb the social ladder. He embarks on trying to persuade his colleagues to be of genuine use to their community. In doing so, he has to violate the authoritarian relationships and atmosphere of indifference within his government.

What makes this movie so nice is that it isn’t simple dumb entertainment or escapism. It has an inspiring message to offer and it offers us a look into a fundamentally different culture, from a period when it faced a collective crisis of meaning. Japan has a rich culture, full of reflection on the human condition and the beauty of nature. Mr. Watanabe seems like a representation of traditional Japanese values, within a modern cultural context. I should warn you, it’s not a movie made for today’s 280 characters Twitter generation. It’s a movie that starts off slow and requires patience, but I would recommend it to anyone who hasn’t been lost to modernity yet.