I tend to have the impression that right-wing NEETs of the green frog variety tend to have some sort of Stockholm syndrome. These white teenage boys and young adults spend a lot of time, glorifying and hyping up a culture that has effectively left them rotting away in their childhood bedrooms. And rather than asking themselves whether that culture really functions well, they tend to bash other cultures.

Consider this whole “Dindu Nuffin” meme. The stereotype is that black mothers will insist their black son was not responsible for some crime, even though he was. You can bash them for that, but to me it just appears like envy. Wouldn’t you want your mother’s love to be unconditional? I know I would. It leads to sons who are confident and able to make their own choices in life.

On the other hand, white mothers tend to raise their sons to be good gears in the machine of a sick society. My mother forced me to go to gifted classes, in some apparent attempt to more effectively turn me into a computer nerd. There I would have to sit with the other vitamin D deficient Caucasian boys and listen to the rambling of some neurotic man who was still traumatized because his mother sewed him woolen swimming pants that came off in the pool. Not even Asian mothers force their sons through this.

The bigger the discrepancy between your parents status and their desired status, the worse you’re going to suffer as a kid, because they’re going to try to achieve upward social mobility through you. Of course this doesn’t work. When everyone sends their kids to college, a college degree becomes useless, so you end up doing a boring computer nerd job on your laptop in your childhood bedroom.

On the other hand, what I tend to notice with black parents is that the mothers tend to leave their sons very free. Consider Juice wrld as an example: “Higgins was a heavy drug user during his childhood and teens. He began drinking lean in sixth grade and using percocets and xanax in 2013. Higgins also smoked cigarettes briefly before quitting in his last year of high school because of health issues.” He was apparently drinking lean as a twelve year old. I wouldn’t say that’s ideal, but the difference in parenting style should be obvious.

White and Asian boys tend to end up stuck in a zero sum rat race of getting better grades than the other boys, to keep their mothers content. They might end up very smart as a result, but they never really get the opportunity to be themselves. They end up with an intellect entirely oriented towards abstract information. Black mothers don’t really do this to their sons, so you see the result: A handful of burglaries, but more importantly, an explosion of creativity.

So what explains the difference? Well, black people realize at a deep guttural level that this society isn’t built for them. If your ancestors were slaves, you recognize this system is designed to exploit you. If your ancestors were day laborers, they were basically similar to slaves, but you don’t recognize it, as these ancestral memories are lost. In other words, white trash tends to end up under he mistaken delusion that this system works for them and if it didn’t work out in their own life it must be because of some mistake they made themselves. Turn your son into a computer nerd and the problem is solved, or so they think.

And when white boys do end up genuinely creative, it tends to be because they grew up with mothers who have the mentality of a black mother. Consider this example of Lil Peep from a Rolling Stone article:

Womack had raised her sons as budding socialists with a healthy distrust of authority, so it wasn’t particularly upsetting to have a tattooed, weed-smoking teenager who loved punk rock and hip-hop and hated school. (She didn’t know about his Xanax habit until much later.) “Look, we think American capitalism is a horrible thing,” she says, sitting beside Oskar on a couch in her living room. She and her sons had bonded over a mutual love of the rabble-rousing punk band NOFX, particularly the anti-corporate music-industry screed “Dinosaurs Will Die.”

This mother allows her son to craft his own direction in life. The product is immense creativity:

On the other hand she could have gone the same route as most white mothers, making him afraid of getting bad grades and emotionally manipulating him by crying when he smokes weed and she would have ended up with another object oriented PHP developer.

The difference may largely be down to the fact that black mothers tend to be far more religious than white and asian mothers. If you’re religiously inclined, you don’t take anything for granted, you recognize your children as a gift from God instead of the logical consequence of having sex without contraceptives. When your child is a blessing from God, your love for the child is unconditional. 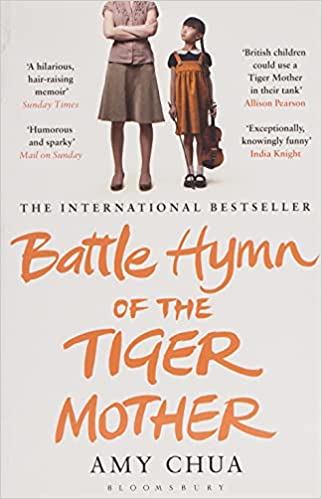 Unfortunately, white mothers generally don’t look towards black mothers for inspiration. They look towards Asian mothers. They imagine placing high expectations on their children will lead to huge success. In reality it will lead to neurotic insecure children, afraid of making use of their own potential to do something genuinely new. Children with broken spirits who are going to end up doing mediocre IT jobs. Don’t do that to them.