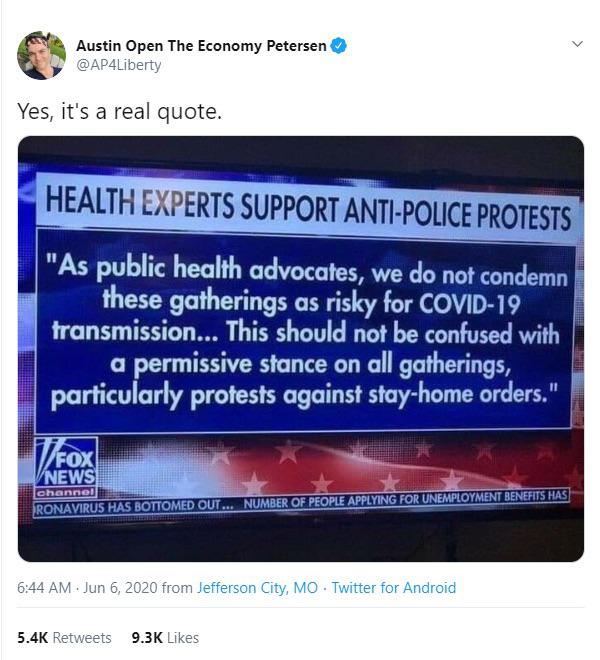 “Renouncing the world” ceases to be an achievement and becomes a temptation as Progress progresses.  -Don Colacho

I’ve had Salvia trips in the middle of the forest at dusk, during which a fifth dimension opened behind me and clowns at a supernatural carnival began mocking me. I felt less alienated from society when that happened than I do lately. What do you do when the world around you stops making sense and people seem to have collectively lost their minds? Some people just decide to lock themselves up in their homes and start reading fantasy novels and playing video games. I don’t really do that, because I get nothing concrete in return for that.

Rather, I generally just look for some ways to earn money. That might sound shallow and vain, but I’m in an era of my life where I become practical and realistic. I don’t like the concept of being forced to work. In addition to this, there is a range of things I like to do with my life, as I grow older the range of things that require cash begins to expand. As a teenager I could entertain myself simply by staring at a colony of ants for an hour (autism is a blessing in disguise, don’t let anyone tell you otherwise). I still enjoy going to the forest, but I now realize that my time on this Earth is scarce and fleeting.

With two months of investing, I have now earned as much money as I do in half a year of work, if you take taxes into consideration. In contrast to my day job, I genuinely consider investing fun. Essentially, I earned 17,000 euro doing something that I enjoy doing. One of the fun parts about it is that you can laugh at the normies. Some numale coworker said mean things to me because I upset him by explaining why the batsoupflu is no big deal? Say mean things to my 17,000 euro.

The part that I like most about it is being right when most people are wrong. If you wonder why I wrote essay after essay about the batsoupflu, now you know. For the past few months, understanding this virus was basically part of my job. I already sold some of my stock, because they’ve shot up so rapidly that I can no longer consider them undervalued. If you’re interested, I’ll explain some of my ideas on investing in my next post. If you’re not interested, I’ll probably still do it.

Why have people lost their minds?

I think it’s important to help you understand how this mass outbreak of hysteria could take place. Remember, we are in a situation of mass hysteria. Just because it seems that almost everyone considers what’s happening now normal does not somehow make it normal. Back after 9/11, Bush had a 90% approval rating. In Austria, 99% of people once voted to be annexed by Nazi Germany. In Egypt, around 90% of people support the death penalty for people who leave Islam. An idea or a mentality can be extremely popular, yet nonetheless extremely stupid.

What has taken place in the past few months, is extremely traumatic for normal prosocial people. People behave as if they have lost their minds, because they have gone through a collective trauma in the past few months. Unlike weirdo’s like you and me, normal prosocial people have a deep faith in the institutions that govern their society, as well as a deep fear of death that they normally have to suppress.

For most people, March 2020 was an absolute unimaginable nightmare. People were afraid to leave their homes. They were locked inside their houses and told that their only valid excuse to leave their house was to visit the supermarket. They saw their prime minister on TV, addressing the whole nation, telling people that a new deadly virus had spread across the country, a virus that would kill one out of every thirty people it infects.

This virus was not going away without a vaccine, it was going to flood the intensive care with patients. We had to stay inside, to make sure the intensive care would not be overcrowded. Those of us who are not part of the 3.4% of infected people who die, would spend weeks in the hospital, stuck on a mechanical ventilator. Our lungs would be damaged for the rest of our lives.

Remember, that’s what you were told. You’re already trying to rewrite the narrative in your head, because what you were genuinely told by the media is so extremely traumatic that you can’t properly deal with it. You have basically functioned in survival mode for weeks. You were essentially told that something had spread out of Southern China, that would wipe humanity out like a bad case of fleas. The Catholic Pope and European politicians were speculating that this must be nature’s vengeance against humanity. The media was showing you pictures of corpses laying in the streets of Italy.

In addition to this, conservatives are able to put the issue of death into perspective. Some of them are veterans, they have lived through experiences where their lives were at risk. Most conservatives are religious, they have faith that although they will eventually die, their deaths make sense in the bigger picture. Conservatives respond to what has happened with anger at the media and at their politicians.

For progressive people, there is no proper response to this. Remember, young people signed up for huge college debts, with the idea in the back of their heads that scientists can deliver us some sort of objective truth about the world we inhabit. Imagine spending 90,000 dollar to learn about epidemiology in college, only to discover that epidemiologists have caused the implosion of the global economy, by being wrong about a virus.

The political establishment that embraced these lockdowns, is almost without exception progressive. They had to struggle against people like Trump, who were downplaying the virus. And now we face a situation, where the average Joe with common sense was right, whereas the experts got it wrong. If you want to understand the virus, you were better off listening to your racist Uncle Bob who dropped out of high school or some anonymous Dutch dude with a blog, than you were listening to Blue Checks on Twitter with Phd’s in epidemiology.

The reality remains, that the expert class has completely failed us. The media failed to properly report on this virus and ask critical questions. The World Health Organization failed to report on the numerous mild cases that don’t lead to any significant symptoms. The politicians failed to help us put the virus into a proper perspective. What did the expert class do? They terrorized you, over what we can now recognize as a glorified cold virus.

Progressives are aware of this at a subconscious level. They realize that the actual events do not fit the narrative that we were warned about. We were told that this was going to be an existential threat to civilization. It turned out to be no such thing.

“Science” has replaced the role of religion for modern progressive people. The scientists are infallible and virtuous, they are capable of giving us insight into the human condition. What took place here would have the potential to shatter that faith in “science”, because scientists as a community have failed. When Africa faces hunger of biblical proportions and the American economy implodes by 50% over a glorified cold virus, you can say that scientists have failed us.

It doesn’t shatter the faith however, because most human beings are fundamentally not rational. Rather, our brain protects us against the logical outgrowths of reason, through a psychological immune system. Normal human beings have all sorts of psychological mechanisms built into their brain that prevent them from seeing the world as it really is. That prevents them from embracing ideas that would make them depressed or unpopular among their peers, both of which historically generally wiped your genes from the gene pool.

People are unable to psychologically cope with the realization that the entire scientific-political-media-academic establishment imposed extreme existential terror on us back in March, for no good valid reason. Because they are unable to cope with it, they just don’t accept the reality.

They convince themselves that although they were morbidly afraid to visit the supermarket in March and hated those who dared to go outside for trivial reasons, they are now able to gather in large crowds to protest because they happen to wear a mask. They completely forget about the experts who warned them that we would see a huge spike in deaths, two weeks after people gathered in a crowd somewhere. They try to reconcile the irreconcilable.

What has happened to people causes extreme cognitive dissonance. They now need some alternative outlet for their pent up rage and frustration. They have decided to embrace the most politically correct and culturally sanctioned outlet they could think of.

These people respond with rage and fury, as they take their religious devotion to the extreme. When it became clear that the Catholic church was failing in the 15th century, when it started selling indulgences to the masses, people did not abandon Christianity.

Catholicism had lost its credibility, but rather than abandoning Catholicism, people took Christianity to its natural extremes, in the form of the teachings of Calvin and Luther. If Calvin had lived today, we would have seen him as some kind of Islamic terrorist. In Switzerland, he essentially set up a theocracy that burned women accused of being witches.

People now face a similar situation. They’re filled with rage, because the systems they had faith in have completely failed them and they are unable to acknowledge that reality. They respond by becoming religious fundamentalists.

For most modern people, faith in equality is a fundamental quasi-religious aspect of their identity. In the old days, people felt deep shame about sex, particularly women. Religion served to reinforce this shame. Today’s people feel deep shame, about intolerance, discrimination and bigotry. What sort of people do we see at the Black Lives Matter protests? Young skinny blonde women, with wealthy parents. They’re the exact sort of people who would have been indoctrinated with guilt about sex in previous periods of history.

Most progressive people’s biggest fear, is to be perceived as a bigot of some sort. The most frightening thing they can think of, is to be seen as a racist, a homophobe, a sexist or a transphobe of some sort. What happened to that woman in Central Park, the extreme shame she now faces, is a faith worse than death in the eyes of most of these people.

What we face right now is thus for all practical purposes an overnight outbreak of religious fundamentalism. People have been faced with a crisis of faith and they respond to it by publicly displaying their extreme devotion.

Leave a Reply to Fucko the Clown Cancel reply