Most guys in the modern world are born with a congenital lack of ego. It shows in the kind of women they end up with. The woman gets to treat herself as a special price and you’re supposed to be flattered that you get the privilege of sleeping with her after jumping through all her hoops. I don’t understand: How do you not consider this humiliating?

Look for a woman like Helga G. Pataki, a true woman of virtue in the classical sense of the word. Never settle for any less. Helga, perhaps due to her terrible childhood, is mature for her age. She is already capable of something most modern women aren’t really capable of: Genuinely loving one man. This poor kid Arnold is spoiled and doesn’t even realize it, he wouldn’t know a good thing if it hit him in the face.

He’s at that golden age, the sweet spot when all the girls in class are bigger and stronger than you. And this cruel woman named Helga has no mercy for him. She constantly bullies him and shatters his ego to pieces like an overdose of mushrooms, only to put them back together again as she reveals herself to crave his affection. A woman like that triggers a rollercoaster of emotions. I knew a girl like this once, she constantly bullied me, telling me I would grow up to be a serial killer. She was a blonde however, so it wasn’t meant to be.

A woman’s ability to love is easily exhausted. Too many heartbreaks and it’s over. She becomes cynical and indifferent towards men. She checks herself in the mirror, takes a look at your balding head and thinks to herself “I guess this will do”. Then eventually she will think “it’s time for children” and the two of you will create a sufficiently big barrier to divorce to stay together for the rest of your lives.

Again, we return to Helga Pataki. She lacks every quality modern men tend to seek in women. She wears the same unfashionable clothing every day, she has a unibrow, she’s mean and nobody likes her. And yet, she carries the rarest and most important of virtues, the one most sorely lacking in today’s society: The ability to love.

This boomer guy Craig Bartlett is a genius. You think I’m being ironic here or whatever, but I’m being as sincere as I can be. When everything has gone to shit, there are just a few thousand people left alive, dwelling in the radioactive smoking piles of waste, they will be retelling this tale, because it’s just really that good.

Some people seem to think that we “create” stories like this. The reality is however just that these stories are not created, they are pre-existent forms of truth. Some people have the gift of prophecy, they can reveal something from the world of the Forms. In the world of Forms, all emotions are pure and life is a condensed expression of true meaning.

Do you see how over the top psychedelic this stuff is? I don’t know what Craig has under his belt, but I’m guessing at least LSD and cannabis. 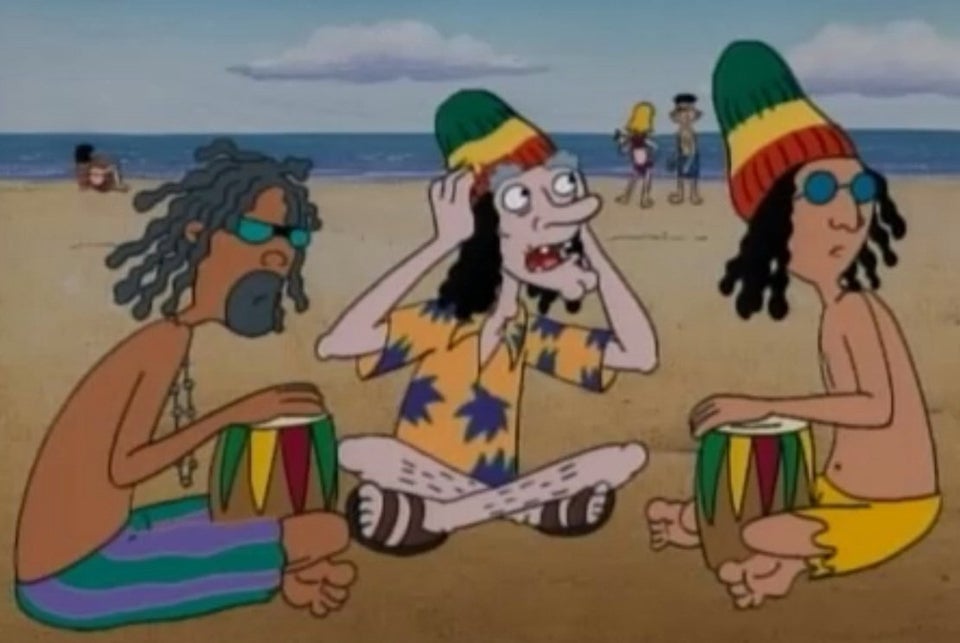 Season 5, episode 9, Summer Love. I’m not kidding, I checked it myself, it’s real.

If you don’t take cannabis and psychedelics, as a heterosexual white male you’ll statistically speaking just end up as an object oriented PHP programmer or an office clerk at an insurance company somewhere.