This is normal. The only reason it’s normal however, is because of people like you, who continue to spread a deadly virus because of your reluctance to get vaccinated.

1 – The people who don’t get vaccinated are mostly fringe weirdos, whereas almost all successful people get vaccinated. Do you want to be perceived as someone with a low socioeconomic status? I thought so. In fact, a lot of unvaccinated people are unemployed and most of them are poorly educated. Get vaccinated.

2 – It’s pretty hard to find arguments against getting vaccinated, because those arguments tend to come from people who have their social media accounts banned. Do you think people who have their social media accounts deleted spread reliable information? I don’t think so. The Taliban are allowed to use social media, but these people are not. This means they’re spreading more dangerous propaganda than the Taliban. Get vaccinated. 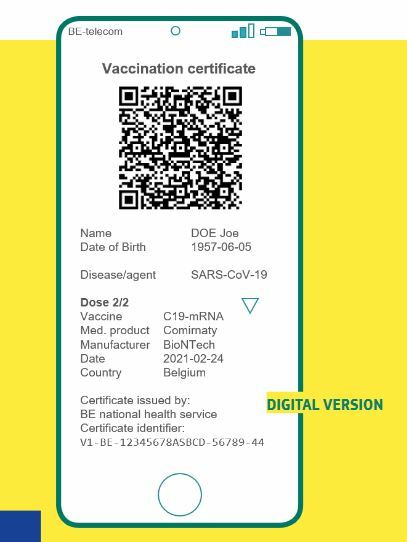 4 – If you get vaccinated, you can get a very useful mark on your smartphone. It’s pretty easy. You hold your smartphone in your hand and show your mark: It consists of three squares, each six pixels wide, that a guy at a club or a restaurant will scan for you. Without this mark, you’re not really allowed to participate in society, so that seems like a pretty good reason to get vaccinated. Perhaps in the future, we will be able to use this mark, the triple six-pixel squares mark, to prohibit other activities as well. Nobody will be able to buy anything without the triple six-pixel squares mark. Sometimes people in the past took high doses of psychedelics and then they got terrifying visions of the future and wrote them down in religious scripture. I don’t remember reading anything about QR codes though, so I think we’re good. There’s a lot we can learn from China when it comes to dealing with unruly citizens, the triple six-pixel squares mark seems like a good example. Get vaccinated.

5 – Scientists are continually on top of these vaccines, screening the population for the potential for any harmful side-effects that would immediately lead them to suspend the vaccination campaign. That’s for example, why most Scandinavian countries just stopped giving the Moderna vaccine to people under thirty. It only took them half a year to figure out that young people should not receive this vaccine! Get vaccinated.

6 – There’s this strange concept in Western society that certain rights are just inalienable and that any government that violates them reveals its own illegitimacy. This is a typical example of radical Western individualism. In China, human rights are a reward that the government can bestow on people, as long as people follow the rules and don’t cause trouble. The vaccines are a good example: There’s a problem, a pandemic. By not vaccinating yourself against this virus, you’re making the problem worse, because the vaccine helps to reduce your chances of spreading this virus for the first three or four months after you received your second injection. Citizens who cause this kind of trouble seem to think that it is their human right to spread viruses. In China, they recognize: Your human rights end, where invisible ubiquitous self-replicating biological matter that can use your respiratory tract to spread from person to person begins. Get vaccinated.

7 – If you carry disease, or have a reputation of spreading disease, history shows that you will probably suffer hatred and demonization. Jews were accused of spreading the plague, so they faced pogroms. Lepers were held responsible for spreading leprosy, so they were forced to go to leper colonies and made to carry a bell to warn people of their approach. During World War II, Jews were said to spread Typhus, so they were forced to live in ghetto’s away from the rest of the population. Nobody at that time anticipated that the Holocaust would happen. It just seemed like a smart sensible thing to isolate these people who spread disease from the rest of the population. Well, if unvaccinated people are only allowed to mingle with other unvaccinated people and live in poverty because they can’t hold jobs, I think it’s possible that unvaccinated people will develop a reputation as disease-carrying vermin too. Do you want people to think of you as disease-carrying vermin? I didn’t think so. Get vaccinated.

8 – In the lab animals that received a corona vaccine, later exposure to a corona virus generally seemed to make the disease worse! In other words, scientists are well prepared for the possibility that a vaccine could make the disease it’s supposed to protect you against worse. Conspiracy theorists seem to think this is some genius discovery of theirs, but the scientists are well aware of this risk. Do you think scientists would roll out a vaccine that merely makes the disease worse? Of course they wouldn’t! That only happened one time, in the Philippines, with an experimental Dengue vaccine that is still killing children five years later! Well, look at it this way: Do you think scientists don’t learn from their mistakes? You have to be really cynical, to think that scientists could know about antibody dependent enhancement and expect that they did not plan for this possibility! Get vaccinated.

9 – There’s a mysterious epidemic in the UK, of people developing sudden cardiovascular problems and dropping dead in their homes. The question you need to be asking yourself is: Do nurses and doctors want to be dealing with you showing up to the hospital with a vaccine-preventable disease, while they’re dealing with a sudden mysterious rise in people of all ages dropping dead from strokes, heart failure, heart attacks, pulmonary embolisms and other cardiovascular related issues? Probably not. Get vaccinated.

It’s actually worse than it sounds however, if you consider that of those 180 deaths, many will have had pre-existing conditions. If you have Down syndrome, you’re 10 times more likely to die from the batsoupflu! I don’t know how many of my dear readers have Down syndrome, schizophrenia, morbid obesity, congenital immune problems or assorted issues, but those of you who do need to be extra careful, because most of those 180 deaths will have been among people with such pre-existing conditions. It’s much better when you have a congenital immune condition if you die two years from now from a staph infection, than if you die now from corona! Get vaccinated.

Breaking news: I just realized there are in fact actually more than just ten reasons to get vaccinated! That means it’s working!

11. What are you even waiting for? Oral vaccines that contain the nucleocapsid protein in addition to the spike protein? Live attenuated vaccines administered into your upper respiratory tract that deliver sterilizing immunity? Vaccines that were not produced using cell lines derived from aborted fetuses? Long term side-effect studies in people who received the mRNA and Adenovirus vaccines? China approving the Western vaccines? Some sort of definitive answer in regards to what mechanism is responsible for the blood clots and the myocarditis? Do you think we have time for any of that, IN THE MIDDLE OF A GLOBAL PANDEMIC??? Get vaccinated.

12. If there’s a breakthrough variant that overcomes the adaptive immune response and starts spreading through the vaccinated population, everyone will basically have a very similar immune response, because everyone will have been exposed to the identical Wuhan spike protein. This means that the virus will very rapidly be able to infect a large number of people all at once. It’s the equivalent of a burglar figuring out how to open a lock, in a town where everyone buys the same lock, from the same manufacturer. This means that if the vaccines fail, you won’t have to worry about ending up in the hospital all by yourself. There’s nothing worse than feeling lonely while you’re in the hospital. Get vaccinated.

13. Politicians are looking at massive budget deficits and imploding economies kept alive by unprecedented monetary policies. They’re very eager to get back to normal, so they’re going to be very eager to embrace whatever solution allows them to return to normal. An effective vaccine is a ticket back to normal and so politicians, despite not having a comprehensive in depth understanding of immunology, will be very eager to embrace a vaccine. This is even true for right-wing “anti-establishment” politicians, who are also eager to get back to normal. It’s even true for anti-lockdown epidemiologists, who recognize the damage caused by the lockdowns and are eager to figure out how to convince their peers to abandon the lockdowns.

However, keep in mind that all these people are scientists or at least science-adjacent (politicians, social justice activists, Washington Post journalists), so they are all largely immune to most of the cognitive biases that tend to affect non-scientists. In other words, you don’t have to worry about the theoretical risk that they might not be able to do an emotionally detached cost-benefit analysis in regards to vaccinating young people. Do you wish to disappoint all these people, by not embracing the vaccine that they see as our ticket out of the pandemic? Get vaccinated.

14. All your friends got vaccinated. Do you want to be “that guy”? Don’t be “that guy”. Besides, let’s be honest here. Your friends are not just your friends because you happened to attend the same college or because you’re part of the same sports club. Your peers are not just some otherwise unremarkable randos with a socioeconomic background roughly similar to yours, who are exposed to the same mix of information and disinformation as everyone else and who you mainly continue to hang out with so that you have a handful of people who will show up to your birthday party and don’t have to sit by yourself at home watching TV on New Year’s Eve. No, you actively sought out your friends because they are uniquely intelligent individuals who have a unique insight into the human condition. Get vaccinated.

15. Your whole culture tells you to get vaccinated. It has never before happened in history that a whole culture suffered some sort of mass psychosis, that led to a state of mass terror and a completely unjustified persecution of fringe minorities whose lifestyle, ethnic background or political beliefs did not fit into the new collective narrative. It has never before happened that thirty percent or so of true believers seize control over the major institutes of power through bullying tactics and intimidation and thereby force the other 60% or so of the population to conform to their narrative, until it becomes impossible to distinguish between people who truly believe in the new narrative and those who simply adjust to the new narrative to avoid ending up as unemployed social pariahs, as the remaining 10% of marginalized weirdos begin to face persecution. When everyone tells you to do something, you can be pretty sure that it is in fact the right thing to do. Get vaccinated.