“God is the substance of what we love.”

Last thursday I vaporized a small dose, two or three milligram, of a substance known to man as 5-Methoxy-N-N-Dimethyltryptamine, or 5-Meo-DMT. This substance is known to some as “the God molecule”. There is a lot that has already been said about it, that I don’t wish to repeat here. Apparently, from people who know him, Shulgin used to say about 5-Meo-DMT that “God needed a loophole”. That’s how Shulgin used to view 5-Meo-DMT. I think that’s a fairly accurate assessment. I hope to take a bigger dose soon, when I have someone who can keep an eye on me and make sure I don’t accidentally exit my Player Character forever.

It’s believed that this substance is the most potent anti-depressant in existence. This makes sense, if we consider that the biggest form of misery is to feel abandoned by God, when we feel as if our suffering has no meaning or purpose. It’s also a substance that changes your immune system, increasing the expression of anti-inflammatory cytokines and decreasing the expression of pro-inflammatory cytokines.

It’s hard to describe what you experience. Even harder is to do any sort of justice to it, anything I can say about it feels presumptuous and if you haven’t experienced it, it will seem like the absurd ravings of some random Dutch blogger with a predilection for obscure psychedelics. We have made the modern world we live in very banal. To browse the Internet is to baptize yourself in banality. Religion is the only cultural phenomenon capable of being popular without being banal.

Essentially, what 5-Meo-DMT does, at least for me, is that it allows you to recognize the glimpses of God that you have seen throughout your life. 5-Meo-DMT reveals God’s hiding place. What you feel, is God’s infinite love. I think it is the medicine for bitterness. 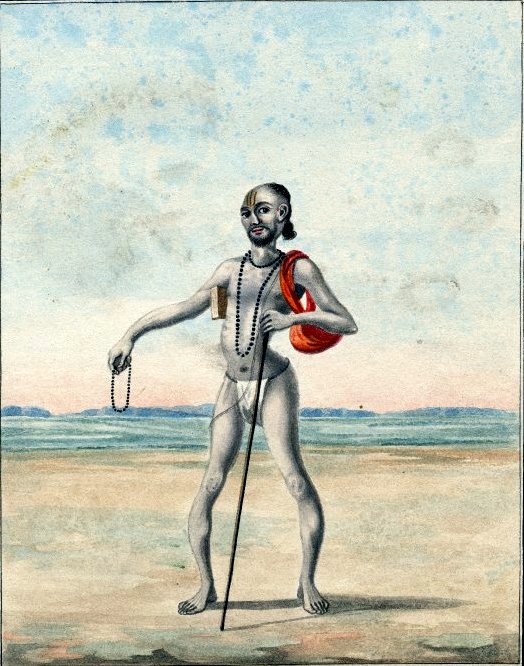 What you experience tends to be described as non-dualism. Indian philosophers have taught about this concept for generations. What I would personally recommend to people who wish to understand non-dualism better is to read the Ashtavakra Gita. A translation can be found here. Ashtavakra was a revered Hindu sage, who was born with eight physical handicaps. The Ashtavakra Gita, that is, the song of Ashtavakra, describes the concept of non-dualism. It’s a text that generally only makes sense for those who have practiced meditation.

I would not recommend people to just jump into 5-Meo-DMT. A number of people have died from it, a few others seem to lose their minds. It’s generally agreed that some sort of context within which to have the experience, some kind of grounding, contributes to a beneficial outcome. I think most people would be better off first experiencing Psilocybe mushrooms instead.

In general, I think it’s recommendable to combine psychedelics with spiritual practice. The world that we inhabit is very rich and diverse, but the things that we encounter in it are not incidental, they exist for a reason. People who have experienced high doses of psychedelics tend to be attracted to perennialism, Aldous Huxley being a prominent example.

I believe that when you approach it carefully and with respect, 5-Meo-Dmt exposes you to God’s infinite love, which is profoundly healing. Scott Alexander Siskind is a well known psychiatrist who has written a lot about the nature of trauma and depression. Essentially, what tends to happen is that we have certain priors, assumptions about the world, which get stuck in a negative position and subsequently can’t be adjusted based on new evidence.

The body gets new information from its senses, but for a lot of people, positive sensory information doesn’t solve the problem, because it’s still interpreted in the most negative possible way and thus doesn’t free the prior. Essentially, some psychiatrists think the solution lies in somatic release. With sufficient positive pleasurable bodily experiences, we can override a negative prior and thereby heal a trauma.

With 5-MeO-DMT, what you experience is essentially a full-body orgasm, where every neuron in the nervous system experiences pure pleasure. 5-MeO-DMT isn’t just a pyschedelic in the classical sense of the word. It’s also a reuptake inhibitor of neurotransmitters. In other words, serotonin and other neurotransmitters build up in the synapse without being removed due to the presence of 5-MeO-DMT. This then allows the neuron to receive a continual impulse from the synapse.

There’s a very interesting website called Qualia Computing, where someone tries to explain exactly what happens in the brain under the influence of psychedelics. He has made a lot of posts about 5-MeO-DMT that can be found here. It’s not exactly normie-friendly, but if you happen to understand about half of it then you’ll already have a reasonable understanding of the nature of the 5-MeO-DMT experience.

When you experience 5-MeO-DMT, it starts to feel as if you understand the answer to these questions. An interview on the Qualia Computing site refers to it as a “competition in love”. The only thing a truly intelligent being would wish to produce is love. Essentially, the idea you experience on 5-MeO-DMT is that God has an infinite form of love for us. God is willing to carry any form of suffering for us that we can not carry ourselves. Every form of suffering we witness, is an opportunity for us to express our love.

But when faced with such a loving presence, we wish to love it back, we wish to reduce its burden. As a consequence, we human beings attempt to carry suffering ourselves, so that God does not have to. And, as I type it out, I realize it will sound like nonsense to those who have never experienced 5-MeO-DMT themselves.

Nonetheless, I stand by my point. When you experience 5-MeO-DMT, you catch a glimpse of God’s true nature. That nature, is pure love. You can look up videos of people who have experienced it and who treat the sacrament with respect, the result is generally the same. Upon returning into their bodies, people bow down into the sand, shouting “thank you! thank you!” towards God, generally with tears streaming down their face.

It’s not just the case that God is “out there” somewhere and 5-MeO-DMT is our way to pick up the phone and say “hey this thing you put me in really sucks, there’s another Holocaust occurring in Xinjiang while I’m a powerless nobody who sells climate-annihilating digital tulip bulbs for a living and the only girl I can truly love is never coming back, so can you please come pick me up?”. Rather, you’ll find that God is present everywhere. Everytime people act out of love, God manifests His presence.

But let us return to this notion of the world as a competition of expressing love that a bunch of bipedal apes engage in with God. If for a moment, you’re able to accept this idea manifested in your mind through a random Dutch blog as having any sort of hypothetical plausibility, then it’s probably going to cause you to look differently at two manifestations of religion.

To start with, take Christianity. In John 3:16 we find:

For God so loved the world, that he gave his only begotten Son, that whosoever believeth in him should not perish, but have everlasting life.

This idea proposed here starts to feel a lot more sensible when you have experienced 5-MeO-DMT. When you experience 5-MeO-DMT, you’re not exposed to a tribal warlord, or a powerful patriarch. What you witness is pure love, but with a certain humility engrained to it. God comes down to Earth to be tortured to death, so that he becomes able to carry the consequences of all of our moral failures and thereby protect us against suffering? On 5-MeO-DMT that starts to feel sensible.

But other things start to feel sensible too. Let us return to the Aztecs. They built a bloody empire where human beings were continually being sacrificed and the aristocracy was high on cocktails of morning glory seeds, Salvia Divinorum, peyote buttons, datura and psilocybe mushrooms all the time. Not exactly the idyllic society that hippies tend to argue the world would turn into if we all started tripping balls, is it?

But imagine for a moment that the Aztecs had created a society that was keenly aware of God’s endless love for humanity. Would it make sense, that they would try to reciprocate that love? Their gods in their mythology had to suffer a lot, to create our world. If the Aztecs believed that the world was about to end if they did not sacrifice enough people, wouldn’t that be an act that we could interpret as an attempt to reciprocate God’s love?

The mysterious toad that produces 5-MeO-DMT, is found in roughly the same region as where the Aztecs imported Peyote from. Is it far fetched, to suggest that at some point, they may have had access to 5-MeO-DMT, that it might have had an influence in creating their culture? And while we’re at it: Who are we to say they had it wrong?