The reason there are seven billion of us on this planet today, is because of our highly diverse adaptive immune response to pathogens in our environment. From a study: “In both archaic and present-day humans, genes with the highest levels of diversity are enriched for MHC-related functions. In fact, in archaic humans the MHC genes show evidence of having retained more diversity than genes involved only in the innate immune system.”

A diverse adaptive immune response to novel pathogens in our environment is what’s necessary for us to thrive. If all of us had a highly similar immune response, it would be relatively easy for pathogens to evolve solutions that our immune systems can’t cope with. If a pathogen spreads from person to person, but every person’s immune system attacks it in a different manner, there is going to be no local optimum towards which it can evolve. Most subtle changes that make it replicate better in one person, will leave it replicating worse in other people.

This is why corona viruses that jumped into our species eventually became mild and endemic over time. There’s no easy path for them to trigger a new wave of disease, because any subtle mutation in any particular region of the virus won’t have a very strong impact on most people’s ability to recognize the virus and deal with it. Many mutations become necessary to survive in the presence of our immune response and in the process the virus evolves away from the optimum seen in a naive population.

So imagine you’re a virus that wants to keep hurting our species, for time immemorial. What do you think would help you greatly in this endeavor? Imagine you had some sort of technique, that allows you to trick human immune systems into targeting your proteins in a very predictable and simple manner. You as a virus are built up of a large number of proteins and your proteins differ subtly from one virion to another.

So here’s what you do. You start out, by exposing everyone to one single identical version of yourself. Whereas normally everyone encounters slightly different versions of the same virus, thereby triggering slightly different immune response in everyone, we’re going to make every single person look for the identical version of you, a version that mysteriously emerged in December of 2019 in Wuhan.

But this is not ideal, because to reinfect such people, you would have to change all of your proteins. There’s a way around this however. If we make sure that we only expose people to one of your proteins before you ever infect them, their immune systems will continue to try to hunt you down, by focusing on that one single protein. This leaves your other proteins safe. We’re going to make sure that people’s immune systems will only look for the protein that you can change most easily.

So here’s how that works. We inject them with genetic material that makes their bodies produce one single version of your spike protein, the way it looked back when you arrived on the scene in Wuhan. After they have been exposed to this Spike protein, it becomes basically impossible for them, to look for your other proteins, like the Nucleocapsid protein. This is called Original Antigenic Sin. We want to exploit this Original Antigenic Sin mechanism to the maximal extent: We want to make every human immune system look for you by the part of your outfit that’s easiest for you to change.

So here’s how that looks: 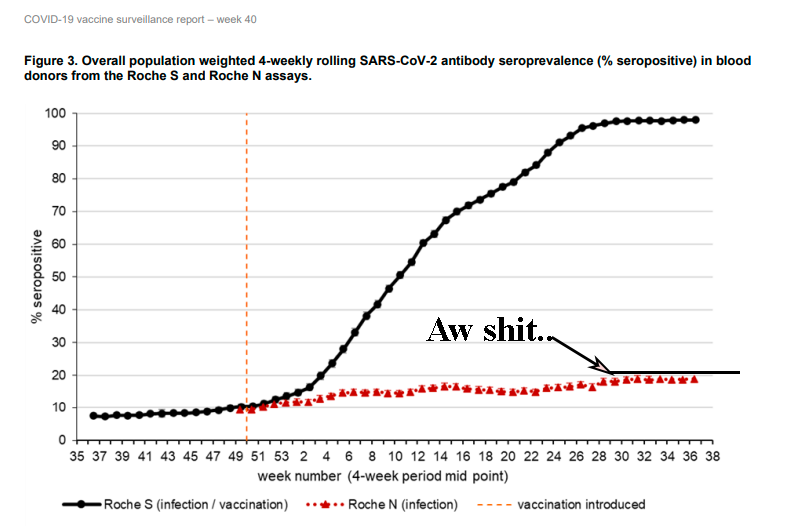 Many of the approved SARS-CoV-2 vaccines are based on a stabilized variant of the spike protein. This raises the question of whether the immune response against the stabilized spike is identical to the immune response that is elicited by the native spike in the case of a SARS-CoV-2 infection. Using a peptide array-based approach, we analysed the binding of antibodies from Comirnaty-elicited, convalescent, and control sera to the peptides covering the spike protein. A total of 37 linear epitopes were identified. A total of 26 of these epitopes were almost exclusively recognized by the convalescent sera. Mapping these epitopes to the spike structures revealed that most of these 26 epitopes are masked in the pre-fusion structure. In particular, in the conserved central helix, three epitopes that are only exposed in the post-fusion conformation were identified. This indicates a higher spike-specific antibody diversity in convalescent sera. These differences could be relevant for the breadth of spike-specific immune response.

Whereas naturally immune people recognize 37 epitopes on your Spike protein, the vaccinated people only recognize 11. This means we’ve succeeded in cutting down the number of spots where you will need to come up with mutations to your Spike protein. So here’s what that looks like: 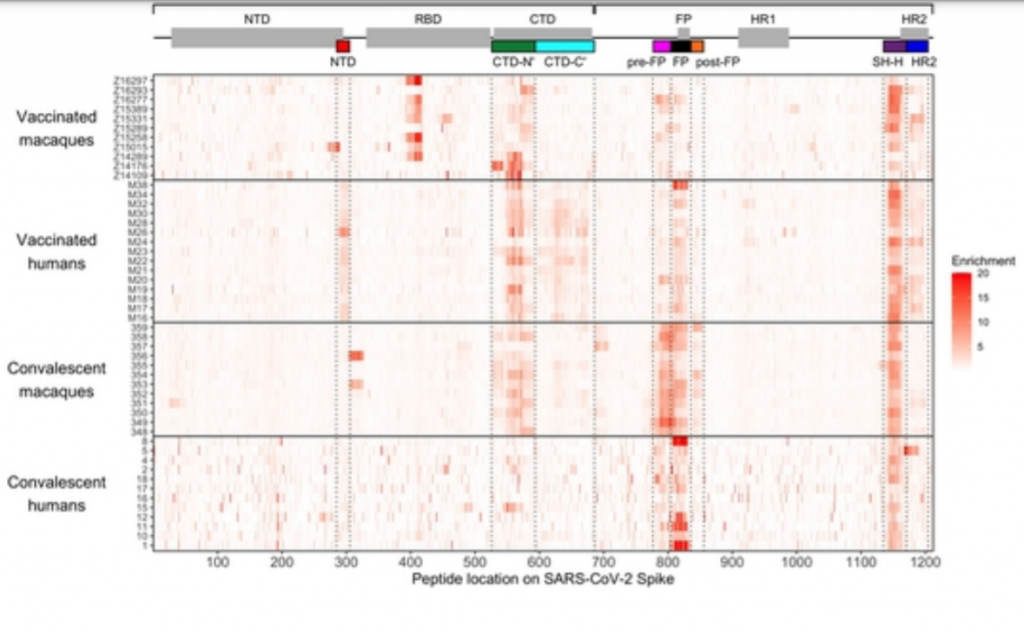 Human beings who are immune have red spots throughout the Spike protein, with a handful of hotspots. Vaccinated humans on the other hand, just seem to have a few hotspots where they recognize your Spike protein. Here’s what the result of that looks like: 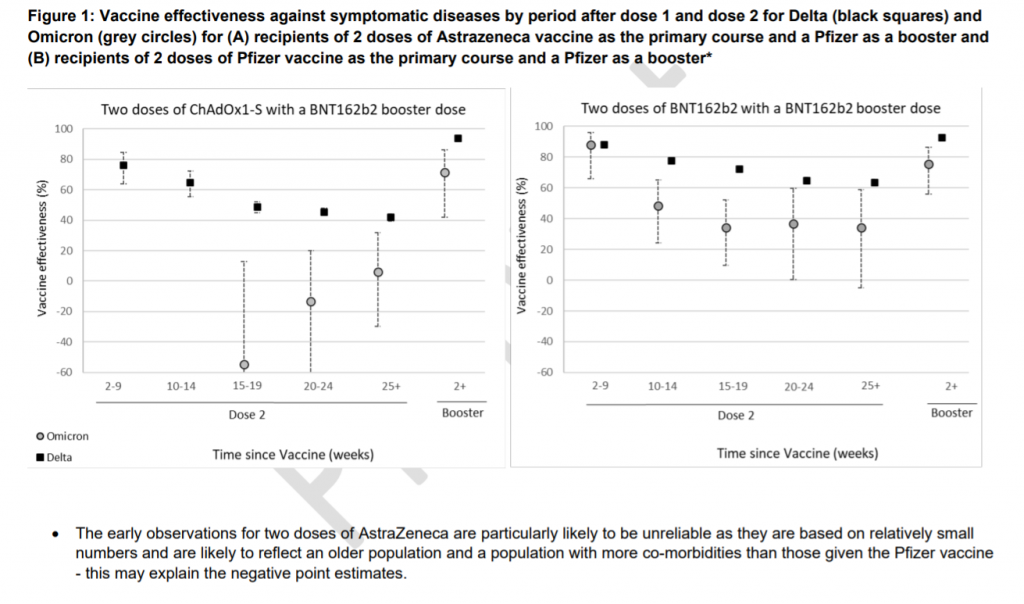 Negative protection against symptomatic disease, for people who had two shots. Of course whenever we see findings like this, of negative efficacy of the vaccines, they start explaining away the results. The conclusion can never be “the vaccines were a mistake”. Rather, the conclusion always becomes “it’s time for the booster”. And yet, where do we stand after all these vaccines? The situation is worse than it was last year, but people will explain it away.

And yet, this outcome is what we see wherever we look. Here’s Denmark: 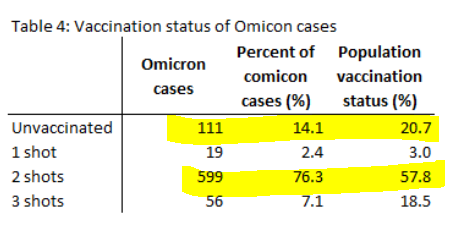 What about the United States? Another pandemic of the vaccinated:

The U.S. Centers for Disease Control and Prevention (CDC) said that of the 43 cases attributed to Omicron variant, 34 people had been fully vaccinated. Fourteen of them had also received a booster, although five of those cases occurred less than 14 days after the additional shot before full protection kicks in. 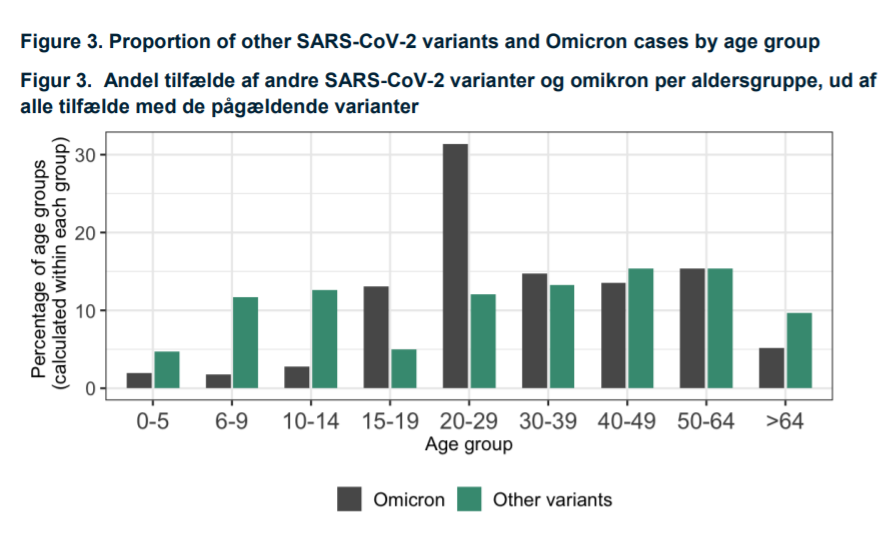 So why haven’t we seen Omicron deaths yet then? Because the elderly are not getting infected yet. New variants first show up in young people, who are more mobile and meet up more often in groups, before they end up infecting the elderly. 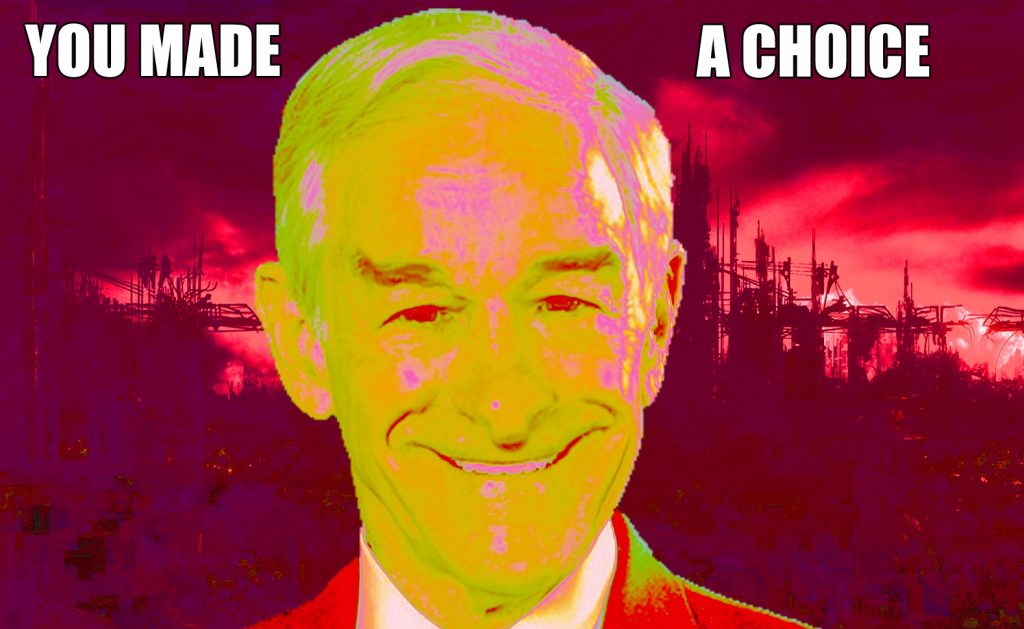 We did something very stupid on a global scale, but it takes a while before the effect becomes visible. If you don’t believe me, I would urge you to consider: How can this new variant have such a massive transmission advantage over Delta? It’s going to be the dominant variant in every Western European country before Christmas.

And rather than dismissing the numbers due to some vague “demographic factor” whenever the numbers show the vaccines make you more susceptible, consider for once the simple possibility that the numbers are actually showing you what’s happening: A virus that is evolving to figure out how to use our vaccine induced immune response against it to its own advantage.

If it looks like a duck, quacks like a duck and walks like a duck, it must be some demographic variable we haven’t controlled for yet or some behavioral difference. How about this: You’re looking at an actual duck. If you find higher case rates among vaccinated people, if your studies find zero neutralization in vaccinated serum, if the virus has the mutations that Japanese scientists warned would lead to antibody dependent enhancement, then maybe you are in fact dealing with the dreaded thing that anyone should have been able to see coming: A virus that has now evolved to use the immune response induced by your mediocre vaccines to its own advantage.

So now they tell you “don’t worry, all the antibodies stopped working, but you T-cells can still mop it up”. This overlooks the simple fact that mild infections cause T-cell exhaustion. So imagine you were fully vaccinated and exposed to the virus. Your antibodies don’t work and merely seem to make things worse. Your T-cells are left to clean up the floor and become exhausted. Now you’re exposed again. What happens?

Creating an artificially induced immune response entirely focused on a handful of epitopes in the Wuhan version of the Spike protein is an excellent way to turn the whole population into sitting ducks, for variants that happen to avoid this immune response. With other viruses we don’t have to worry about this, because they mutate slowly, our vaccines induce sterilizing immunity and the virus is driven into near extinction.

This time we did it wrong and now we’re going to find out the consequences.