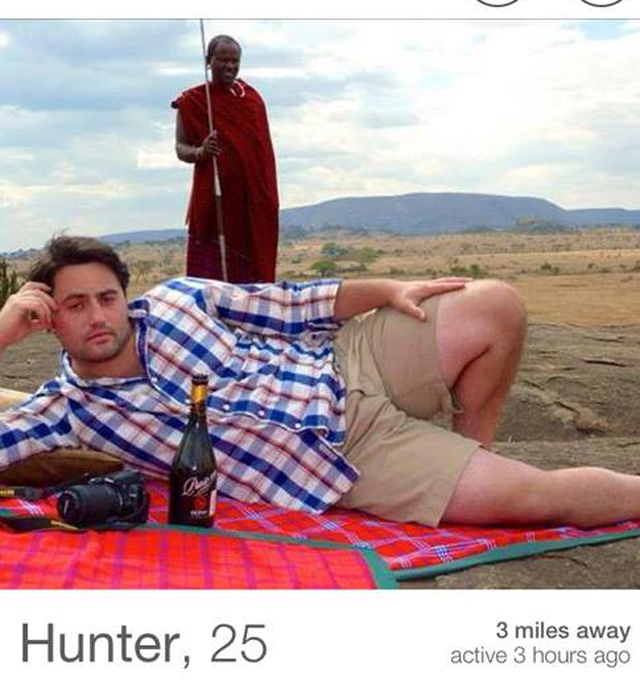 Just as Pentti Linkola is proud of not knowing how to speak English, I’m proud of having never left the European Union. By now, I’ve managed to get out of flying abroad for my work too. I stumbled upon a decent article today in the Washington Post, entitled “For the love of Earth, stop traveling“. It repeats most of the arguments you’ve seen me and others make, the simple fact that stepping into an airplane is irreconcilable with any sort of serious environmentalist leanings. Of course, the typical travel fetishists aren’t pleased to hearing this message.

I’m going to single out one classic example of a travel fetishist, who unironically makes the most cliche argument in favor of shipping middle class white people around the globe: Travel makes people less racist! Steve Bramucci argues:

Does this plea for no travel come from a white man, who is insulated from the negative effects of xenophobia and nationalism (two things which travel is scientifically proven to combat) that have marred our nation this past year? Indeed!

There are a lot of things to dislike about this argument. To start with, the argument for travel should stand or fall based on its environmental impact alone. Slaughtering gorilla infants and feeding them to starving black children might hypothetically speaking be terrific from an anti-racist perspective, but there are higher goals to aspire to than addressing xenophobia and nationalism. If travel harms the planet, but genuinely makes white males less racist, then either white males should be left in their pristine racist state, or you should seek out some other method of making us less racist.

The second point that follows is that nobody cares whether white males are racist or not, if nobody is forced to interact with us. The South Koreans, the Saudi Arabians, the people of Bhutan, live in highly xenophobic societies. Nobody cares however, because they live in ethnically homogeneous societies. There is nobody there in Bhutan who suffers under their ethnocentrism. Why should we fly racist white people around the world to “cure” them of their bigotry, if we can simply let them live among their own kind in peace? Leave us alone and we’ll leave you alone. 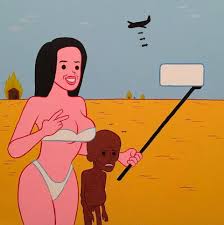 When you’re arguing that white people need to fly to third world countries, to pose with the locals, you’re forcing third world people who have spent their whole lives living in homogeneous communities to interact with people from abroad. And suddenly, when they do, the lives they live themselves are not good enough anymore. The men learn that somewhere, far away from the tropics, live beautiful women with pale skin and smooth long hair. The women learn that whereas their husbands dig in the dirt and their children die of hunger, a mysterious tall wealthy man takes days off to visit your people, for his own enjoyment. To interact with the white man, means to learn what you’re missing from life.

Unlike the white man, you can’t just choose to abandon the place you were born in and step onto an airplane. This is the lot you were granted in life and this is what you will have to learn to live with. I know that compared to billions of people out there on the planet, I’m doing well in life. The least I can do for them, is to spare them the insult of having it rubbed into their faces. They don’t benefit from meeting me.

Perhaps equally important, is the fact that I don’t benefit from meeting them either. You might imagine I’ll grow less bigoted if I meet the various people out there and discover them to be just like me. But who am I meeting? Am I visiting a Potemkin village designed to get tourists to spend their money, or am I meeting the third world in all of its horrendous day to day cruelty? Am I meeting some of the South Africans in Gauteng, where a third of men surveyed will happily admit to raping women? Am I meeting Somali parents who mutilate their daughters? Am I meeting Cameroonian women who rub hot stones over the growing breasts of their young daughters, to keep them from getting raped and ending up with another mouth to feed? Am I visiting Egypt, where eighty percent of people will claim in surveys that those who abandon Islam should receive the death penalty?

I’ll happily admit to being a xenophobe. I’m a xenophobe because I grew up in a multicultural city, where I witnessed firsthand how cruelly people in some cultures treat their own family. I don’t consider it normal that women related to the groom will force the young bride-to-be to lay down and spread her legs to have her hymen inspected before marriage and send her back home if they suspect she had premarital sex. Yet, in some cultures, that’s considered perfectly normal behavior. Newsflash: To have your back rubbed by a good looking English speaking Asian lady at a beach resort for wealthy Westerners might make you less xenophobic, but it doesn’t give you a realistic and representative image of the country you’re visiting.

This ties into another issue I have with traveling, which is the simple fact that a main motive the travelers have is the desire to be treated as special by the locals. The hipster suburban numales I meet will complain that a particular place has been “ruined” by the tourists. They seek out ever more exotic destinations. Myanmar isn’t used to upper-middle class suburban bugmen yet, so the hipster puts the country on his bucket list. For similar reasons, he’d love to visit North Korea too.

I’m more than happy to see everything my country and its direct neighbors have to offer, but I don’t “travel”. This leaves me without any special stories to brag about to my colleagues. I’m proud however, to be bound to the soil I was born onto. I visit, with great pleasure, the oyster reefs of Zeeland, where young crabs hide under the rocks and seagulls lift up the oysters into the air to open them as they fall onto the rocks below. I’ll grab my bicycle and travel to the forests of Utrecht, where I can spy upon the deer and witness mushrooms growing on the decaying logs. This is my world. My world is small, but it’s a satisfying home, more than I would dare to ask for. And the rest of the globe? It doesn’t exist to me anymore.