If we get wiped off social media and sent to Covid camps we’ll know how to find each other pic.twitter.com/wW0gBATQ1j

The left can’t meme. They really don’t like to hear this, but they can’t do it. The reason they can’t do it is because memeing is mockery. It’s the tool of the powerless against their oppressors. There is nothing left to salvage in this society we inhabit. Anyone who is not a complete narcissistic sociopath stands no real chance of achieving something substantial in this society either. And that’s why we mock. 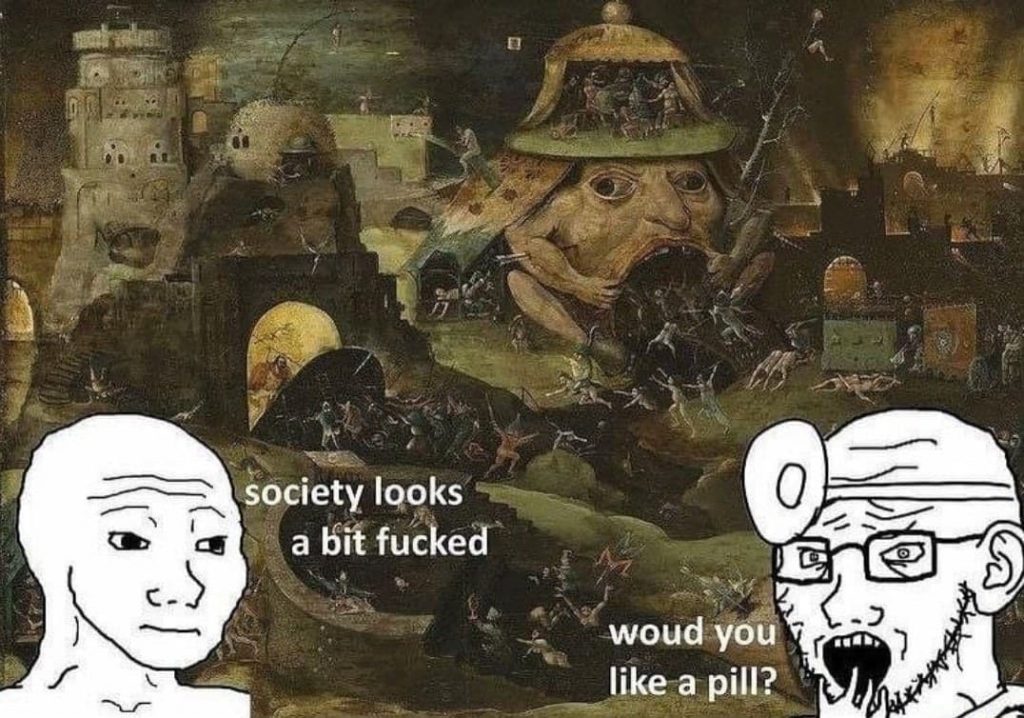 People don’t like to hear this, that resistance is futile. However the reality at this point is that resistance is more than just futile. It’s frankly counter-productive. You’re living in hell, Satan gives you a pickaxe and tells you you’re free to try to escape, but you’re really just expanding hell. That’s what cryptocurrency is for example: A bunch of NEETs wasting electricity, trading meaningless Ponzi tokens back and forth with each other, imagining their paper wealth is real money. Of course the system tolerates this, because it just dissipates wealth in the form of waste heat. 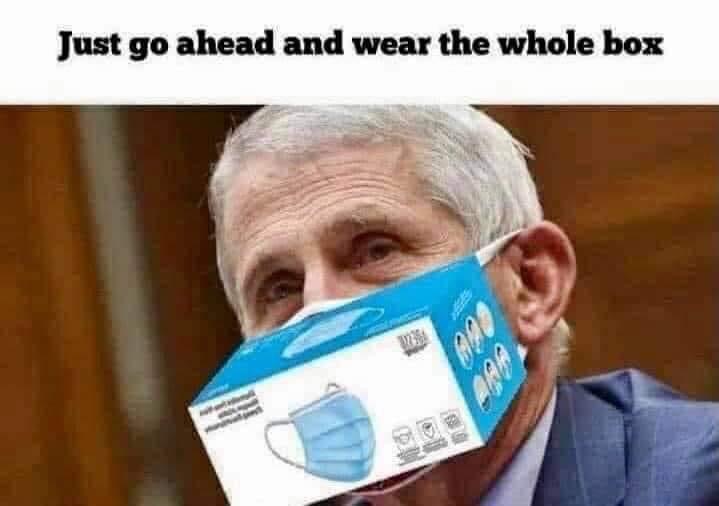 It’s the same with criticizing elites for being “hypocritical”. You’re not really damaging them. They love hearing how hypocritical they appear to you, because their ability to violate their own rules and get away with it makes them feel special and powerful. Don’t criticize elites, there is no point. Just mock them. And when I say mock them, I mean all of them, including edgelords like Elon Musk who think they’re going to colonize a planet with no atmosphere. That man’s main talent is riding hype trains. He rode the Internet bubble in the 90’s, selling a worthless company for a couple of million, now he’s riding the electric vehicle bubble. It redistributes wealth from fools to him.

Just stumbled into a meeting of the UN.

Not sure what these sinister globalists are up to pic.twitter.com/bRZ6za8zg6

People generally find it really hard to believe this, that there is just nothing left to do. Surely there has to be something left that you can do? Work on a cure for Alzheimer’s disease, restore a coral reef, build a sanctuary for Orangutans. But the answer is simply no, there’s nothing you can do that will overall improve society. If you somehow come up with a cure for COVID it will merely extend the misery of people who suffer terminal illness and in the process you make life even more difficult for young people. In the words of Don Colacho, God doesn’t ask for our cooperation, but for our humility.

If you make a name for yourself as a “cryptocurrency influencer” or a “blockchain evangelist” or whatever people now come up with, I’m not saying it won’t earn you money. But rather, what you have to comprehend is that for all practical purposes, the devil now runs this world. He is only going to reward people who will help him transform it into a mediocre copy of hell. 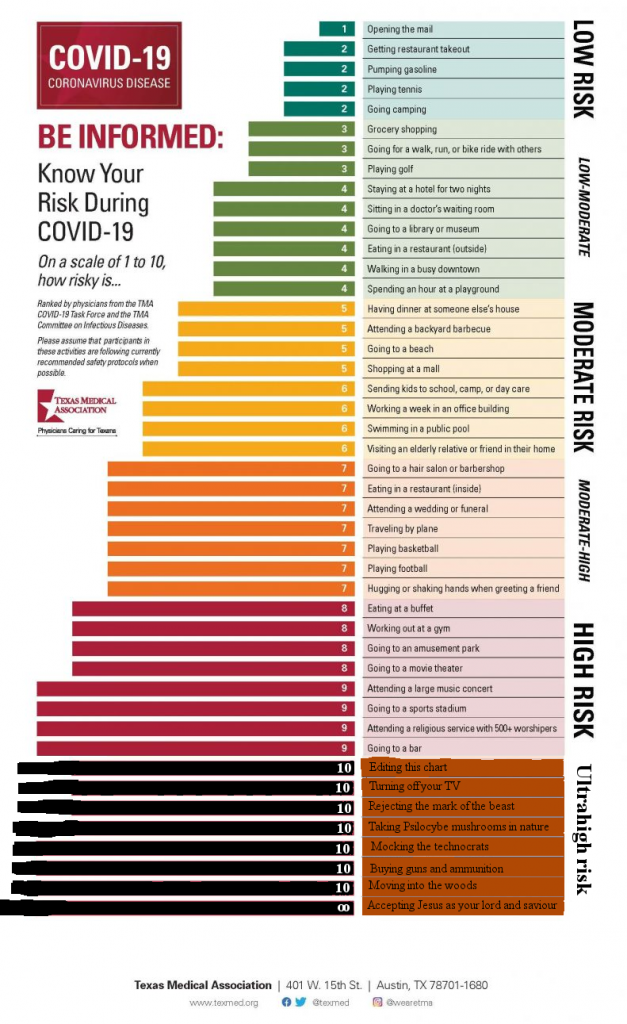 I feel like just giving you one more example. When you see the technocracy produces graphs like this, you’re far beyond the point where you can reform it or argue with it. The only thing left to do at this point is just mock them. It’s the one thing they can’t stand. They love your anger, your envy, your moral indignation. But mockery hurts them.

And frankly, I think that when we mock them, we follow in the footsteps of the earliest Christians. They dissociated from society and mocked the cult of the emperor by venerating a man who was effectively powerless, sacrificed by the Roman empire.