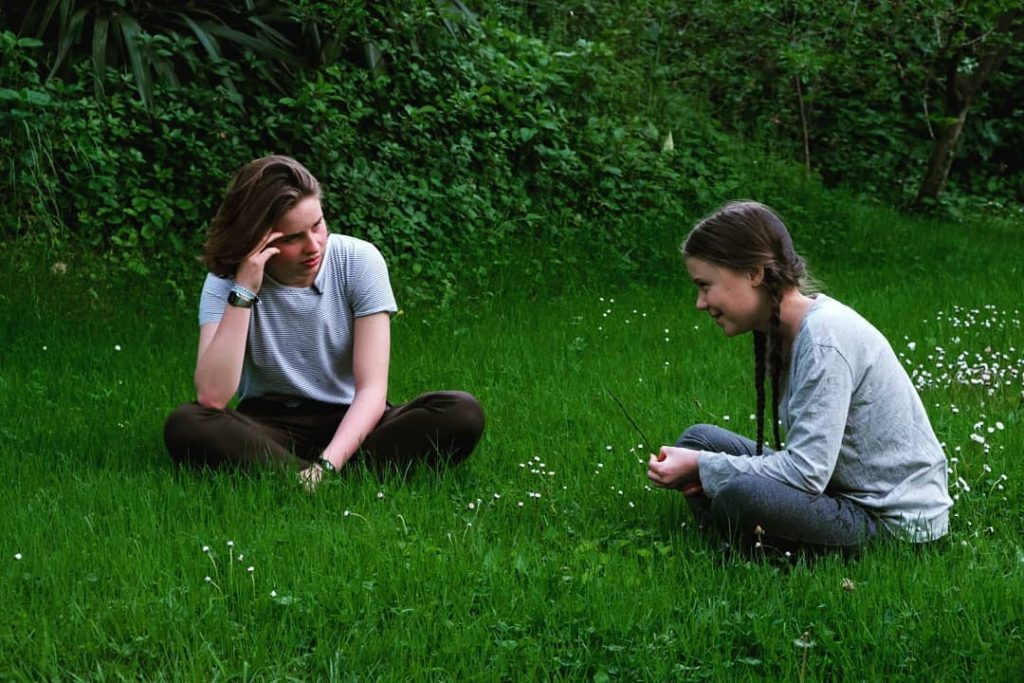 “Two condoms could have prevented these brantlings”

“Attentionwhore, in the vacation you were too busy with other things”

“You are the stupidest bitch who walks around on the surface of the Earth. And the worst thing is that you think you have a monopoly on the truth. If it were up to me, you would have been thrown out of school and given home arrest for a year. Arrogant self-absorbed child”

“Go sail, I hope it will be your grave, then we’re rid of you and the fish will have something to eat”

“Spoiled brat, they should lock you and your family up and never let you go, HURRAY FOR THE EMISSIONS, stupid bitch”

Those are some of the comments that Belgian climate activist Anuna de Wever got on her Facebook profile. Some have been deleted by now it seems, but you can still find most of them here. These are adults, some of them middle-aged women with children, talking about a seventeen year old girl, who happens to pubicly express her concerns about the unprecedented pollution of our atmosphere with carbon dioxide.

When she made a statement at a Belgian festival, she was met with loud booing and had bottles of urine thrown at her. To Greta Thunberg, the same happens. From time to time I report some abusive comments on Youtube, where neo-nazis issue death threats against her, or fake Facebook profiles where people upload profile pictures of children with Down syndrome.

So when you turn on your TV tonight and see a sixteen year old Swedish girl, crying that her childhood has been ruined, try to keep that in mind. This is not hysteria, drama, or exaggeration. And if you think that she enjoys this, try imagining how you feel when everyone in the world has an opinion about you, when you are never anonymous and don’t know if someone is going to act on the death threats issued against you.

“Oh but she gets to travel around the world and hang out with celebrities.” The cynic says. Try actually looking into the girl whose sacrifices you belittle. Besides the simple fact that she has admitted multiple times that she kind of regrets doing this and wishes she didn’t have to, you’re talking about a girl diagnosed with Asperger’s syndrome, who went years without talking to anybody outside of her direct family. I have colleagues who suffer the same syndrome. They disappear from work overnight and become too depressed and anxious to participate in daily life.

I talk to guys my age. “Things like this are astroturfed” They say. It’s a great way to deflect responsibility, to avoid thinking about the uncomfortable fact that I don’t see a lot of young men in these protests. Greta becomes world-famous overnight, so clearly there must be some nefarious agenda out there. Or maybe you’re just delegitimizing someone’s accomplishments and sacrifice.

“Her speeches sound too mature.” They say. Do they have any idea what Asperger’s syndrome is, what the symptoms are? I spent my childhood having everyone refer to me as a “little professor”. I’d visit my grandmother, her neighbor would be there and proclaim upon seeing me: “Ah there we have your professor!” Children with Asperger’s syndrome tend to sound mature for their age. For the parents that’s fun, for the children, not as much.

I’m embarassed. I’m embarassed by the fact that teenage girls have to go out and protest, have to endure abuse like this, to demand a future worth inheriting. I live in a country where people are not forced to walk around with yellow stars on their clothing, where people do not have to hide away from society to avoid certain death, because men my age seventy-five years ago were brave enough to storm a beach and face rattling machine guns.

But my generation? We’re weak, we’re decadent. Generation Y is a failure. We cultivate muscles we don’t use and ignore any conflict more important than a soccer match, the highest goals we have in life are expensive cars. This is the generation that studies pick-up-artistry instead of class struggle, content as lackeys of a plutocracy that annihilates life on Earth.

In our defense, we were raised by a generation that apparently opens Facebook to look up teenage climate activists to hurl insults at. But this does not absolve us. We’re weak because most of us had it relatively easy. The suicide rates for teenagers today have skyrocketed compared to when I was a teenager. I talked to a colleague today with school-going children. They’re already burdened with homework at an age when I played outside. They’re given stars, based on how good they are at a particular subject and all the children know how many stars the other children have. If you grow up with a childhood like that, it doesn’t shock me that you’re miserable. But misery breeds character.

I’m good at making excuses for myself, but there are no proper excuses for inaction. This was supposed to be my generation’s struggle and we left it to teenagers. I have a dear friend who is apparently braver than me. Whenever he goes out to protest with Extinction Rebellion, he faces people who hurl abuse at them too. It hurts to put yourself out there, it’s painful to make yourself stand out. Human nature is to blend into the crowd.

The reality we face is that human beings are adding carbon dioxide to our atmosphere at a pace that vastly exceeds some of the worst global mass extinctions. We are conducting a global experiment with our atmosphere that knows no precedent, an experiment that will eventually end in mass death. The coral reefs have already been irreversibly damaged, soon other ecosystems will follow, until eventually we perish ourselves.

Some people are cognitively incapable of understanding the nature of this problem. Others are capable of understanding it, but morally bankrupt and refuse to properly internalize the situation we face. But when these people hurl their abuse, it should not be children and teenagers who are subjected to it. It should be us. This friday, it’s time to act like adults.