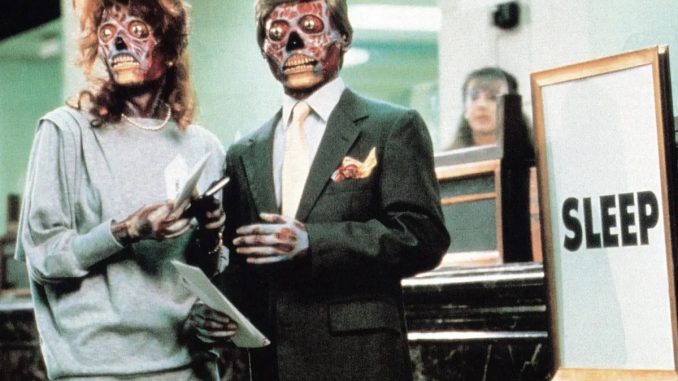 “Look around at the environment we live in. Carbon dioxide, fluorocarbons, and methane have increased since 1958. Earth is being acclimatized. They are turning our atmosphere into their atmosphere.“

You may remember these words. They were spoken by a rebel leader on TV in They Live, a 1988 movie in which the global elite are extraterrestrial aliens who seek to exploit mankind.

Of course since then a few things happened. Billionaires and fossil fuel companies began pouring millions of dollars into campaigns to convince average Americans that any attempt to stop them from transforming our atmosphere is just an attempt by big government to impose tyranny. All sorts of scientists could receive millions of dollars in funding, if they came up with an argument that it’s really not that bad.

And a lot of you fell for the same line of logic. Maybe it’s not that bad. Earth is actually starved of carbon dioxide right now, compared to previous geological periods. That’s the argument you peddle and hear everywhere. And yet, this misses a few important problems:

-More carbon in the atmosphere might be fine for life on Earth, but you and me are the descendants of lifeforms that evolved under low concentrations of carbon dioxide. An atmosphere that works well for dinosaurs doesn’t have to work well for you and me.

-What matters is how fast you change the atmosphere. An alcoholic would be better off not drinking alcohol anymore too, but if you completely reduce your alcohol intake to zero overnight you are likely to die (see: Amy Winehouse).

But rather than focusing on how the climate changes when we change the atmosphere, how this affects plants and how the changes to plants affect humans, I just want to look at another question for today: How does it affect your own body?

Considering some of you are so selfless that you wish to resurrect the sort of atmosphere the dinosaurs evolved under, to help “green the Earth”, I feel like it’s worth asking: How would you yourself be affected by this?

Let’s look at the level of CO2 we evolved under: 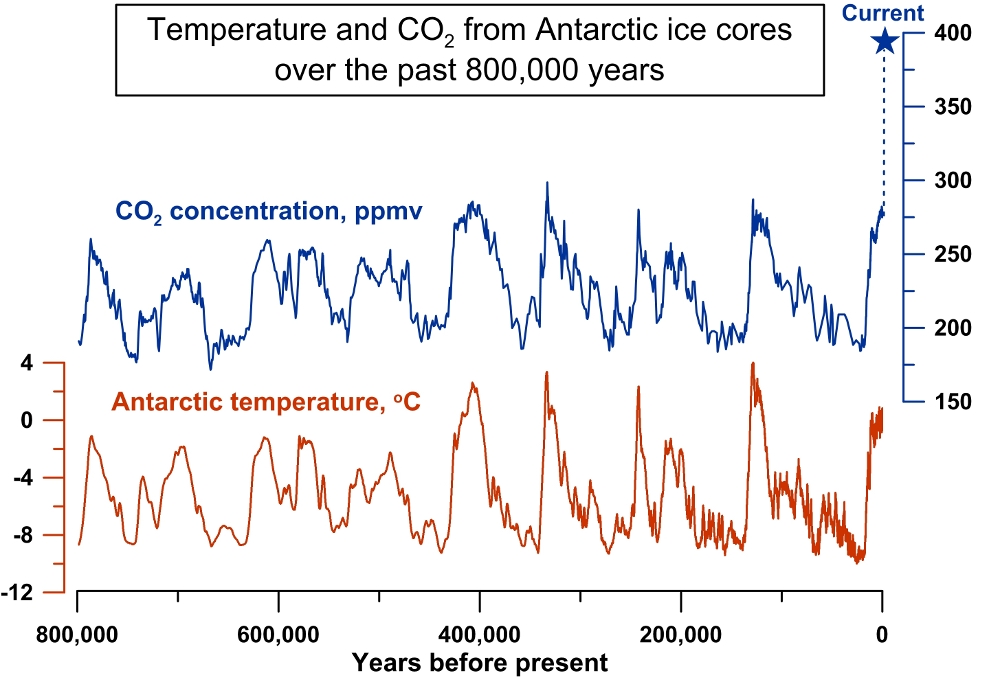 The last time we saw the concentrations of CO2 we see today, was three million years ago. Back then there were no humans. Our ancestor at the time was Australopithicus, who had a brain about 35% the size of ours. CO2 has all sorts of relevant functions in your body. If CO2 concentrations in the room build up due to poor ventilation, you get nervous and anxious. It also helps your body keep track of metabolic processes.

Let’s ask ourselves a question: 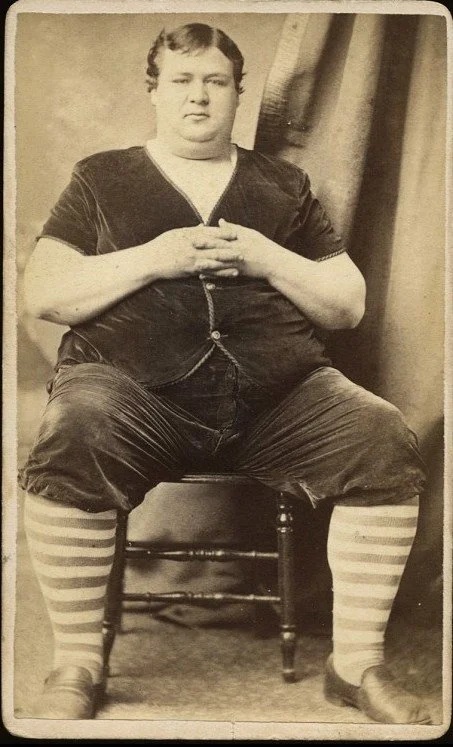 In the 1880’s, this guy was so fat that he was considered a freak, he was a member of a freak show. Today you can just walk into your local Walmart to see a guy like this. What happened?

“It’s the lack of exercise”

“It’s the endocrine disruptors in plastic”

All nice theories, but here’s a question for you: How come it’s also happening to lab animals fed a standardized diet?

It looks like something in our environment is changing. What could it be? Well, as the PH of our blood reduces due to excess CO2 in the atmosphere, there’s an increase in protein misfolding. It’s thought that this could lead to many of the modern epidemics we’re witnessing: Alzheimer’s, Diabetes and Obesity.

We see that PH in the brain is reduced in many mental disorders, particularly Schizophrenia and Bipolar disorder. It’s thought to not just be coincidence, but to play a causal role in the development of such disorders. We can already see at 1000 parts per million, that people’s executive function goes down: Excess CO2 in the air simply makes you dumber.

So here’s a question:

1. Maybe all those studies suggesting high CO2 concentrations in the atmosphere will cause catastrophic global warming are wrong.

2. Maybe all those studies suggesting high CO2 emissions will cause catastrophic ocean acidification are somehow wrong too.

3. But do you really believe that all those studies suggesting high CO2 concentrations in the atmosphere affect our own physiology are wrong too?

To me this looks an awful lot like wishful thinking. Compare your own obscure theory, that the sun causes global warming and CO2 is actually plant food and we need more of it because the atmosphere is starved of it and the satanic pedophiles who run the new world order simply want to use this climate change hoax to implement a global carbon tax, to my own theory:

-It’s even worse, if you decide to change the whole atmosphere in just a period of 200 years, as this is a very unusually rapid change in the Earth’s geological history.

And that leads me to the next theory I have:

-Maybe those creepy billionaires like Bill Gates want to block the sun and feed you bugs and take away your beef because they’re genuinely worried about what is going on, rather than just coming up with these strange ideas because they’re pedophiles who worship Satan.

Look at modern art produced by leftists and it’s all depressing and hideous, concerned with abstract existential problems. That doesn’t appeal to right wing conservatives, because most working class people just have a normal well-functioning psychological immune system that makes them feel alienated by that sort of stuff.

The right-wing brain is much better at coming up with all sorts of theories, to avoid the conclusion that the world is going to change for the worse.

Consider for example the sort of stuff they manage to come up with:

-Oil is abiotic and the Earth just regenerates oil for us, so we will never run out of it!

-The Earth is not overpopulated, we would all fit on Rhode island!

-Global warming is a hoax, the Earth is actually starved of carbon dioxide!

Your general tendency is to believe that the only real problem the world faces is being ruled by satan-worshipping pedophiles. If only we got rid of those people, all of our problems would be solved.

And that’s good for mobilizing people of course. You can’t win a war if you tell your troops: “Well those guys are roughly the same as us and their mothers will miss them too once we shoot them, at the end of the day they just have a subtly different culture and way of viewing the world than we do.” No, you have to depict your enemy as the absolute evil.

However, to depict our global elite as the absolute evil is not a good way to diagnose what’s actually going on in the world, which is something more akin to this:

-A handful of powerful people, whose power derives from using fossil fuels, are eager to deny there are problems involved in humanity continuing to use fossil fuels. Because of this contradiction, we fail to get the kind of global consensus that we need to solve the problem.

And that’s not a very happy conclusion to draw of course, but it is the reality we live in.