Today I want to give you two pieces of advice. The first piece of advice, I’ve said it before, but I can’t stress this one enough, is as following: Listen to your racist uncle Bob. The more marginalized someone is, the more likely they are to see through their society’s collective narrative and point out our blind spot. Dutch professors are now angry at the government, because the government won’t recommend people to take vitamin D.

Who figured this one out months ago? Your racist “self-employed” divorced uncle Bob, who dropped out of high school and thinks the world is ruled by a cabal of satanic pedophiles who can only be stopped by President Donald Trump (pbuh). Who told you to sit inside during the summer and develop a vitamin D deficiency? His pink-haired “plus sized” (lol) college educated niece. 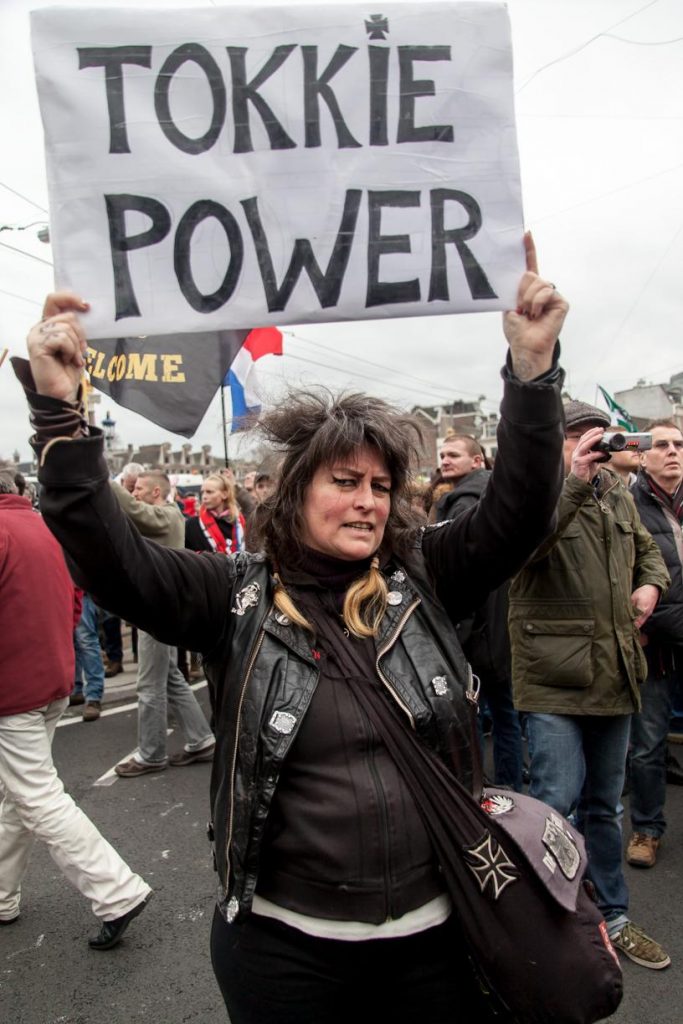 Racism towards poor middle-aged white men is the most widely accepted form of discrimination in our society, but it will be punished in the afterlife. You outsource a factory to China? You’ll be reincarnated as an Uighur child separated from his parents. You managed to get a study published that led your governor to shut down the local pub where Uncle Bob drowns his misery? You’ll reincarnate as one of the lab rats you tortured to earn your Phd.

You might think I’m being unfair. Uncle Bob is not the enlightened ascetic sage I make him out to be. His pink-haired plus-sized college educated blue-checked niece might not be the evil demon I make her out to be. If that happens to be the case, if you are a brave social justice warrior who feels unjustly maligned by me, then I have a very simple proposition for you.

If you are in fact today’s anti-fascist, if you are the kind of person who stands up against the modern day Nazi’s, good for you. But if you think the villain is your Uncle Bob who dropped out of high school and supports the heteronormative white supremacist patriarchy, then you’re honestly just a coward who is barking up against the wrong tree. Take a white piece of cardboard and a big black marker. Write the following three words on it: 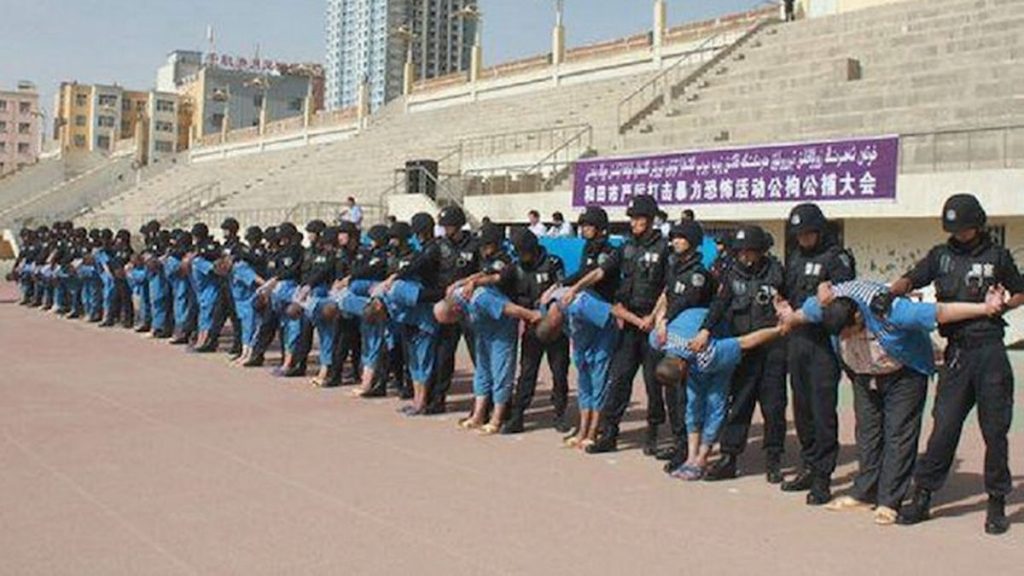 Go to your local public square. Stand there, entirely by yourself, don’t hide in a crowd. Hold your sign up in the air for one afternoon. That’s hard huh? Well, your Uncle Bob posts about his idiosyncratic conspiratorial worldview on his Facebook profile on an almost daily basis despite getting zero likes. Surely you can do what such a bigot as Uncle Bob is capable of?

Take a photo for your Twitter profile, post it there and I’ll bow down before my superior. Do the hard thing and I will respect you. Black Lives Matter? That’s cowardice. That’s not about black people, that’s about you, as evidenced by the fact that white leftists rapidly came up with its superlative: Black Trans Lives Matter.

The only thing you can do for black Americans is to stop othering them. As always, ask yourself: What Would Uncle Bob Do? If a black man walks up to Uncle Bob and his buddies and starts rambling that the world is ruled by satanic pedophiles who stole the election because President Trump was about to expose them, then Uncle Bob and his buddies welcome him as a long lost friend. On the other hand, if you’re a black man who walks up to a group of bourgeois blonde college students, you’re always going to be othered.

I’m a Dutch college dropout from a working class family, who sells Bitcoins for a living and has a predilection for obscure psychedelics. My overall influence on society is not exactly zero, but it’s still a rounding error. But maybe, through some sort of miracle, you’re someone who does have some sort of influence on society and bothers to read my blog. Maybe you’re a businessman, maybe you’re a celebrity with millions of followers on Twitter, maybe you’re a powerful politician. In that case, I understand you have a busy schedule, so I’ll keep it short. I have a simple message for you:

THE CHINESE COMMUNIST GOVERNMENT IS BUILDING CONCENTRATION CAMPS WHERE THEY IMPRISON ETHNIC MINORITIES, HARVEST THEIR ORGANS AND FORCIBLY STERILIZE WOMEN. THIS SHOULD BE HIGHER ON YOUR LIST OF PRIORITIES.

Every generation has its great moral challenges. Uncle Bob has his struggle against the minions of Satan and I wish him good luck, but this is ours. When you start figuring out what life is about, then you don’t really ask yourself anymore whether you’ll be rich one day or whether you will go to heaven after death, whether you’re pretty or not, or any of those kinds of questions. You will just find yourself compelled by duty.

That’s my second piece of advice: Recognize the shifting hedonic baseline and stop blindly chasing the carrot on a stick. I’m a relatively normal young man, with an ego, like every other young man. At the beginning of this year, I set myself a ridiculous goal: I would earn six figures this year. Lo and behold, my investments did well, so I actually earned six figures this year. Do I feel happier now? The answer is no, I don’t feel happier. Now I just think to myself: “Some people are millionaires before hitting thirty.” 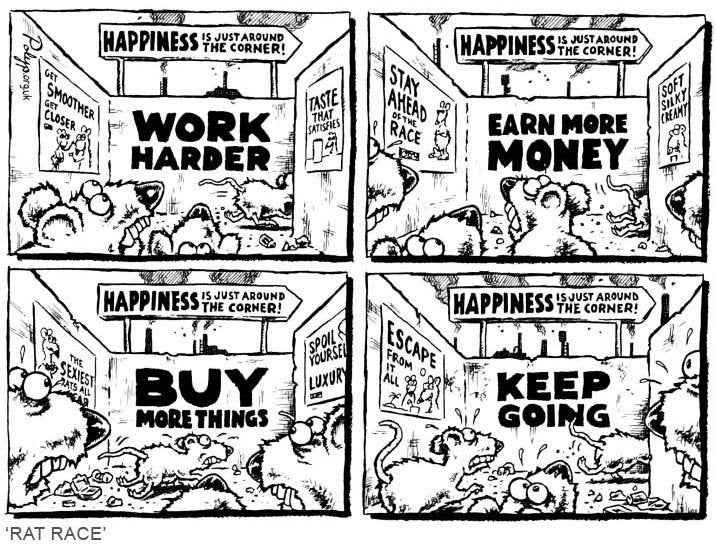 That’s the carrot on a stick that the Gautama Buddha warned us about. The pleasures of this Earth are fundamentally unfulfilling. You reach a goal and you find yourself aiming for a higher goal. The goals are set by your genetic code, that is designed to seek to amplify itself, because it is descended from genetic codes that were good at amplifying themselves. What sort of genetic code amplifies itself well? One that manages to acquire a lot of resources. What should the genetic code do when you actually reach the goal it set for you? Well, it simply sets a new goal and refuses to hand you your dopamine until you reach the new goal.

Communism is extremely dangerous, because communism teaches us essentially the inverse of all of India’s great philosophies. India is the home of idealist beliefs, the realization that the world of matter that we inhabit is a derivative of the world of ideas. India’s great philosophies are focused on teaching us how to achieve liberation from this world of matter. The communists on the other hand will tell you that material wealth is what will deliver you happiness in life, then they insist that by redistributing wealth from the rich to everyone else, you’ll be better off. In Mao’s China this led to the murder of the landlords, today it leads to the murder and persecution of China’s religious minorities.

But what does communism deliver us? It delivers us nothing but misery. You shall know them by their fruits. Look at an elderly Christian couple and you’ll generally find that they tend to have a quiet peaceful contentment in life. Their worldly desires are limited, so they can be content with their lot in life. Look at some pink-haired communist college students on Twitter or Facebook meme groups and you’ll find that they always have a long list of self-diagnosed mental disorders.

Look at Germany and you can see the perfect example of what I mean. Why are East Germans still less happy, thirty years after the fall of communism? Is it because they are poorer? I don’t think so. In the DDR, 2.5% of adults were Stasi informants. Imagine living in a society where your neighbors or your own family will betray you and report you to the authorities, when you express dissent. Imagine living in a society where you can not advance in life through use of your own talents, but merely by demonstrating loyalty towards the system.

Imagine living in a society, where all spiritual and idealist philosophies are persecuted. Imagine losing all opportunity for transcendence. Work for the state, patiently wait to get your car after ten or twenty years on a waiting list. That’s your life now. What happens after death? Why does something exist instead of nothing? Why do bad things happen to good people? What is the purpose of life? Don’t ask such silly reactionary questions comrade, go back to work, you will soon receive your Lada! How are people going to be happy in such a society?

They’re only going to be happy, by removing all the higher qualities from humanity. They create a new base man, the Soviet man, who is concerned only with temporal matters. Make sure a man asks simple questions, your simple answers will make him happy. Suffering? Why, when we have our post-scarcity fully automated luxury space gay communism, suffering will be obsolete! Any day now comrade, maybe one day earlier if you work hard enough in the coal mines!

My recommendation, when you feel dissatisfied with your lot in life, is to always realize that there are people who are worse off. There are always people and animals in this world, who have great injustices committed against them. Who are we to complain? I believe the only way to ever find lasting peace in this world, is to find out what is asked of you and to commit yourself to it.