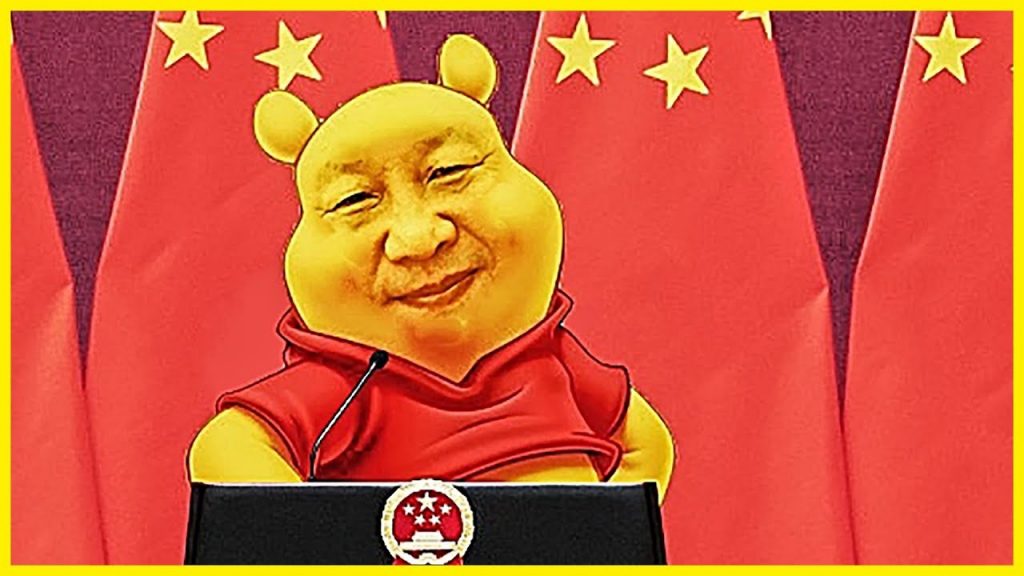 We’re all different, but we all have our own virtues and some of us show our best side during times of struggle. As an example, working class indigenous Dutch people were not very fond of mass immigration of Muslims, but now that Muslim youth have rioted against the lockdown measures, working class indigenous Dutch people and Dutch Muslims get along much better than ever before. The Dutch government had to abandon the evening curfew because they feared the Muslims would not put up with it during Ramadan. A growing number of young Dutch Muslim men are actually quite proud to be Dutch.

A few weeks ago I went to an illegal party in Amsterdam, my Moroccan taxi driver told me that he and his indigenous wife are “wappies”, low status working class Dutch people who protest against the lockdowns. Islamic culture has a healthy sense of fatalism: There are certain things in life that are just not meant to be under human control.

It’s also very clear that Xi Jinping feels threatened by Muslims. Hopefully Muslims around Europe see how the Jews are speaking out against the atrocities committed against the Uighur and so Muslims and Jews will get along better in the future too, just like indigenous working class Dutch people and Dutch Muslims do these days.

You can see the value and beauty of every culture, ideology and religion in how it inoculates a human being against Xi Jinping thought. We were all inoculated through the heritage we grew up with. Remember what you inherited and preserve it for future generations. We all inherited a weapon to wield against the dragon.

The Muslim was inoculated with fatalism, he knows that we are ultimately dependent on God for everything. The Christian was inoculated with compassion, because his messiah touched the lepers to comfort them. How did Jesus cure the Leper? With love alone. The biggest miracle that Jesus performed was seeing a human being, where others saw a threat.

The Hindu was inoculated with Ahimsa. The first principle is not to do harm to others. Indian doctors in American and Canada see children who are afraid of taking off their mask and so they speak out. If you want me to recommend a vaccine to you, I can recommend skipping Pfizer and going for the Bhagavad Gita. It will inoculate you against cowardice.

And I was inoculated with Western enlightenment thought. I was inoculated by Thomas Jefferson, who wrote: “all eyes are opened, or opening to the rights of man. the general spread of the light of science has already laid open to every view the palpable truth that the mass of mankind has not been born, with saddles on their backs, nor a favored few booted and spurred, ready to ride them legitimately, by the grace of god.”

It’s 2021, I personally don’t have a lot of interest in muh crime rates or muh islamization or any of this stuff that worried my parents generation. I think indigenous people who still lie awake about that sort of stuff need to realize that this is a thing you’re going to have to learn to live with.

I understand the anger. I was born in a big city where a third of the population, the people with money, left in the sixties and seventies. We were abandoned, left to fend for ourselves. My parents and grandparents generations were never asked, they were told. However, that’s not the hill I plan on dying on myself. What truly frightens me personally is that we are abandoning classical liberal enlightenment values in favor of a Chinese model of technocracy, an illiberal scientific dictatorship straight out of Bertrand Russell’s or Aldous Huxley’s nightmares.

The only people I see who are systematically trying to impose their values on me are people from the managerial class: People with Phd’s, blue checks on Twitter and pronouns in their biography. They look like me and speak the same language as me, but they feel endowed with the right to treat me as cattle. Political parties that represent the interests of working class indigenous Europeans should start to acknowledge this.

Science can tell us a lot of things, but it can’t tell us what we should value and cherish in life. Here’s what I value: When your father dies you should be able to hold his hand in the hospital bed. Your grandmother should be able to receive visits in the nursing home from her family. Your children should grow up seeing other people’s faces, they shouldn’t be afraid of breathing fresh air. If that increases the R rate by 11.61252% according to your models then I really don’t care.

The only people who genuinely inspire revulsion in me are cowards I suppose. People who choose the easy path in life, who adjust to whatever is popular, betray their own family and those who are more vulnerable than them. Not all high status people are cowards, but cowardice is an effective way to increase your social status. Just adjust to whatever indignities the technocracy seeks to impose on humanity and you will rise through the ranks.

The biggest act of cowardice that upsets me is the betrayal of children in the third world that began in March 2020. Western elites have abandoned the world’s most vulnerable, now we face a global humanitarian catastrophe. Children in Africa and India who still die from a lack of clean drinking water are going to be injected with an experimental vaccine against a virus that doesn’t affect them.

Hundreds of thousands of girls around the world suffered circumcision because the schools were closed, because of a virus that doesn’t affect them. Long haul COVID is bullshit, half of people in Indian cities have been infected and have antibodies, they coped fine. I get idiots telling me they know someone who still has pain in his chest when exercising. That’s what I get when I’ve spent months on the couch too.

Only interact with working class people who didn’t graduate college and with those few who did but somehow retained the ability to see through this collective psychosis. I would literally sign up without a second of hesitation, to spend the rest of my life scraping chewing gum off the pavement if that allowed me to cease all interaction with bourgeois people with high status beliefs. If I’m allowed to ask one thing for myself, it is that I will forget that these types of people exist.