So, today I went to the market and I once again ran into this strange man who was ignoring all the social distancing guidelines. I know it’s not polite to bring up and I’m generally really a “live and let live” kind of person, but some of you are probably already familiar with this guy and I have to mention this because the situation is really starting to escalate. We’re in the middle of a pandemic and this man was going around, touching people with a dangerous contagious disease, in violation of the law. 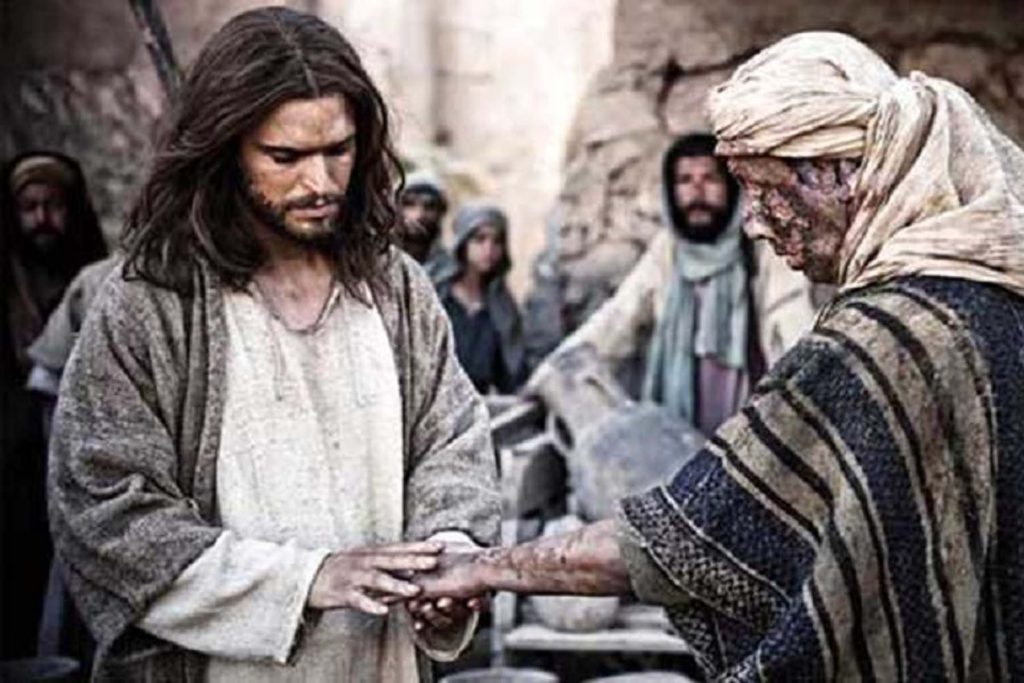 I managed to snap the above picture when he wasn’t paying attention. As you can see this guy’s face is basically rotting off, but this dangerous man seems to be entirely indifferent towards the public health hazard he happens to pose. We have clear rules that these people need to wear a bell and warn us when they approach, but this dangerous man just goes ahead and touches him. 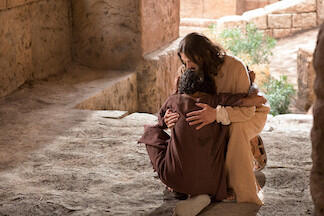 I mean look at this. This is the definition of a public health hazard. He also seems to start singing at random moments like a weirdo, I honestly think he’s probably on Psilocybe mushrooms or some other drug. Here you can see him in a video I recorded with my cell phone:

As you can see he starts touching a bunch of people who are clearly symptomatic, thereby inviting others to show up too. You can clearly see the danger this man poses to public health, through his refusal to abide by social distancing guidelines. He doesn’t seem to show symptoms himself yet, but I think there’s a fair chance he is an asymptomatic superspreader.

You need to look at this from my perspective: When I see this, I feel unsafe leaving my house. And frankly, you also have to consider what these antics do to real estate prices in our neighborhood. Do you think it’s good for your home value, if you have a bunch of people with rotting faces and missing fingers, huddled around a long-haired dropout in the middle of the street?

I’ve known this man for a while now. He used to work as an apprentice carpenter but suffered a quarter life crisis at some point during his twenties, probably compounded by whatever stuff youth these days add to their wine. They say he went backpacking to Kashmir where he spent every day in a drug induced haze, but I don’t know about that. There’s a pretty big gaping hole in his resume where nobody really has a clue what he was upto. That’s generally a red flag of course, but who knows.

Anyway, then he eventually met up with this doomsday preacher named John who baptized him. After John was beheaded he started organizing his own parties and began handing out massive amounts of wine to everyone, probably spiked with all sorts of junk they bought off dealers on the street. They invited prostitutes to these parties too. He also has a bunch of fishermen he recruited for his antics who follow him around, constantly causing disturbances.

You have to keep in mind that the situation is going from bad to worse. One day, I went to the synagogue to exchange some coins and all of a sudden, I saw this guy walking around with a whip, chasing people out screaming: “Don’t turn my father’s house into a den of thieves!”

I tried reasoning with this guy, explaining that some of us can’t just live off other people’s charity and need to go out and make an actual living, that this is the future of decentralized currency we’re dealing in here in the temple, that this will deliver people true financial independence, but he wouldn’t listen. I think he was probably on bath salts or coked up, it was not a pretty look. I even ended up getting hit by the whip myself, so I hurried away with most of my coins left laying on the floor.

So, that’s when I made my mind up. I asked the Pharisees to do something about this. I know they’re generally indifferent to our problems, but when I told them this guy goes around claiming to be a Rabbi I suddenly had their attention. This can’t continue like this. Not just for me and the rest of the neighborhood, but these people deserve professional help. The Pharisees told me it’s hard. He doesn’t have a home, he’s simply a drifter who moves from place to place with his friends, never staying in any particular place for a long time, so they can’t just send some people to lift him out of his bed.

He has a reputation among the Pharisees as a homeless drunk, but there are no rules against homelessness or drinking alcohol. They need to catch him breaking some technicality, which is harder than it might sound. That’s why I snapped these photos of him violating social distancing guidelines. I’m asking you to be on the lookout for this man, please pay attention and check whether he or his entourage are violating any rules, for example by harvesting grain on the Sabbath or eating food without washing their hands. I’ll keep you all updated if there are any new developments.