I think you could argue I have been excited about the collapse of civilization since I was a six or seven year old boy. I bashed my body against the rotten wooden fence of our school playground with my friends and imagined once the fence broke down we would gather all the other children and escort them on an endless journey through the wilderness. As I grew older, I incited my friends to stay behind with me as we walked back to school from the museum on trips, hoping the teacher would forget about us, we would get lost and embark on a wonderful adventure. When I feel remorse because I’m not a lawyer, a doctor or a professor, I remind myself that very few lawyers, doctors and professors were bashing their bodies against wooden fences back when they were seven year old boys in an attempt to escape school.

And then, one day, when I was fifteen, I incited a friend I had met through the internet, to escape from school with me. We would take a train to Paris and from there we would see what we would do. But then, on the evening before our escape, I canceled the plan I had crafted myself. I feared my parents would be upset, my face would be shown on TV and my life forever ruined, if I went through with my plan. I was right of course in my assessment, but perhaps I would have been better off not understanding the potential consequences.

I’m now a young man, not too different on the outside from all the others. The apocalypse I had hoped for has been delayed. Some guys my age learned how to become good at object oriented PHP. I learned how to become good at gathering wild foods. I learned a lot of things, but few of them are practically useful in today’s society. Do I care? Not really, because I didn’t sign up for their way of life. I know what I really want, it’s the same thing I wanted as a child. I sometimes catch a glimpse of it.

I’ve learned not to tell people what I really want, but overall, I have the kind of personality that thrives in chaos. I’m always on the move. I have few possessions. If I go on vacation, I take a backpack and travel from town to town. I seem to grow disillusioned by anything I have to do for more than a year. I don’t know what you should call that. ADHD, dark triad, nomadism, there are many different attempts at finding a name for it. The fact of the matter is simply that people like us exist. We like it when things go wrong and we tend to survive on the outskirts of society.

When it comes to what I want at a guttural level, I simply need to be patient. The kind of world I want to live in is simply not yet ready. For now the grind still needs to continue. However, what I have come to realize is that my desire is really not that weird or unusual. There are many people out there, who are just like me. This desire I have, seems very widespread.

Consider what might be my favorite video game. This game is called the Flame in the Flood. It has a charming soundtrack, with typical Americana folk songs. The game revolves around a young woman, who lives in a depopulated post-apocalyptic society. She has a loyal dog and she has a primitive raft, with which she descends a giant river swollen by an enormous deluge. If all of this reminds you of “a boy and his dog”, I’m guessing that’s not coincidental. There are clear references to pop culture. It’s worth noting for example the game has school buses that can be used to sleep in, a homage to the late Mr McCandless. As she travels through abandoned cities, home only to wolves, feral children and demented elderly, she gathers supplies, which she uses to build traps to gather rabbits and make warmer clothing for herself. 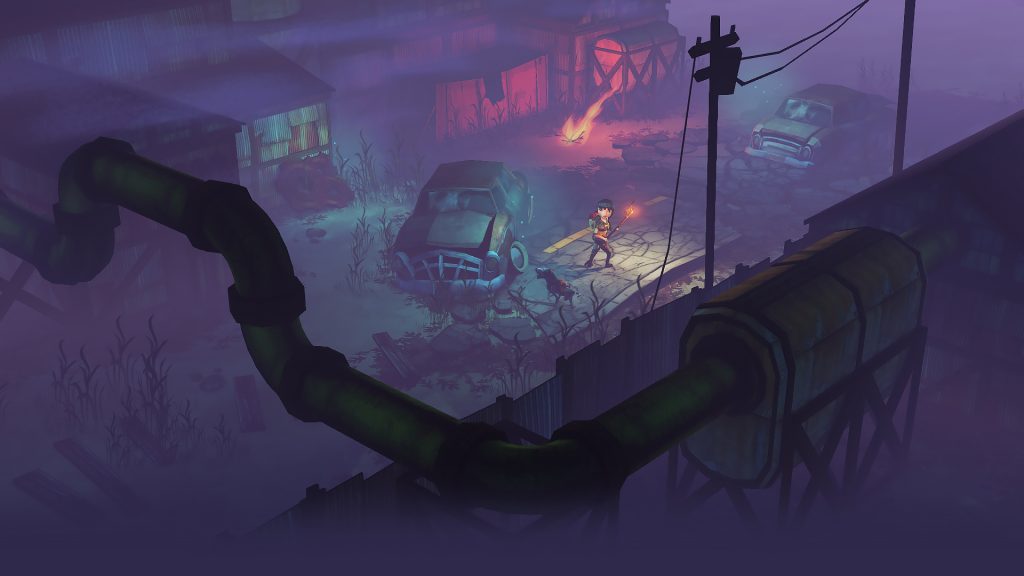 What I like most about the game however, is its atmosphere, which is difficult to put into words. The game is designed in a manner to make it effectively impossible to win, as the river goes on forever. The girl travels through a post-apocalyptic landscape, with no real chance of ever escaping. There is nothing to salvage, this is all that’s left. For her this is eternity, it’s the only thing she knows and it only ends when she dies. The graphics go a long way to building the atmosphere of dread and decay. The emphasis in this game doesn’t lie on realism and immersion. The emphasis lies on building a certain atmosphere, on showing a vision for a world that’s more beautiful and exciting than our own. This is what the game has successfully accomplished. 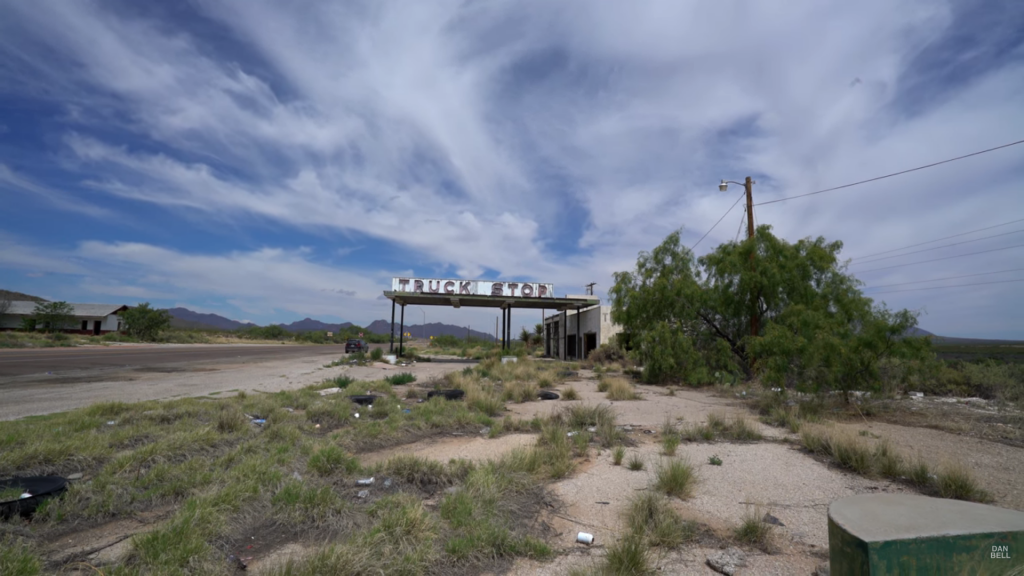 There is something else that delivers me tremendous joy. A man named Dan Bell has a very successful Youtube channel, where he documents the decay of American society. He gives us a first hand look at the despair of rural white America, through a landscape of dead motels and shopping malls, heroin needles and graffiti, overgrown with Japanese knotweed. He has a series where he films dirty motels, but more entertaining are his series where he films abandoned buildings and dying shopping malls, complete with vaporwave soundtracks that serve as a haunting reminder of an era of exuberant consumerism. Is there something I enjoy more than the sight of an abandoned and overgrown shopping mall in late autumn, decorated with dark clouds in the horizon and the white noise of raindrops falling onto its decaying roof? I struggle to think of anything. Again, this man captivates something so beautiful, my words struggle to do justice to it.

I also think I have found my favorite movie. The movie is called Enter the Void. It could be considered a psychedelic melodrama, a cyberpunk nightmare on LSD, a reenactment of the Tibetan book of the dead, or all three. The movie is set in the claustrophobic environment of Tokyo, where a young Western drug-dealer dies after being betrayed by a friend. The movie then follows his restless spirit, as he observes the consequences of his death on the lives of his sister and his friends.

There are a lot of things to like about this movie. Tokyo looks gorgeous at night, the story is bleak, but perhaps most importantly, the movie is also confrontingly and unapologetically modern. The movie revolves around young adults living in a foreign nation, who sell drugs for a living and don’t really have a functional narrative around which to construct their lives. It is the emptiness and lack of direction of their lives, the haunting feelings of guilt, the inability to distinguish right from wrong, that makes this a modern movie. I think we could call this inverse escapism. Rather than fantasizing about a glorious future or a glorious past, it confronts reality to a degree that it hurts.

The heaths of the Netherlands 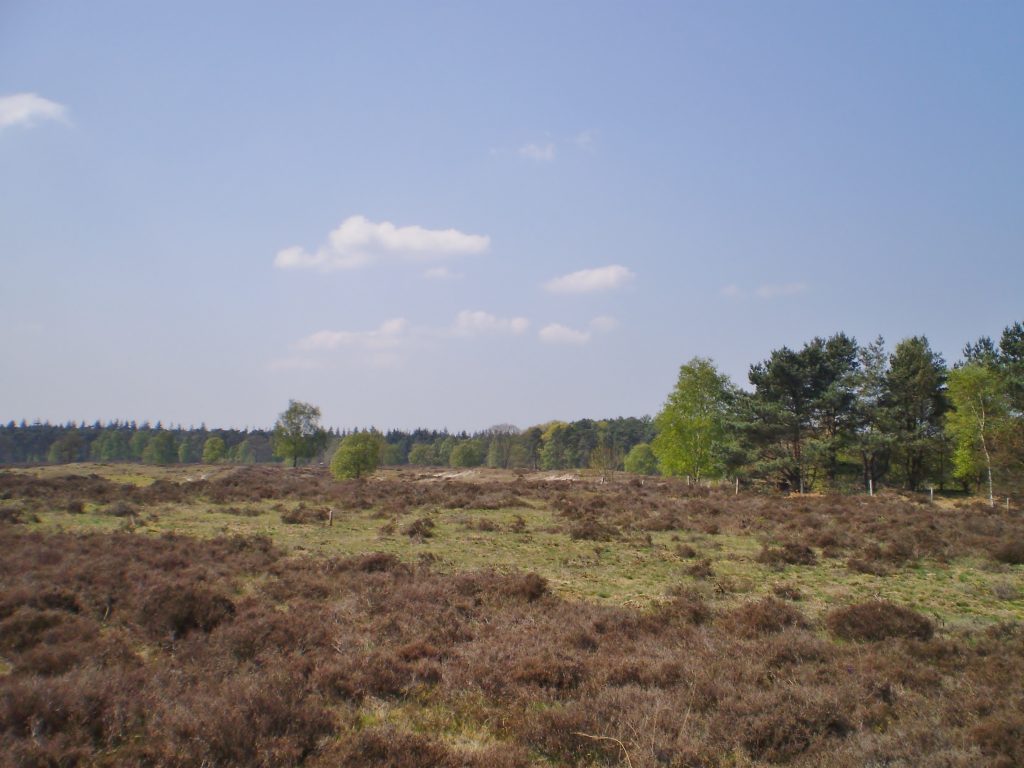 Perhaps I like the landscape I live in most. I live near the forested hills of Utrecht. The landscape here takes great effort to preserve, always under threat from economic growth, air pollution and human greed. The place the poet sang of can´t be recorded in a picture, but I can nonetheless make an attempt. This summer, the forest suffered from a severe drought, but in fall the forest has recovered. It looks as beautiful as I can imagine. The Amazon jungle might have its own charm, but it is always an alien environment to me. It´s here, in the forest in fall, when I feel most alive.

But I do not get too attached to any particular place. I know that anything that is too beautiful will be destroyed, in the name of progress. If you see an abandoned countryside estate, home to statues shrouded in mystery, with paint chipping off the wood, surrounded by trees that grew spontaneously and home to owls and bats and hedgehogs, you know that someone is going to build an industrial wasteland there. Things that are too beautiful are offensive to mediocre men. These men in their suits, who work as managers of this, consultants for that, know there is something out there they can not comprehend and it makes them angry, like an evil vengeful form of artificial intelligence that decides to torture those who can experience qualia. Mediocrity survives, but over time, the mediocrity will give birth to something beautiful again.

What I am attached to is not the place, but the vision of eternity. What I love will disappear here, but reemerge elsewhere. It can never die. Feral pigs traverse the Texas countryside, hybrid coyote-wolf-dogs encroach upon American cities. Homeless teenage girls give birth to the illegitimate children of train-hopping crust punks, as overpaid IT consultants with four year college degrees who did everything right in their life attend therapy sessions. What´s beautiful, good and true never dies, it simply becomes unrecognizable to the wicked.

With that said, let me show you a picture I made in the forest of one of my favorite mushrooms, the iconic Amanita Muscaria: 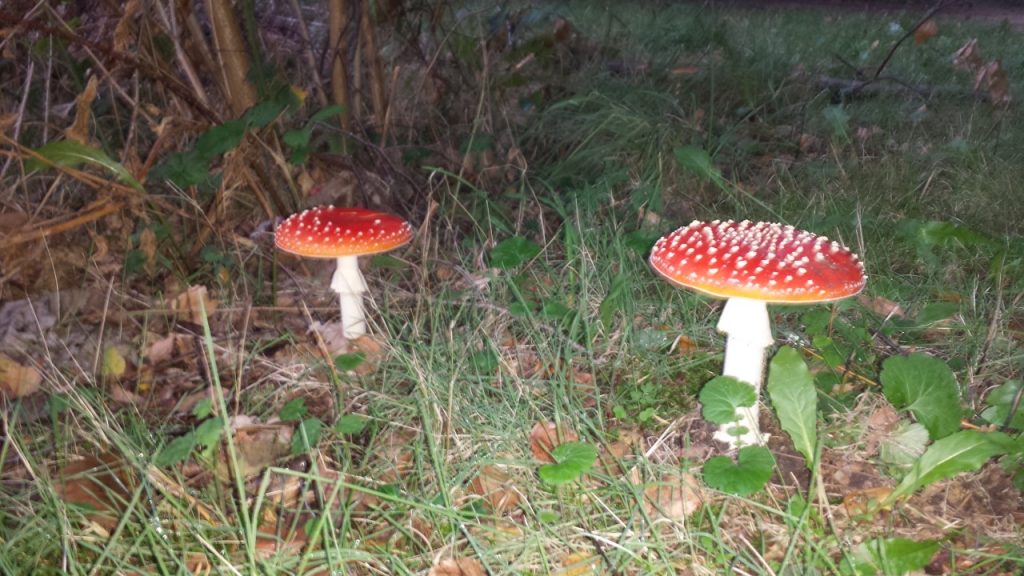 They seem to thrive in the soil of this hilly landscape, I´ve never encountered them in the town I was born in.

My taste continually evolves, as the circumstances I live in change. These days, I´ve listened to a lot of Future Garage and hypnotic ambient music. The previous music dump is found here.

Here´s a list of some songs I have enjoyed lately:

Perhaps I should be fair and point out these are songs that work particularly well when you’ve had the privilege of consuming a San Pedro cactus.

Beyond hypnotic ambient, I have also grown quite fond of Future Garage. Here are some examples: