This is my advice for today. I mean it as a general form of advice in life. Men who are dumb need to be taught to be submissive, because their stupidity tends to get them in trouble and causes other people problems too when they’re not submissive. This leads to a phenomenon we see more often, the problem of smart people in childhood assimilating virtues that are actually meant to help keep dumb people under control.

Submissiveness is a huge problem, mainly for men. Women are able to forgive almost any flaw, except submissiveness. You’re bald? Shave it all off, if she has a bald dad she’ll merely like you more. You’re fat? Fat women like that, it makes them feel more secure. You’re ugly? Be funny. You’re poor? Be strong. You’re weak? Be rich. It’s very hard for men to suffer an unforgivable flaw. Except submissiveness.

Testosterone is the hormone that makes people wish to dominate. If as a man, you have no desire to dominate, but to submit, then it’s a signal that something else is wrong. In my case, when I notice I have no real desire to dominate, then it tends to be relatively simple to find out what’s wrong: I screwed up my sleep schedule by staying up until 2 AM then getting out of bed at 1PM the next day. Go to bed at 11:30 PM, forbid yourself from spending more than 9 hours laying in bed. If you spend the first two hours laying awake, sucks for you, but you still have to get out after 9 hours, you’ll make up for it the next night. Before you know it, you’re a healthy man again, that is, a dominating asshole.

The other problem we have is that our Western men grow up in a culture that teaches us to feel like bad people for dominating others. The fact of the matter is that we dominated the whole world. We then had two world wars, during which Europeans decided that they felt so threatened by other Europeans that they had to relinquish their colonies (genius move, thanks again guys, next time you pick up the phone to talk to the customer or stock shelves at your minimum wage job, blame Woodrow Wilson). Subsequently we ended up with a situation in which we feel ashamed for ever having dominated in the first place.

But that skips over a lot of problems. Nobody else is taught to feel ashamed of power the way European men are taught to feel ashamed of it. The reason there’s a Black Lives Matter movement in the United States but not in the Middle East is because in the Middle East, slaves were castrated. Americans fought a war to liberate their slaves. Who feels guilty now over slavery, Arabs or Americans? There you see the problem.

The British feel ashamed of ever having governed India, a subcontinent of a billion people. I’ll be the first to say that plenty went wrong, mainly the way the British institutionalized the caste system, but you know what was worse? When Muslims ruled India. Indians proved unable to unite in opposition to their Islamic invaders. When Europeans faced that problem, we united and launched our crusades. Indians did not manage to do that. As a consequence, they suffered a death toll of over 80 million people and were reduced to slaves.

The fact of the matter remains that the entirety of Asia appreciates Europeans. Young blonde men who visit Japan are hunted down by young women like sheep by a pack of hungry wolves (can’t blame them). In China, you can be paid to pose as a white guy in a suit. That’s all you need to do: Allow Chinese businessmen to insinuate to other Chinese people that they have connections to Europe. And India? Don’t even get me started about India. Or Pakistan for that matter, where backpacking German wokies have a mental breakdown when local Pakistani men try to impress them by claiming they have Aryan ancestors too.

I think the feeling should be mutual. I like Asian cultures, but I like them more with me on top. That’s the way the world is supposed to look: Me on top, followed by my family and friends, followed by everyone else. I’m a me supremacist. If you’re male and you don’t feel that way yourself, something is wrong. It might be a mind-virus (Christianity, Social Justice, etc) that makes the conscious part of your brain waste its energy fighting the subconscious part as opposed to operating in harmony, or it might be a health problem (too much screentime and poor sleep is my guess), but something is wrong.

Frankly, this is just the natural ordering of nature. Let me show you what I mean. Bill Hwang is a Korean-born investor who lost 20 billion dollar in a period of two days, when his hedge fund blew up. He tried to dominate the American economy, by buying up companies like ViacomCBS.

Unfortunately, Asian men can’t control their gambling instinct. One of the companies I own is a Chinese mushroom farm, where the CEO lost all his own shares because he put them up as collateral to buy other stock. For some reason this keeps happening to them: They can’t help but arch their backs and bite the pillow.

On the other hand, we have Warren Buffett, who is quietly buying up Japanese companies. When you buy shares in a company, every employee in that company works for you, for the sole purpose of giving you more money and thus more power. And Japanese companies are just begging for it.

Not just Japanese companies by the way. East Asian cultures are very authoritarian, which has the unfortunate side-effect of making the boys submissive. That’s what happens to boys whose lives are reduced to getting good grades and who then don’t have access to weed and psychedelics to fix their damaged brains: They become submissive and start buying used panties from vending machines. You can’t expect the girls to fix that problem, so we end up with places like South Korea, with 0.9 children per woman. At this point in time, the only cure for Asia’s stagnation is the BWC. Asian companies need the BWC shoved down their throat as much as the ladies do.

Now, I feel forced to address this question. Some people think that different ethnic groups need to stay separate, that Europeans belong in Europe and everyone else belongs in their own country of origin. However, that’s nationalism, a 19th century invention by oppressed ethnic groups like the Irish. The reality is that might makes right. If you’re able to dominate, then you’re supposed to dominate, because if you don’t someone else will and the fact that you’re even asking yourself whether you should dominate suggests that you would treat the dominated better than people who don’t ask themselves that question. 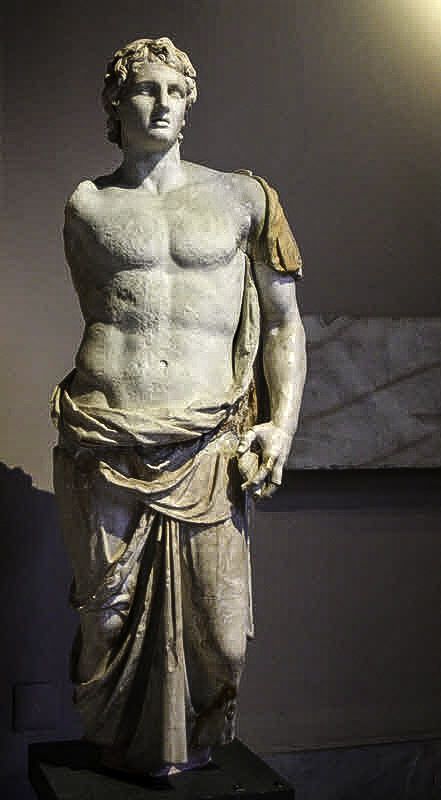 To dominate doesn’t necessarily mean you have to be cruel, that’s a different fetish. It just means that you’re the one who decides what is going to happen, that other people have to do what you say. When the right people are dominant, everyone benefits. If you’re unhappy, there’s a fair chance the reason is because you’re the kind of person who should be dominant but isn’t. Don’t tell me you’re unhappy because the planet is dying or God is dead or any of that sort of abstract stuff. Your human brain isn’t designed to base its mood on such abstract problems, you only find out about those problems because of your mood.

Most of them time, when someone tries to make you feel bad for colonialism, that is, collectively banding together to dominate others, it’s someone who wants to be the colonizer themselves. Consider our own old colony, Indonesia. When the Dutch left, did colonialism come to an end? No, of course not. What happened was that the Javans simply become the new colonizers, they now had complete control over the archipelago and the other ethnic groups were forced into submission.

“We’re free now from the shackles of colonialism!”

How about China? Are you starting to miss that century of humiliation yet? I know I am. I think the Tibetans and the Uighur are too. You can talk to almost any Asian and they will resent the mainland Chinese. You know who they don’t resent? The BWC. Even the Chinese tourists come to Europe in tour busses and the only question they spend their time trying to answer is: How did Europe become so succesful when we began to stagnate?

The problem is that Europeans have a religion that teaches compassion and costly altruism: A long-haired Jewish hippie literally gave his life and let himself be tortured to death, to save us all from the consequences of our own failures. That’s the mentality we have, that we need to make sacrifices for other people. Unfortunately that rapidly turns into a positive feedback loop of status signaling, until you eventually develop magnesium deficiency because you don’t trust that the fair trade chocolate you bought in the supermarket is really free from child labor.

You need to learn to accept that there are limits to altruism. You can’t allow your whole mind to be taken over by pathological altruism, that’s how you end up as Greta Thunberg, or worse, kissing your girl when she needs to be choked. When altruism starts interfering with your ability to dominate, that’s when it goes too far. You might think to yourself: I need to donate my wealth to a charity that gives birth control to women without access to it. That’s nice in theory, but in practice you’re simply handing over your ability to dominate to someone else, who is going to dominate on your behalf. Warren Buffett doesn’t do that, he waits with his altruism until his own death.

That’s all I have to say today. Go out and dominate. Make the whole world bite the pillow.