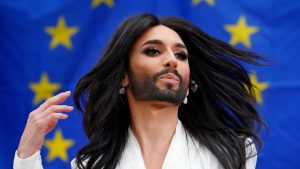 Why do Russia and the West hate each other? Fundamentally, it seems to me that the conflict can be traced back to a difference in values. Both nations are major powers, but so are the EU and the US, yet these two great powers get along fine in practice. A conflict between great powers requires an underlying conflict in values. In the West, we propose that we should accept people the way they are and that it’s impossible for us to pass a judgement in regards to how they live their lives. This is the value around which Western society has been designed. Russia has tried this experiment, or at least a very similar experiment, that lead to a catastrophic slow-motion collapse of their society.

Russia in contrast, strives for all of its citizens to be the best version of themselves. This can be considered to be a form of intolerance, because to set a goal for people implicitly means declaring the way they currently live or the choices they might wish to make themselves are intolerable. Russia encourages young people to start families through propaganda in the subway and young people are given the opportunity to receive land for free in the Far East. Whereas Russia gives away free farmland, the most young Europeans can hope for to start their lives are college loans with low interest-rates. Homosexuality is tolerated, behind closed doors. Russia does not tolerate the public promotion of lifestyles that are not conducive to stable healthy families. In Russia there is a strong norm, people are expected to strive after the norm and if they don’t want to strive after the norm, they should keep it quiet.

Ironically, most Eastern European societies largely function in the same way. Poland is not a fan of homosexuality and abortion. Hungary is a very nationalist country. The Eastern European nations have little patience for what they perceive as the decadent permissiveness of Western Europe, in regards to drugs, gender-bending, abortion and mass migration. So why did these countries ever join the European Union? There are a number of reasons.

It should be noted however, that the values of Western Europe are not even universal in Western Europe. There is a strong backlash from within the West against the direction our societies are drifting. There is an enormous paradox inherent to the situation in which political parties that were founded by homosexuals and emphasize tolerance are now joined by Muslims who will publicly emphasize that homosexuality is a sin. When you preach tolerance to your own choir, even of competing value systems that do not reciprocate your tolerance, you’re preaching a form of replacement theology.

With the exception of those who grew up in the big cities perhaps, Western European young heterosexual men generally don’t enthusiastically support the replacement theology pushed upon them. They thus vote for right-wing political parties that desire cordial relationships with Russia and pride in their own cultural heritage. Slowly but steadily, they are also beginning to admit to themselves that you can’t expect a people to base their sense of self-worth on their tolerance towards homosexuals, women and Jews. An identity needs to be based on something more than that.

My own bias must inevitably shine through in this essay. It should be clear that I’m not enthusiastic about the direction my society is drifting and the apparent desire to evoke a conflict with Russia, a major nuclear power. This isn’t however because I idolize Russia. I’m not naive enough to believe that the long list of dead Russians in Britain is the result of a series of “false flags”. I’m even beginning to suspect that Assad, who is running out of young men to send off to war, genuinely uses chemical weapons against the Islamist rebels. It’s also directly apparent to me that Russia is an authoritarian dictatorship, with a president who came into power by a series of mysterious explosions in apartment buildings blamed on Chechen Muslims that came to a stop when the FSB was found planning an “exercise” that involved blowing up an apartment complex. I can’t idolize Russia with a straight face. Putin is willing to break a whole bunch of eggs to make an omelette and doesn’t really care if we notice the pieces of shell stuck in the yolk.

At the same time however, I can’t feel happy with my own leaderships’ insistence on stirring up a conflict with the Russian bear. Russia hasn’t done anything to us that’s worth entering the fallout shelters over. I can live with the fact that Russians are not allowed to dance around in a thong on a boat in a canal once a year. I consider my own political leadership to have engaged in a crime against its population, much worse than whatever evil Putin might have carried out. In Rotherham in the United Kingdom, 1400 children were sexually abused by Pakistani men whose culture glorifies sexual abuse, those who witnessed the abuse were afraid to speak out because indigenous Europeans have been taught to think of themselves as racist second-class citizens. As an indigenous European, I can only feel as if my own authorities have thrown me before the wolves. The economic arrangement of the society I live in has made it nigh impossible for me and my peers to start families and my government solves its own resulting demographic crisis by importing young third world migrants.

More than anything however, it’s clear to me that it’s primarily the West that incites aggression against Russia. As European citizens, we’re supposed to turn off our long-term memory. We promised Gorbachev in 1990 that NATO would not expand towards the East. We then started “color revolutions” in Ukraine and Georgia, leading to the rise of Sakashvili who sought to invade South Ossetia against all treaties and common sense.

We also have a catastrophic military history behind us. We invaded Iraq and triggered a civil war that lead to more than a million deaths and the establishment of a new caliphate. We overthrew the Libyan government, leading to the present situation where the nation is run by competing Islamist groups and former mercenaries start civil wars in surrounding African nations, while Islamists moved to Syria. Here the Western nations and the Sunni Arab oil monarchies fund and arm Sunni terrorists who seek to overthrow the Alawite government backed by the nation’s Christian, Druze, secular and Shiite minorities. This civil war has lead to hundreds of thousands of deaths so far, because Western nations have no desire to stop the arms flow. How do five hundred people who died in a chemical attack compare to parents who live to see their children beheaded or captured as sex slaves?

In the end, I can’t say that I’m excited about the prospect of imposing Western values on those parts of the world, where our Saudi friends haven’t imposed their own Saudi values yet. The last twenty years of Western interventions in formerly stable dictatorships have led to nothing other than catastrophe. Our governments know their interventions lead to catastrophic failures and hundreds of thousands of deaths, but they seem to consider this a justified sacrifice if it helps dismantle Russia’s sphere of influence. To me, this is pure insanity. 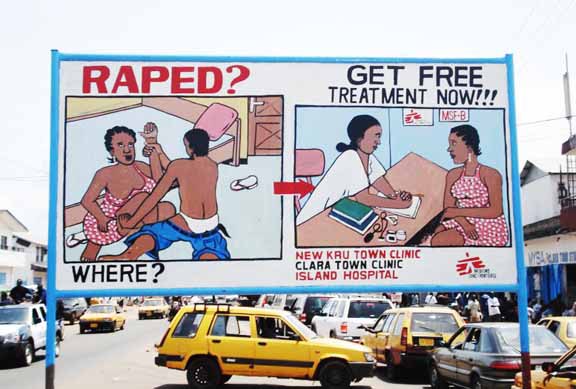 Western values are a product of Western culture. It took hundreds of years for Western people to create the kind of culture where we can tolerate social deviance and agree to disagree with each others decisions. We’re not going to duplicate our societal model by handing out rifles to the right group of people. We will need to accept that we are relatively unique and more importantly, we will need to accept the fact that our own cultural model is highly fragile. Our demographic replacement will inevitably lead to the end of our way of life. Personally, I think we have already made our way of life unsustainable through mass migration, the most stable prospect for the future to me would seem a hybrid of Western and Russian values.

We also need to understand the concept of tail risks. No matter how small the risk of nuclear war with Russia may be, as everyone has a habit of backing down when push comes to shove, we can’t afford the risk that someone somewhere sets a series of events in motion that lead to our own annihilation. To risk a billion deaths over 500 lives means not comprehending tail risks. And, perhaps most important of all: I’m simply not very eager to die in the trenches for a woman with a beard.