I tend to differ from most people around me in that I value the years of life left for young people relatively more than those for the elderly. I think we truly underestimate how miserable the last years of a person’s life are. I think everyone who turns seventy should spend some time visiting family in a nursing home, then you can make an informed decision about how you want to leave this world.

I remember my grandmother, who suffered terrifying hallucinations in the nursing home, she would wander up and down the hallways and when I said hello the first thing she would tell me is that she is being chased by people. She had lived through the second world war, so heaven knows what sort of misery she was forced to relive. Dementia tends to be characterized by impaired cholinergic neurotransmission, so I imagine the experience may be somewhat similar to terrifying anticholinergic plants like Datura. This is just one of the terrifying indignities we force upon the elderly, there are many more but I don’t want to depress you.

Lil Peep explains why everyone should take mushrooms

The most humane thing we can do for elderly people is to encourage them to take psychedelics and discover what most young people I speak to have already experienced: The interconnectedness of all life. Ultimately your sense of self is just a series of connections between different ideas, sensations and memories that evolves over time. Psychedelics do the exact opposite of what the system does: They make you able to spend the last period of your life at peace, rather than making you frightened of any sort of germ that might rob you of the opportunity to spend a few more months suffering in a nursing home.

Nietzsche wrote about a prophet Zarathustra, who would give human beings a goal that is so disgusting that humans would hopefully revolt against it and become ubermenschen. What happens instead is that humans embrace the disgusting goal and become the Last Men. In an essay “Nietzsche, the Crisis, and the War,” Eric Voegelin summarizes Nietzsche’s description of the “Last Man” as following (emphasis mine):

Zarathustra preaches the gospel of the superman to the people, and the people are silent. He then tries to arouse them by an appeal to their pride and draws the picture of the most contemptible, of the Last Man, whom they will be unless they overcome their present state. The Last Man is the man without creative love, without creative imagination, without a desire for anything that is more than himself. “What is a star?” asks the last man, and he is satisfied with his little pleasures and the comforts of his existence. What he wants is: some warmth, some neighborliness, not too much work, protection against disease, a sufficient measure of drugs to create pleasant dreams (liquor, movies, radio), no poverty but not too much wealth. He wants to know what is going on and to thrash it out; all want the same and want to be equal; he who feels different goes voluntarily into the insane asylum; “formerly all the world was insane”—say the most subtle and leer; one has a pleasure for the day and a pleasure for the night—but with restraint, for the last man is concerned about health and wants a long life. “‘We have invented happiness’—say the last men and leer.” At this point of the speech the audience breaks out in enthusiasm: “Oh, give us this last man—make us these last men. You can have then your superman!” and they laughed. “But there is ice in their laughter,” adds Nietzsche, having diagnosed correctly the schizophrenic touch of the man who is last because he is lost spiritually.

Doesn’t that kind of summarize the dorks who want to abolish Western civilization and lock themselves up in their homes to protect themselves against a glorified cold virus? The noblest 25% of 18-24 year old Americans are suicidal according to recent surveys, because cowardly dorks, Silicon Valley bugmen and power-hungry academic narcissists are trying to steal the best years of their lives from them.

This is what youth is supposed to be like, any Godforsaken bugman in an academic ivory tower somewhere who would dare try to deny this to you based on his theoretical models is an agent of the demiurg.

To all those suicidal young people I have a very simple message to share: Your life matters. Bad rules exist to be broken. Don’t be like Lil Peep, 21 is far too young to commit suicide, you still have plenty of years left in your life before you become old and boring. Parties haven’t suddenly gone away during the lockdown, they merely got more exciting. In my country, we constantly hold illegal parties these days, in the forests and in abandoned buildings. Eventually the police show up and everyone flees into the forest in the dark. What are the cops going to do, arrest 300 people? They’re powerless, they can’t do jack shit. 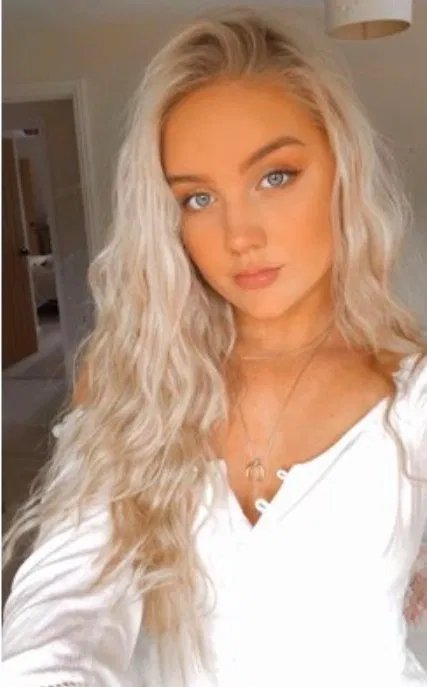 We have lost too many beautiful souls already. Here is an example. Emily Owen, a nineteen year old girl with high functioning autism who sacrificed herself on the 18th of March this year. She refused to live like this. Ultimately, it’s not just a matter of isolation, or boredom. It’s a matter of dignity. Throughout history it has been normal for people to commit suicide when their dignity was under attack. If you’re asked to sacrifice the best years of your lives so that old people can spend a few more years staring at the tube, that’s an insult to your dignity.

I spent a few hundred euro of my own money to set up two cactus parties, because that’s what I consider fun. Other people are also organizing secret illegal parties, spending vast sums of money and risking huge fines or even jailtime. Why are we doing this? To keep one more Emily Owen alive. We have to fight back. There is no other option. We are the people who want an exciting life and accept the risks that entails. We are persecuted by those who want the illusion of safety, as they spend nine decades on a giant rock that circulates around an enormous nuclear furnace in an immeasurably vast universe where stars crash into each other at random and black holes swallow anything that gets too close.

When you’re young, you need to focus on enjoying your youth. “But if I go to a party I will infect my friend, who will infect his mom, who works at a nursing home!” Yes, that’s part of the cycle of life. It happens every year, the average life expectancy of nursing home residents is less than a year. Sometimes the flu kills them, sometimes a coronavirus does, sometimes they become depressed enough to stop eating, sometimes a nurse is merciful and gives them an extra dose of morphine.

What do they want themselves? Just one thing: They want to see their family. They want to see you, because when they look at you they see that life is continuing. In the words of 104 year old Mary Fowler: “I think when you’re my age, you deserve to see your family. And so all you want is a lot of happy faces around you.” Mary, God bless her beautiful soul, has more wisdom to share in a single video than ivory tower academic dorks do in a lifetime.

One more thing. Young guys who are bisexual need to learn to accept themselves and act on their desires, before you’re an old married man and feel upset about the opportunities you threw away. Young bisexual women already know this, but in contrast to young guys they aren’t made to feel dirty and ashamed of themselves in our Western culture. Lil Peep gave the right example to his young fans: By being honest he helped reduce the taboo that makes young guys hate themselves.

I think we should hold surveys, where we ask elderly people how many years in their nineties they would be willing to sacrifice, to live through one extra year of their twenties. I expect the ratio to be at least around 5:1. If you’re old you understand the concept of dignity better than most people. I wouldn’t want my legacy to be an entire generation of young people who suffer social anxiety and depression because they were prohibited from having normal social interaction. We’re already a generation that grew up staring at screens and need to fill our nervous systems with MDMA to become extraverted enough for a party, so why do pencil-necked epidemiologists insist on making our social deficits even worse? Are you really that eager to bring birth rates down to zero?

I don’t disrespect the elderly. In fact, the smartest ones tend to have the kind of intuitive wisdom that generally doesn’t survive a college education. You’ll find few elderly who genuinely want any of this nonsense, but most ended up adjusting to it after a few months because they were endlessly exposed to the propaganda on the TV. It’s disrespectful towards the elderly when we sully their legacy by hurting young people and telling them that this is a sacrifice they must make for the elderly. It’s inevitable that the young will end up resenting the old as a result, even though they should resent the power-hungry narcissistic academic dorks who caused this disaster.

In fact, if we were blatantly honest about it, I think we would generally find that we would probably sacrifice more than one year of our forties or fifties for an extra year of our twenties. That’s taboo, because you’re supposed to just put up with it. When you were twenty your dad had to guard your bedroom with a shotgun, when you’re forty you’re happy if nobody snatches away your husband.

Women spend vast fortunes, putting cremes on their faces that make them look like they’re still in their early twenties. Here’s a hint: Some of these cremes actually work, but the trick is to start using them early on in your life. They can’t stop aging, but they help slow it down. I know some ladies in their thirties who have been vegetarian for most of their life and regularly use a vitamin C serum, they genuinely end up looking like they’re still in their early twenties. After a while however, you’ll nonetheless need to accept that the good times are over.

With the technologies available to us right now, you’re going to grow old nonetheless eventually, which inevitably leads to death. You can stretch the process out a bit and by exercising and eating healthy you can increase the number of good years you have left, but you’ll die anyway.

That’s a good thing. Life is fun and meaningful because you’re constantly exposed to new things. As you grow older, you’ll find yourself stuck talking with the same people, doing the same job, watching the same shows. Imagine being a child again and getting to experience everything again. Nothing in nature is trivial, it makes perfect sense that human beings have a limited lifespan. Our mistake is that we’re always fighting against nature.

As old people, we need to accept that our lives matter less than those of young people. I’m thirty. I enjoy my life, but I will readily admit that my life matters less than that of a twenty year old. A twenty year old still has vast opportunities ahead of them, I have a limited range of opportunities left in my life. I have had ten more years to have fun and learn to make peace with the inevitable prospect of death than a twenty year old. How sorry am I supposed to feel for an 84 year old who dies of an unremarkable virus? A society that sacrifices its youth for its elderly has embarked on collective suicide.